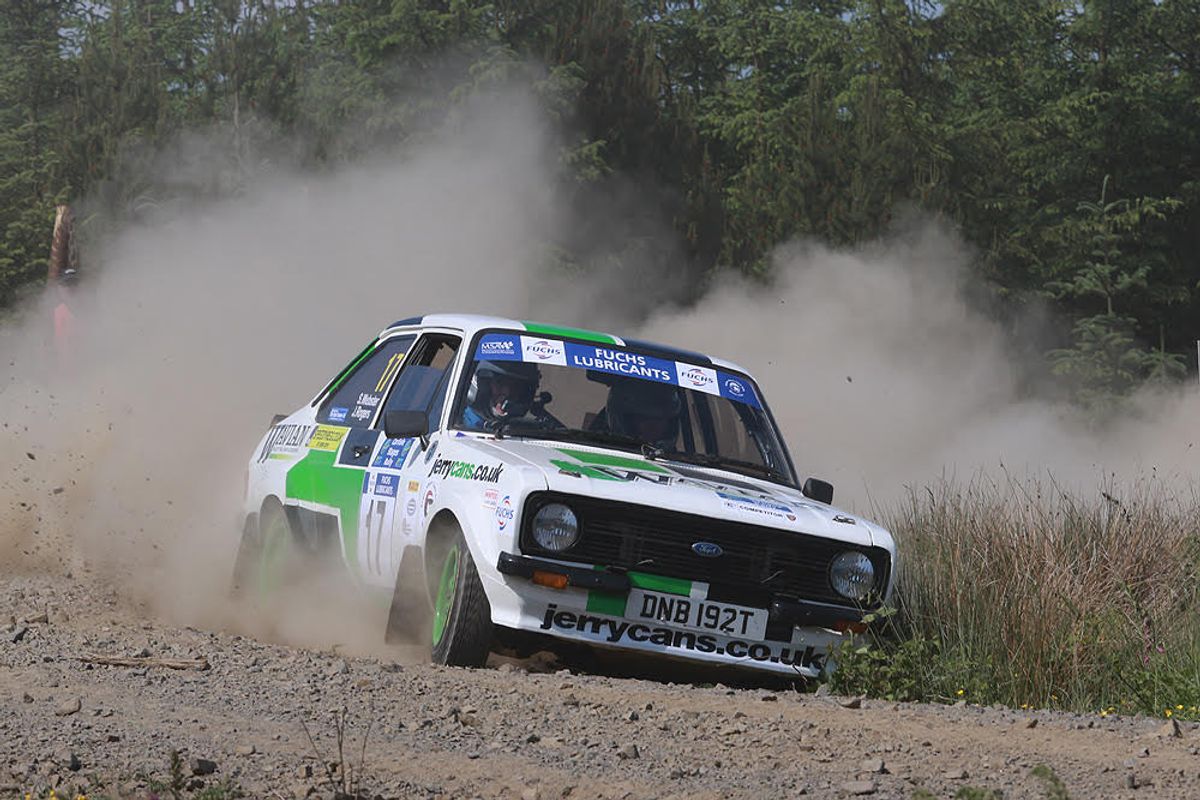 More details on the events in the the 2019 FUCHS LUBRICANTS Motorsport UK British Historic Rally Championship have been announced for a seven-event calendar covering both gravel and asphalt events.

Five top quality gravel events, covering Wales, Kielder and Yorkshire along with the closed-road challenge of the Ulster Rally and the asphalt roads of the Epynt ranges on the Harry Flatters Rally make up the nicely-spaced calendar.

The full schedule is:

Saturday March 30: Rally North Wales (gravel)
All 2WD cars will run at the head of the field in reverse order, followed by 4WD cars over classic stages in the Dyfi region. The rally will be based in Dolgellau with scrutineering on Friday afternoon.
Organised by Wolverhampton and South Staffs Car Club: www.rallynorthwales.co.uk

Saturday April 27: Pirelli Rally (gravel)
All 2WD cars will run first over all single-use stages, taking in four long and flowing stages in the central block of Kielder forest. The format will be similar to the 2018 event, with scrutineering and documentation at H&H Auctions in Carlisle on Friday afternoon. The 2WD event will start at 7.30am on Saturday, with the first car due back at the finish at H&H by around 1pm.
Organised by Cumberland Sporting Car Club: www.pirelliinternationalrally.co.uk

Saturday June 8: Carlisle Stages (gravel)
All 2WD cars will run at the head of the field in reverse order, followed by 4WD cars over stages in the Kershope and Newcastleton forest complexes. The rally will again be based at H&H Auctions in Carlisle, with scrutineering and documentation on Friday afternoon.
Organised by Roger Albert Clark Rally Motor Club: www.racrmc.org

Sunday June 23: Red Kite Stages (gravel)
All 2WD cars will run at the head of the field, followed by 4WD cars over stages in the famous forests of South Wales, from a rally HQ in Resolven. There will be six stages covering 44/45 stage miles and central servicing. Some stages will feature single usage. The first car will start at around 9am and finish at 2.30pm. Scrutineering will be on Saturday afternoon with limited availability on Sunday morning.
Organised by Amman and District Motor Club: www.redkitestages.co.uk

Sunday July 28: Harry Flatters Rally (asphalt)
The Harry Flatters Rally will again be based on the challenging asphalt roads of the Epynt ranges in Mid-Wales. After documentation on Saturday, the rally will run throughout Sunday, covering around 70 stage miles. More details to be confirmed.
Organised by Brecon Motor Club: www.breconmotorclub.co.uk

Saturday August 17: Ulster Rally (asphalt)
The popular event will cover around 80 stage miles, with three stages repeated three times. The recce will either be the weekend before the rally or on the Friday. A shakedown stage and scrutineering will also be on Friday before the rally on Saturday.
Organised by the Northern Ireland Motor Club: www.ulsterrally.com

Fri/Sat September 27/28: Trackrod Historic Cup (gravel)
The historic section of the Trackrod Rally will again feature stages in the darkness of Friday night before more stages in the classic Yorkshire forests on Saturday. More details to be confirmed.
Organised by Trackrod Motor Cub: www.rallyyorkshire.co.uk