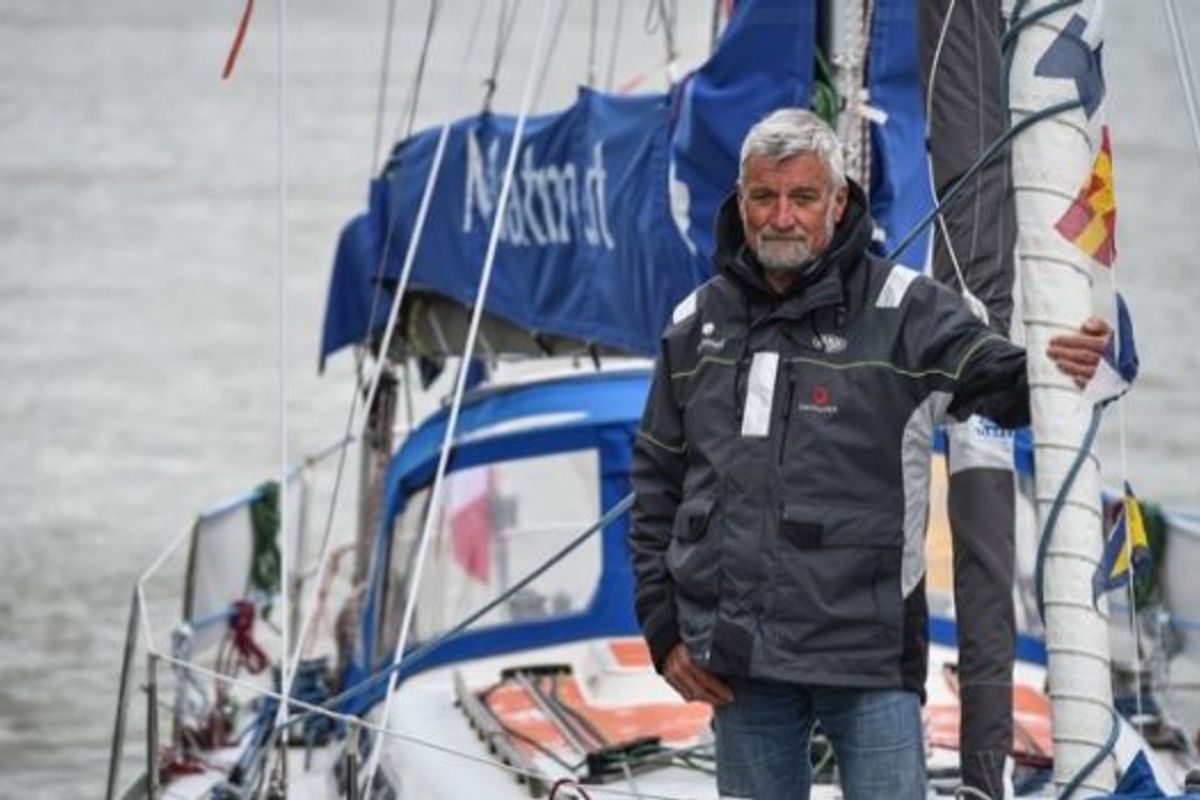 Jean-Luc Van Den Heede wrote his name into the record books by not only winning the 2018 Golden Globe solo non-stop round the world race yesterday, but becoming the oldest in history to complete such a race.

The 73-year old French veteran of six solo circumnavigations, whose elapsed time is 212d 5h 10m 0s, takes over both titles from Britain’s Sir Robin Knox-Johnston, the sole finisher of the Sunday Times Golden Globe Race 50 years before. Until the finish gun fired at 09:12 UTC, Sir Robin had held the title as the oldest solo circumnavigator in a race, after completing the Velux 5 Oceans Race in 2007 at the age of 68.

Age is clearly no barrier, for Van Den Heede has led this race ever since rounding the Cape of Good Hope. At one point he and his Rustler 36 yacht Matmut had built up a 2,000 mile lead over second placed Dutchman Mark Slats, until pitch-poled during a ferocious southern ocean storm some 2,000 miles west of Cape Horn.

He and his yacht survived the ordeal but when she righted herself, Jean-Luc was devastated to find that the pressure on the bolt holding the lower shrouds had torn a 10cm long hole down the mast section.

Click here to read the full story on Scuttlebutt