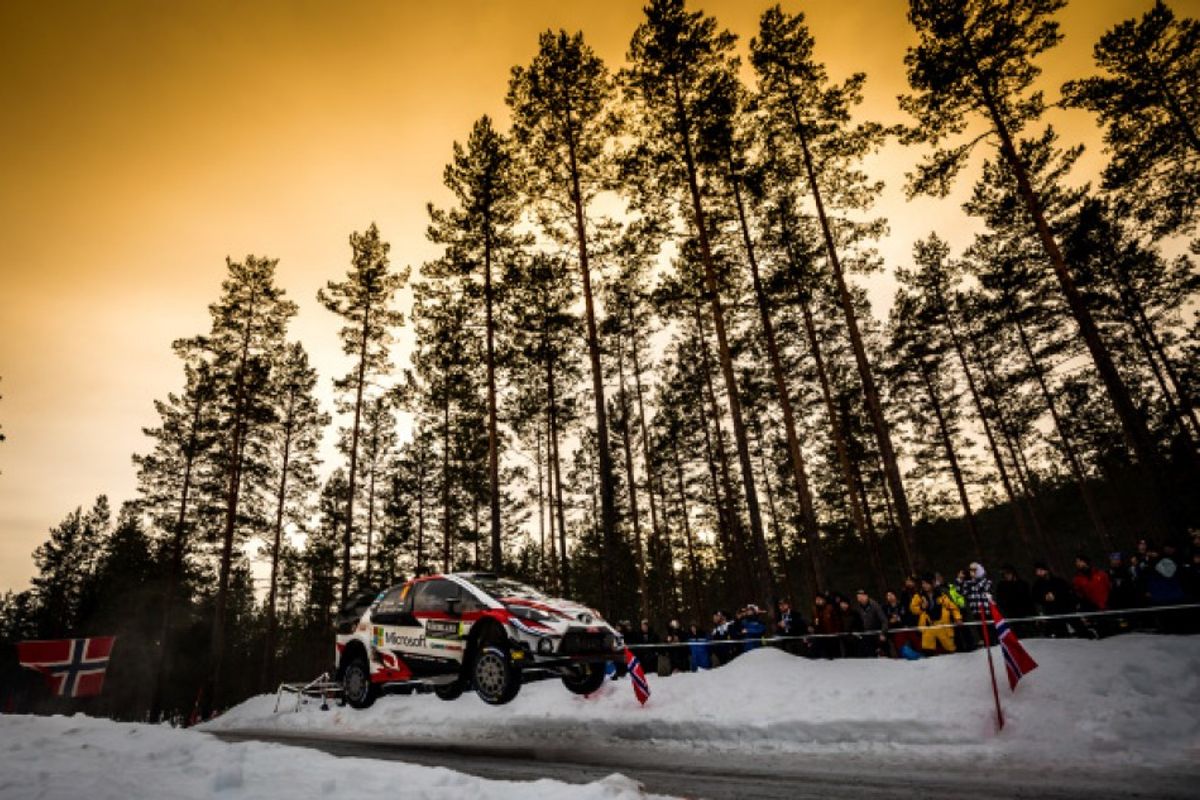 Estonian driver keeps his grip on first at Rally Sweden to take the lead in the season standings.

Ott Tänak claimed a commanding victory at Rally Sweden on Sunday afternoon to lead the FIA World Rally Championship for the first time in his career.

He eased his Toyota Yaris through the short final leg on snow and ice-covered roads to win the second round of the FIA World Rally Championship by 53.7sec. The Estonian’s success carried him into a seven-point lead in the standings.

Tänak led the four-day event early on, but slipped back as conditions turned against him on Friday afternoon. He regained the initiative on Saturday, and when closest rival Teemu Suninen spun into the snow, Tänak inherited a comfortable half-minute lead.

He extended that to almost a minute, making for an easy drive through Sunday’s three stages near the rally base of Torsby.

He became just the fourth non-Scandinavian driver to win the championship’s only pure winter rally and dedicated his success to mentor and fellow countryman Markko Märtin.

“I know how hard my very good friend Markko was pushing to win here in Sweden and he was once very close. So I’m happy that we finally did it and we have this win in the team now,” said Tänak, for whom this was a seventh WRC triumph.

There was a massive four-way battle behind for the remaining podium places. Esapekka Lappi’s 4.4sec lead over Thierry Neuville going into the final Wolf Power Stage appeared to be dwindling away, but a determined drive in the final kilometres secured second.

The Finn, driving a Citroën C3, finished 3.0sec clear of Thierry Neuville’s Hyundai i20 and was thankful to have survived a huge fifth-gear spin on Friday when he almost rolled.

Belgian Neuville also overcame several spins into the snow during the weekend to finish 8.7sec clear of team-mate Andreas Mikkelsen. The Norwegian was tied in second with Lappi overnight, but could not match their pace today.

Elfyn Evans was 2.8sec back in fifth in a Ford Fiesta following an inconsistent weekend, with Kris Meeke completing the top six in a Yaris.

The championship switches to gravel next month for the first time this season. Rally Guanajuato Mexico is based in León on March 7 - 10.