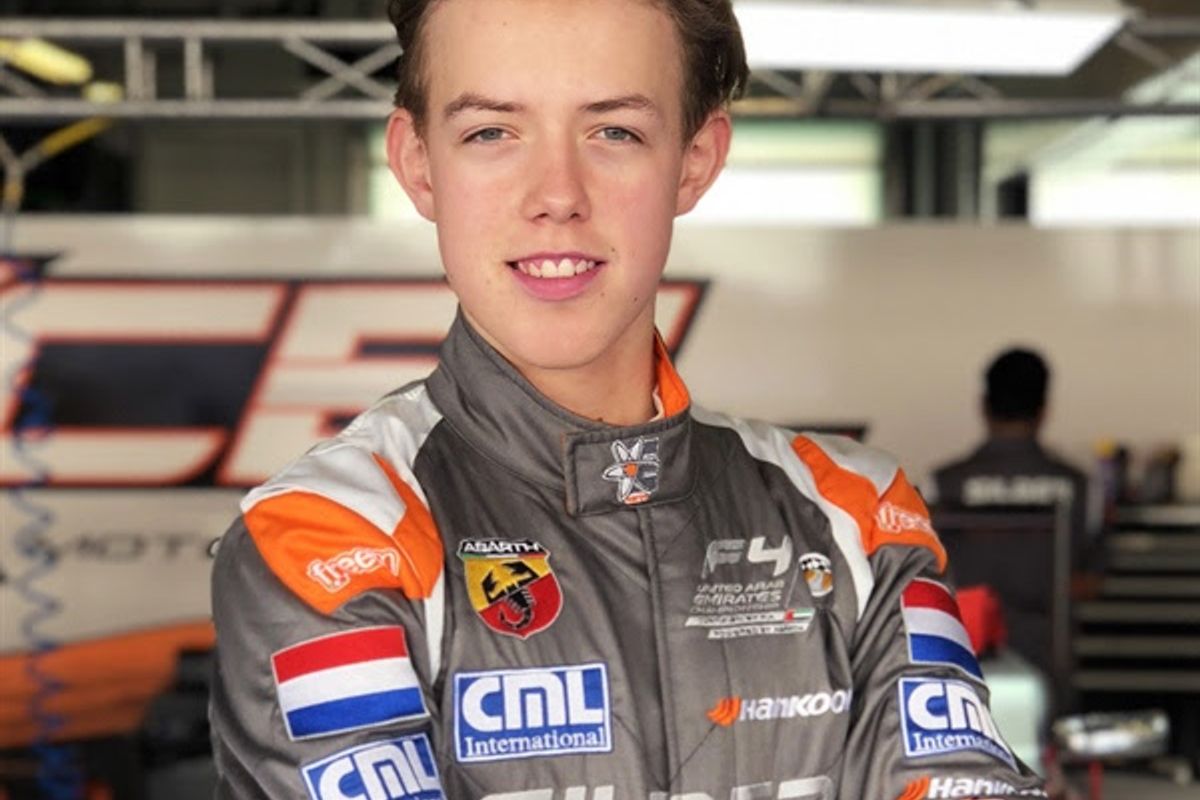 Tijmen van der Helm will switch to single-seater car racing with MP Motorsport this year, the 15-year-old from Den Hoorn in the Netherlands deciding to step up to Formula 4 with the Dutch team.

The karter, who caused a stir in 2017 by winning the Rotax Max Junior Grand Finals with his family team, is making the switch to cars after just one year in OK karts, a season in which he participated in the DKM series, the WSK Masters Series and the CIK-FIA European Championship. Van der Helm finished tenth in the season-closing World Championship event despite describing 2018 as a learning year.

Van der Helm warmed up to single-seater racing this winter by participating in selected races of the UAE F4 Championship, immediately taking one victory, three podium finishes and a fastest lap.

"I am really looking forward to my first year in motorsport", says Van der Helm. "The races in Abu Dhabi and Dubai have really whetted my appetite. Winning the final race at Dubai couldn't have been better. I hope to continue that momentum with MP into the regular F4 season.”

"Good things come fast", says Sander Dorsman, team manager at MP Motorsport, "And that also goes for Tijmen. The past few years he has often surprised us with his performance on the karting tracks. With his talent and speed he is ready for a switch to motorsport. We can't wait to give him a winning car.”