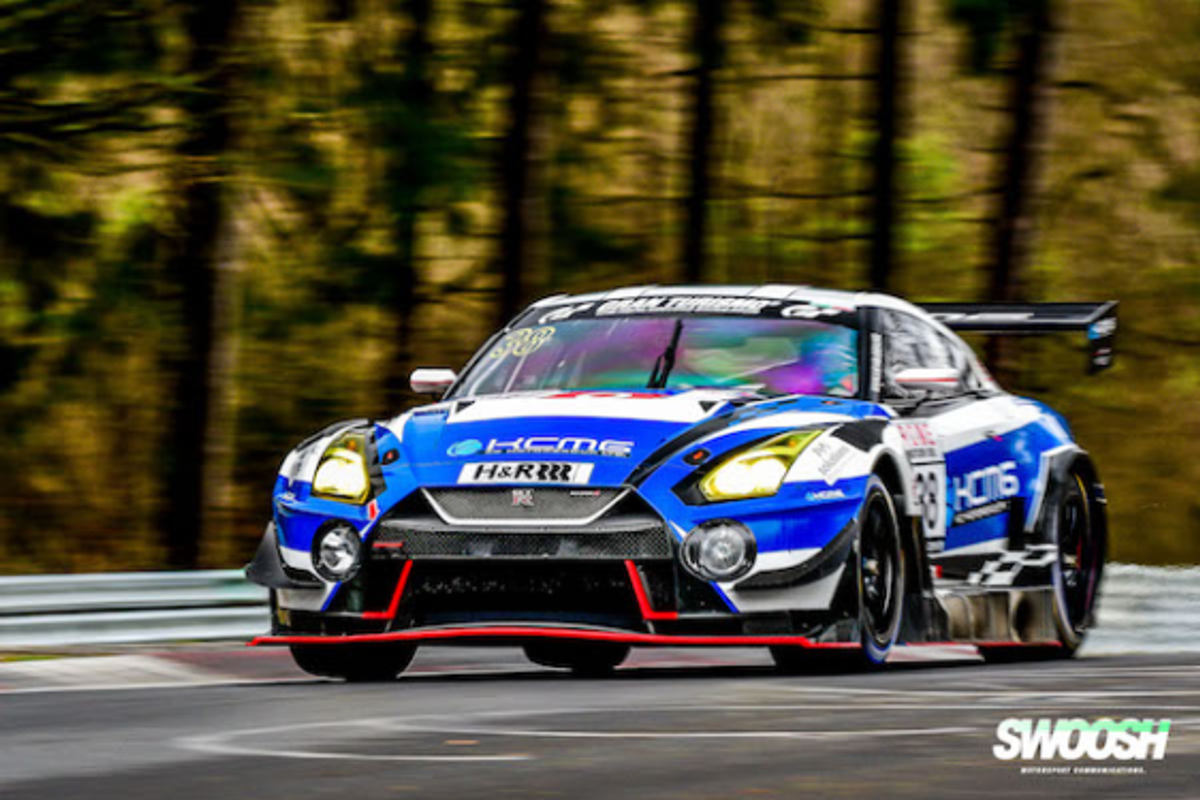 KC Motorgroup Ltd. (KCMG) will make its first Nurburgring Nordschleife GT3 appearance at the first round of the 2019 VLN Endurance Championship this weekend (22-23 March).

Brining its Nissan GT-R NISMO GT3 car to the legendary Nordschleife, KCMG will make its VLN race debut to mark the first step to preparing for the famous 24 Hours of Nurburgring race, for which Super Formula and Super GT star Joao Paulo de Oliveira has been confirmed as part of the driver line-up.

On Saturday Alex Fontana, Alex Buncombe, Christian Menzel and Philipp Wlazik will take to the “Green Hell” for the four-hour opening round of the VLN championship, following a successful pre-season test last weekend where the team’s Nissan GT-R ran smoothly in both dry and wet conditions.

Reigning Blancpain GT Series Endurance Silver Cup champion Fontana is the latest addition to the line-up and will take part in his first race with KCMG.

2015 Blancpain GT Endurance Series champion Buncombe will expand his familiarity with the Nissan GT-R NISMO GT3, having driven the car in various other categories, including at the Nurburgring 24 Hours from 2014 to 2016.

Double Carrera Cup Asia champion Christian Menzel will be putting all the experience of his 25 Nurburgring 24 Hours starts to good use to help develop the car, as will Wlazik who has a deep and rich knowledge of the legendary 25.947 km circuit.

Edoardo Liberati and Josh Burdon, who performed well in the Bathurst 12 Hour, will join Oliveira to complete the mandatory number of laps required to race at the Nurburgring Nordschleife.

As well as taking on the VLN Endurance Championship and the Nurburgring 24 Hours, KCMG remains committed to its Intercontinental GT Challenge programme, where the Nissan GT-R NISMO GT3 will soon be heading for the California 8 Hours (29-31 March). The team has already shown great potential in the Dubai 24 Hour and the Bathurst 12 Hour.

Alex Fontana: “I’m really looking forward to finally joining VLN 1 with KCMG. It will be my first time to work with the team, as I was unable to test because I was racing elsewhere. I won, so hopefully I can replicate the performance and get a good result with Nissan this weekend. Obviously the track is quite special, we know that the weather forecast can change a lot but I’m confident we have a strong line-up, car and team.”

Alex Buncombe: “It was great to get back on track around the Nordschleife last weekend for the test. The weather wasn’t favourable but actually useful to have a couple of wet laps in the morning and then two dry laps during the afternoon.
The KCMG Nissan GT-R NISMO GT3 was brand new so the objective of the test was to shakedown the car and find a good baseline balance. The car felt really good and I’m happy with the progress we made ahead of VLN 1 this weekend.”

Christian Menzel: “The test was important to see how everything worked by making sure that we understand the car. It all worked perfectly and the atmosphere in the team was great. This Nissan GT-R is completely new and we had no problems which is unusual, so a big compliment! We have to continue to work in this style, that's the only way it works at the Nurburgring!”

Philipp Wlazik: “We had a good day at the weekend where we could test the car, which just came from Japan and worked without any issues in very cold, wet conditions but also in the dry. The car feels great on the track and of course there is plenty of work ahead of us to fine-tune the set-up, but we already started with a very good base and I am confident that we will be fast at the Nordschleife. The team is highly professional and so we will get where we want to be very quickly. I am looking forward it. At VLN 1 the task will be to develop the car and set-up and it will be the first real comparison with our competitors, so then we can see how good our performance is. I am already counting down the days when I can hit the Nordschleife with our Godzilla again.”

Paul Ip, KCMG Founder: “We’re really excited to get the 2019 VLN Endurance Championship underway for 2019. This will be a major step in our preparations for the Nurburgring 24 Hours. Alex Fontana is a great addition to what was already a stellar line-up of Alex Buncombe, Christian Menzel and Philipp Wlazik so I’m confident that they will get the most of the Nissan GT-R NISMO GT3 and bring home a good result.”