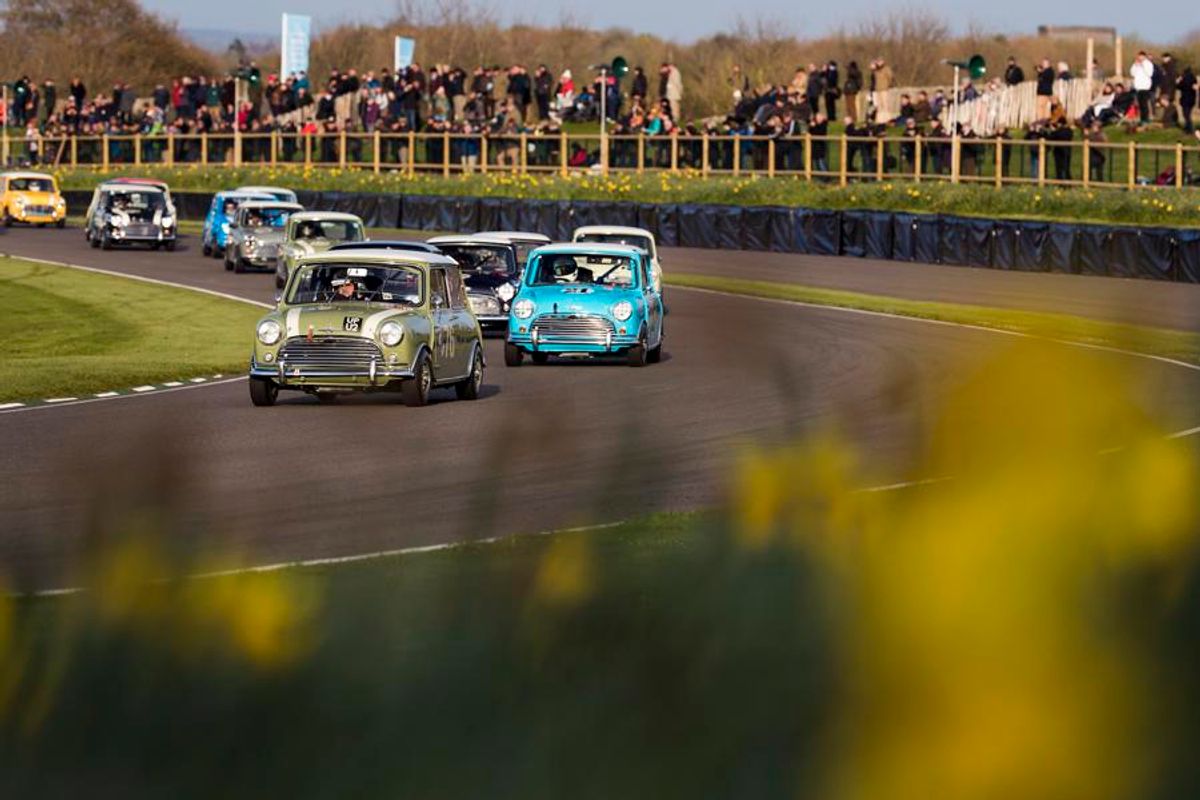 Three races rounded out Saturday’s track action at the 77th Goodwood Members’ Meeting, with two heats for the Betty Richmond Trophy that saw Mini racing at its finest on the anniversary of the British icon. Long time Mini racer Ian Curley won the opening heat, while the second saw Nick Swift and Nick Padmore running close, just as they had in qualifying earlier in the day, Swift just coming out on top.

The Gerry Marshall Trophy for Group One saloons was dominated by the big V8s, the Boss Mustang of Craig Davies and Andrew Newall leading early on with the similar car of Roman Dumas and Bill Shepard staying with them - the only other car living with their pace the Ford Escort RS2000 of Tom Blomqvist and Kerry Michael.

Of the lead three, only the Mustang of Davies and Newall was able to stay the distance, winning with a healthy lead over the Rover of Neel Jani and James Wood.