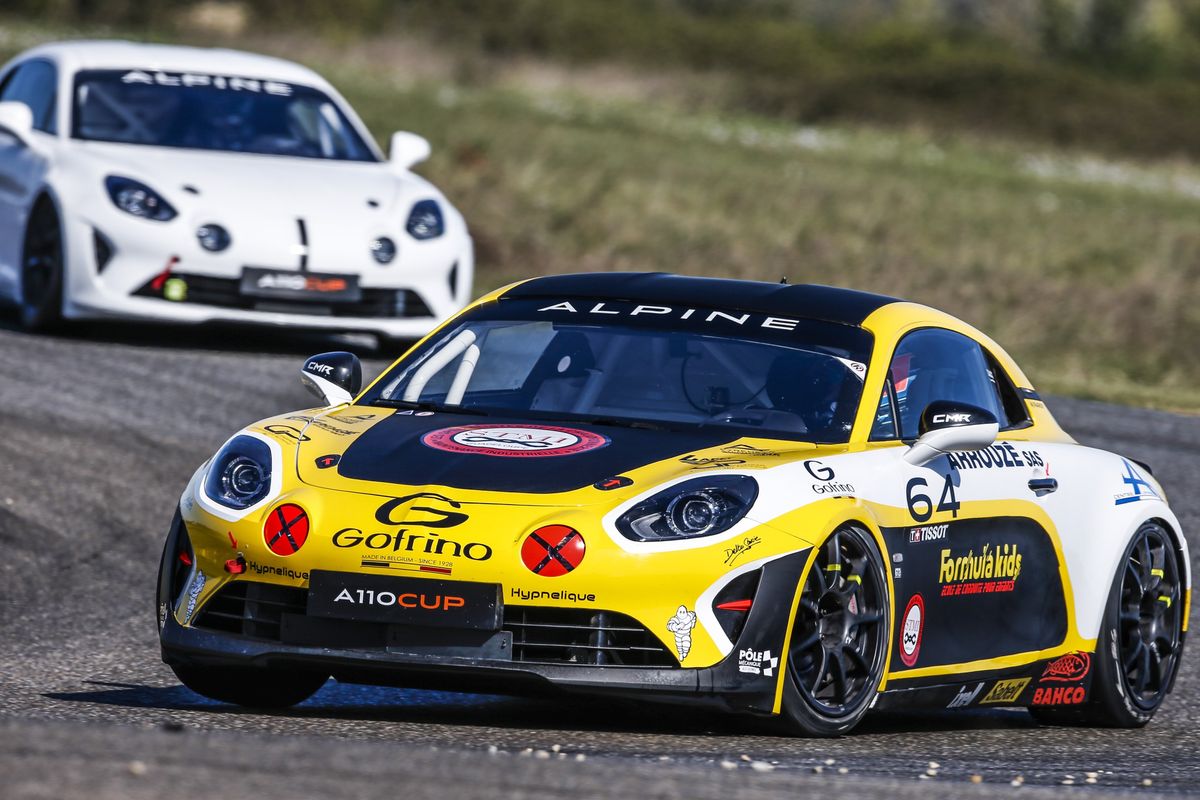 The Alpine Elf Europa Cup will kick-off its season at Circuit Paul Armagnac de Nogaro during the Coupes de Pâques meeting. Following the pre-season collective tests at this same circuit last month, the show promises to be grandiose among the 20 Alpine A110s entered.
This first weekend of competition of the year, contested as part of the Championnat de France FFSA des Circuits, will highlight all the dynamic qualities of the Alpine A110 Cup and its drivers on a track combining long straights, technical sections and high-speed corners.

Alpine will be in the centre of the action for these Easter Cups with 10 Alpine A110 GT4s - more than any other brand - also racing for victory in the French FFSA GT Championship.

With a year of experience in the Alpine A110 Cup, they will rely on their race craft to make the difference and take the psychological and numerical advantage over their rival.

A PLETHORA OF CANDIDATES
Even though some favourites made an early statement during the tests, the hierarchy will only come to light after the first qualifying session.

Another driver to watch will be Nicolas Milan (Milan Compétition), who is ready to get his revenge after finishing one-point shy of the title last year. The driver-team owner will also be able to rely on team mate Rodolphe Wallgren, who is the defending FFSA French GT Am Champion and always at ease at Nogaro.

After several podiums last year, Autosport GP drivers Julien Neveu and Laurent Hurgon want to take their game up to the next level to march on to the top step of the podium and be in the mix as outsiders, as does Yann Zimmer (CMR). While returning to competition, the Swiss driver intends to make an impression by demonstrating that he has lost none of his talent!

THREE YOUNG GUNS
Among the other drivers already at the sharp end of the order at Nogaro is the young Matéo Herrero (Milan Compétition).

With the fifth best time overall in his official debut in the Alpine Elf Europa Cup, the former French F4 Championship competitor might be the main rival in the Junior category to Jean-Baptiste Mela (Autosport GP), who intends to hold on to his supremacy while aiming for his first wins.

Both will have to be wary of Antoine Miquel (Milan Compétition). The defending champion in the 420 R category of the Caterham Cup also looked strong in the collective tests and he could spring a surprise this weekend and throughout the season.

EIGHT GENTLEMEN ON THE GRID
In the Gentleman category, the race to succeed Sylvain Noël is already underway with eight competitors ready to score big points at Nogaro!

While he has hung up his helmet for now, Noël can count on the trio of Franc Rouxel, Stéphane Proux and Mathieu Blaise to defend the colours of his Racing Technology team.

Fourth in the category last year, Marc Sevestre (Autosport GP) will also be counted among the contenders for the win, while Luc Ceret and Yves Lemaître will share the n°38 Alpine A110 Cup entered by the team of Gilles Zaffini.

Milan Compétition will also be in the mix with the renewed presence of Philippe Bourgois and the arrival of one-make cups specialist Denis Gibaud for the full season.