Legendary Spa next up for RX2 this weekend 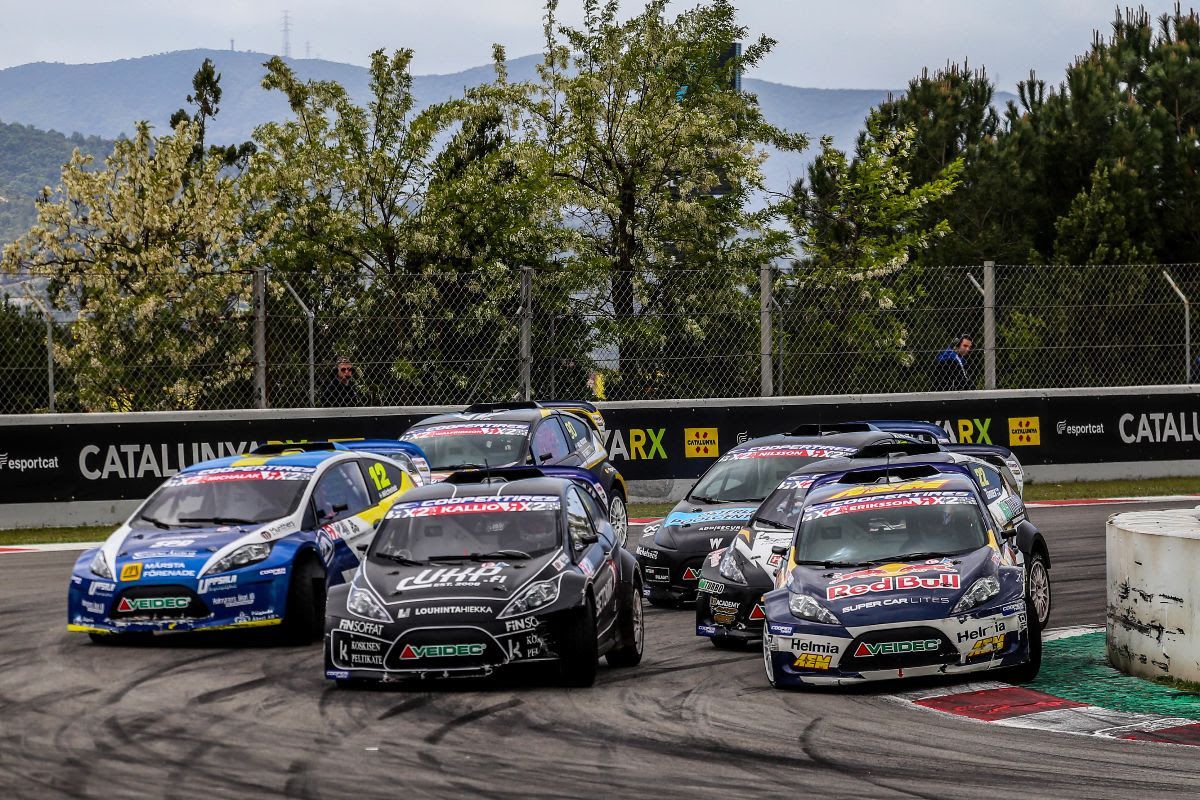 The RX2 International Series presented by Cooper Tires is Belgium-bound this weekend (11/12 May), as legendary Formula 1 venue Spa Francorchamps plays host to the second round of what is already shaping up to be a thrilling campaign of high-octane action.

The trio arrive in Belgium as unquestionably the men to beat, but Spa is nothing if not unpredictable, and its location – nestled deep in the picturesque Ardennes forest – means the weather is capable of changing dramatically from one moment to the next.

A brand new rallycross track has been constructed for the race weekend, incorporating a section of the iconic Eau Rouge sweeper – arguably the most famous corner in international motorsport. The Formula 1 circuit is renowned for putting man and machine to the very sternest of tests – and all signs are that the rallycross track will do the same.

Eriksson is the driver with the target on his back, but his two new team-mates impressed in Barcelona with their turn-of-speed and racecraft straight off the bat. With more experience in the Supercar Lites machinery used in the official FIA World Rallycross Championship feeder series, they are only going to get stronger as the year progresses.

They will be pushed hard by JC Raceteknik’s stable of Scandinavian stars. Ben-Philip Gundersen was every bit a match for the OMSE boys in Spain, but the Norwegian uncharacteristically missed out on making it through to the semi-finals after being disqualified from Q3 for first corner contact with Eriksson and Kallio. He will be fired-up to fight back in Belgium, as will highly-rated teenager William Nilsson – whose challenge ended in the barriers following a coming-together with Anders Michalak – and fellow Swede Jimmie Walfridson.

SET Promotion’s Sami-Matti Trogen and Sports Racing Technologies ace Vasiliy Gryazin waged a fierce duel for ‘best-of-the-rest’ in Barcelona, with the Finn narrowly getting the verdict over the Latvian following a crowd-pleasing wheel-to-wheel scrap. Both are keen to go one better this weekend and have the podium firmly in their sights.

One of the biggest talking-points of the Catalan curtain-raiser was the head-turning debut of Frenchman Damien Meunier – the former French Championship Supercar star having to learn the track, car and series all at once and still progressing through to the all-important final with support from crack Swedish outfit Team Färén. The 18-year-old certainly cannot be discounted from the fight for glory at Spa.

Fast Swedes Anders Michalak and Simon Olofsson both unleashed eye-catching pace on occasion in Barcelona – form they will be eager to turn into solid results in round two – while fans’ favourite Albert Llovera delighted the partisan crowds by reaching the semi-finals for the first time in his RX2 career.

The Andorran – a record-breaking former Olympic skier – is likely to have some competition in the popularity stakes this weekend, however, with local hero Steve Volders sure to receive the lion’s share of spectators’ support. The reigning EuroRX TouringCar champion came away from his series debut in Spain a little battle-scarred, but he is determined to put on a spectacular show in front of family and friends on home soil.

“It will be a rare opportunity to drive on such a legendary circuit as Spa, especially with the famous Raidillon incorporated as part of the track,” Volders enthused. “I’m really looking forward to that. In Barcelona, I discovered that the RX2 drivers fight for every centimetre, but I never give up and I always push right to the end to achieve the best result possible.

“A lot of my fans are not able to travel to races abroad, but they are always nervously following the livestream. This weekend, they will have the chance to see me up close and experience the unique ambiance you only get at the circuit. That feels special.”

The Spa-Francorchamps RX2 action will begin with free practice and the opening two qualifying races on Saturday (11 May), followed by the remaining two qualifiers, semi-finals and final on Sunday (12 May). Fans will be able to watch all of the qualifying races live via the FIA World RX and RX2 Series Facebook pages, with the semi-finals and all-important final featuring as part of the live World RX television broadcast.