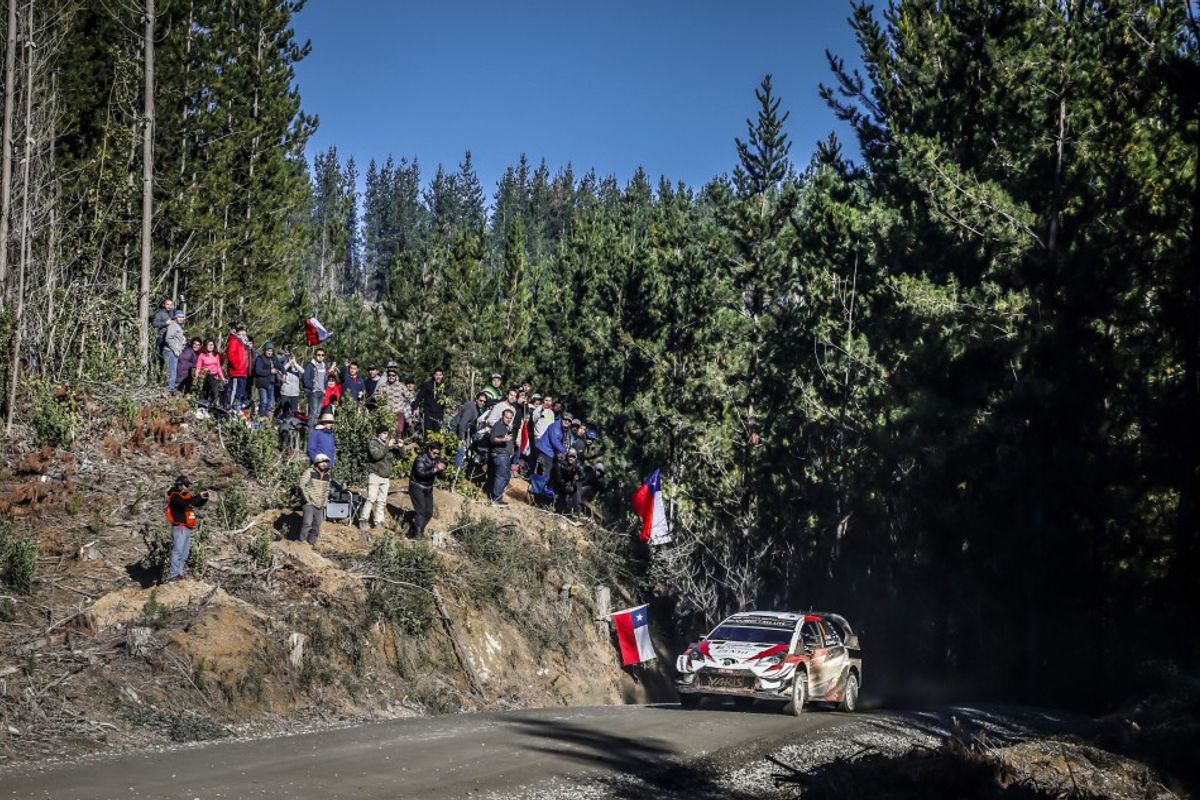 A confident Tänak went on with with his Toyota Yaris WRC to win three of the day’s six stages, as he bids to hunt down series rivals Neuville and Ogier in what is already developing into a thrilling three-way title race.

Slippery stage surfaces, a low sun filtering through tall trees and causing inconsistent visibility, and a lack of accurate pace-notes generally hampered everyone’s progress on Chile’s first morning in the FIA WRC. These conditions, coupled with the fact that the stages were new and had been driven on the reconnaissance in foggy conditions, made it an extremely challenging morning.

Conditions improved somewhat in the afternoon with the sun climbing higher and the stage surfaces drying to an extent, but it was not a straightforward day by any means.

Ogier, the six-time defending World Champion, finished the day in a solid second position in his Citroën C3 WRC though he found this first leg in the Chilean forest particularly challenging. Neuville however slipped behind Latvala on the fifth stage and reached the night halt in Talcahuano just seven-tenths of a second behind the Finn and in fourth place.

Kris Meeke was not pleased with his day’s performance in the third Toyota and admitted that he hadn’t found a really competitive rhythm from the outset, but the Ulsterman did enough to hold fifth overall.

Nine-time FIA World Champion Sébastien Loeb belied his recent lack of gravel rallying experience to begin an impressive climb up the leaderboard as the day progressed. The Hyundai driver moved in front of Welshman Elfyn Evans, courtesy of the second quickest time on the fifth stage, and ended the day in sixth with the fastest time on the last special.

Evans’s Ford team-mate Teemu Suninen was subdued for long periods and he too struggled to find a fast pace on the new South American stages. The Finn did manage to pass Norway’s Andreas Mikkelsen on stage five, however, but a delay reversing off a barrier on the street stage meant that Mikkelsen regained eighth place at the night halt.

Suninen’s fellow countryman Esapekka Lappi was clearly struggling with his confidence and rounded off the top 10 in the second factory Citroën.

A fascinating duel developed between Finland’s Kalle Rovanperä and Norway’s Mads Østberg for honours in the FIA WRC 2 Pro class. Mads led at the midday break with his Citroën C3 R5, but a resurgent young Rovanperä was quickest on the afternoon gravel specials at the wheel of his Škoda Fabia R5 and reached the overnight halt with a lead of 2.4 seconds.

An engine issue under throttle and later power steering problems on his M-Sport run Ford Fiesta R5 pushed England’s Gus Greensmith further behind his rivals, but he retained an advantage of 50.8 seconds over fourth-placed Bolivian Marco Bulacia.

Alberto Heller, Takamoto Katsuta and Benito Guerra were the men to beat in the FIA WRC 2 category. Local hero Heller reached the night halt 24.5 seconds ahead of the Japanese with series leader Guerra in third. Heller’s brother Pedro had rolled his Ford out of contention on the first stage of the morning.