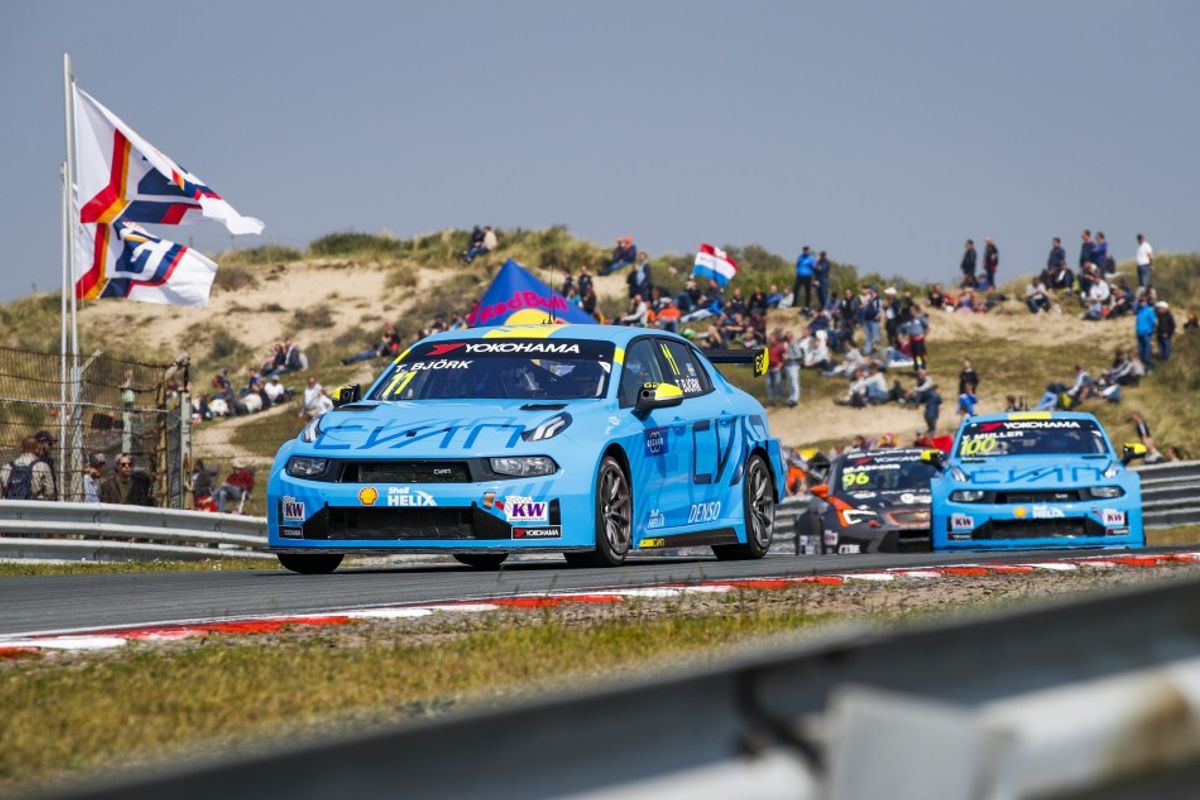 Thed Björk scored his second WTCR – FIA World Touring Car Cup presented by OSCARO victory of the season in Race 1 at WTCR Race of Netherlands.
The Swede, who started from the DHL Pole Position, led Cyan Racing Lynk & Co team-mate Yvan Muller for a team one-two. PWR Racing’s Mikel Azcona claimed his second podium finish of 2019 with a fighting third as less than 10 seconds separated the top 15 on the grid

“It looks easy when you start from the front, but there was lots of pressure,” said Björk. “It was a fantastic race. My family is here watching, so it’s good to bounce back with a victory. It feels so good. The team did a great job.”

Björk and Muller made a clean start to lead the #WTCR2019SUPERGRID into Turn 1, but team-mate Andy Priaulx dropped from his third place on the grid, as Azcona moved aheadt. Priaulx ran in fourth for most of the race, only to drop another place towards the end as double FIA World Rallycross champion Johan Kristoffersson pulled off a great move to clinch a WTCR / OSCARO career-best fourth in his SLR Volkswagen Golf GTI TCR.

Mehdi Bennani claimed sixth in his Golf, ahead of Yann Ehrlacher. The Cyan Performance driver had qualified fourth, but started ninth following a penalty for impeding Augusto Farfus in qualifying this morning.

The other #RoadToMalaysia points finishers were Jean-Karl Vernay in P11, ALL-INKL.COM Münnich Motorsport’s Esteban Guerrieri in P12, followed by PWR Racing’s Daniel Haglöf – who started P13 with a five-place grid penalty for an incident with Rob Huff in Slovakia.

Comtoyou DHL Team CUPRA Racing’s Aurélien Panis just held off erstwhile WTCR / OSCARO points leader Néstor Girolami for P14. Girolami started down in P18 following a five-place penalty for overtaking under red flags in qualifying. He slips to second in the table, one point behind team-mate and fellow Argentine Guerrieri.

Those in trouble included Norbert Michelisz, who retired his Hyundai while running in P12 after complaining of big vibrations. Fellow Hyundai driver Farfus also pitted with car problems, as did Huff who had started from the back after an engine change following qualifying.