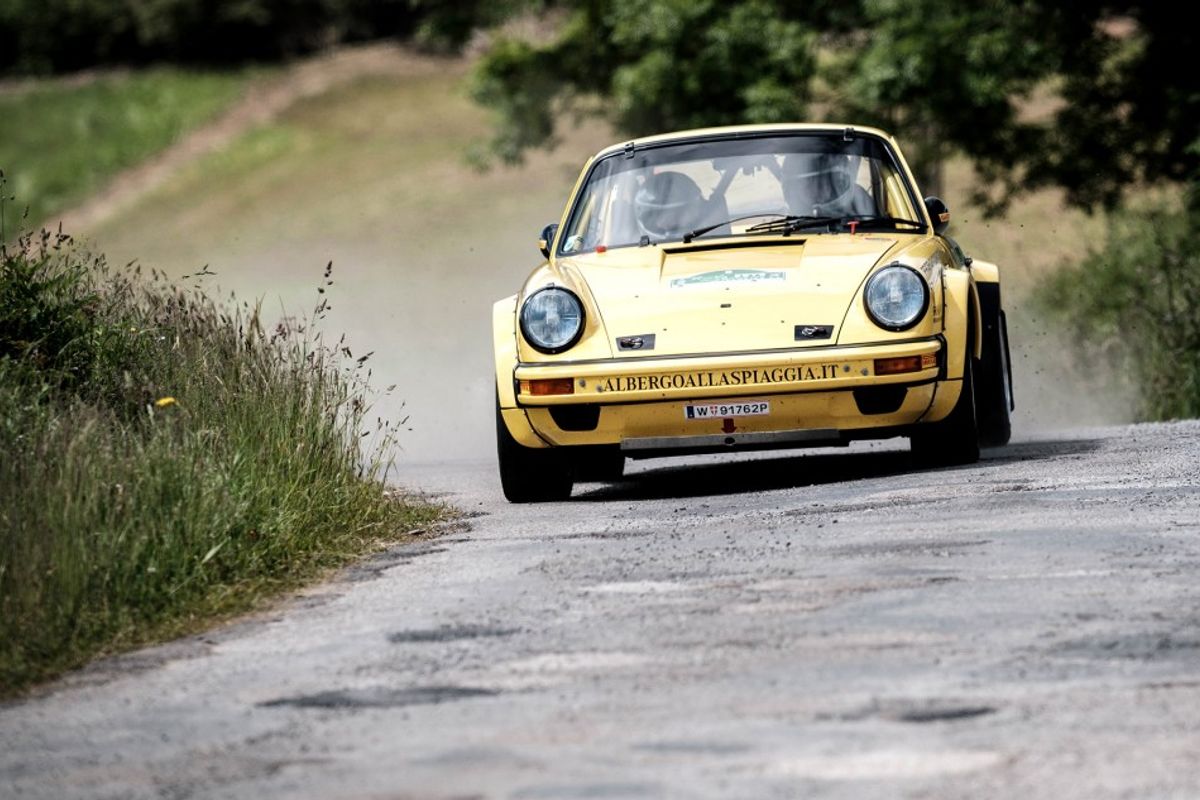 The second and final day of the Rally de Asturias Historico saw the overall victory in Round 3 of the FIA European Historic Sporting Rally Championship go to the Category 3 no6 Porsche 911 SC of Austrians Karl Wagner / Gerda Zauner.  The Austrian crew finished the eleventh and final stage over one and half minutes ahead of Mats Myrsell and Esko Junttila in the no1 Ford Sierra Cosworth 4×4, the Swedes taking the Category 4 win to extend their overall championship lead.

The fastest car on all seven stages on Day Two in Spain was the no3 Lancia Delta Integrale of ‘lucky’ and Fabrizia Pons.  The car looked battered and bruised after it’s off road excursion on SS2 yesterday, with the K-Sport team working all night to get the Lancia ready to compete.  ‘Lucky’ responded by posting the fastest time on each and every stage, pulling the car up from 16th overall at the start of the day, to 4th, 5 minutes 15 seconds behind the leading Porsche.

The no2 Subaru Legacy 4WD Turbo of Antonio Sainz and Javier Martinez-Cattaneo were 2nd in Category 4, finishing just over 3 minutes ahead of the no3 Lancia and 38 seconds behind Myrsell’s Ford Sierra.

The no9 Porsche 911 SC of Finland’s Pentti Veikkanen and Timo Jaakkola maintained its position of second place in Category 3, the Finns finishing the day in 7th overall and 6 minutes 53 seconds behind class leader Karl Wagner.

The no5 BMW M3 of Valter Jensen and Erik Pedersen also retired, the Norwegians lying in 4th overall after ten stages, only to fail to complete the eleventh and final stage of the rally.

Karl Wagner and Gerda Zauner celebrated with their teammates at the finish ceremony in the centre of Pravia.   After the podium ceremony Karl Wagner said “I am really happy and very proud.  We did a good race here, the team did a great job and this has meant we are here on the podium.  We are the winners overall – the lucky winners.

“For us it is one step to get ahead in the championship.  We can’t normally win against the four wheel driven cars but this time we pushed a lot. My thanks go to the organisers, to everyone here, who are doing a great job during this rally.  The next event is very different, we were third overall in the Ypres Rally last year and we are looking forward to it next month.”

Round 4 of the 2019 FIA European Historic Sporting Rally Championship will take place in Belgium, with the Las Vegas Ypres Historic Rally on 27-29 June.