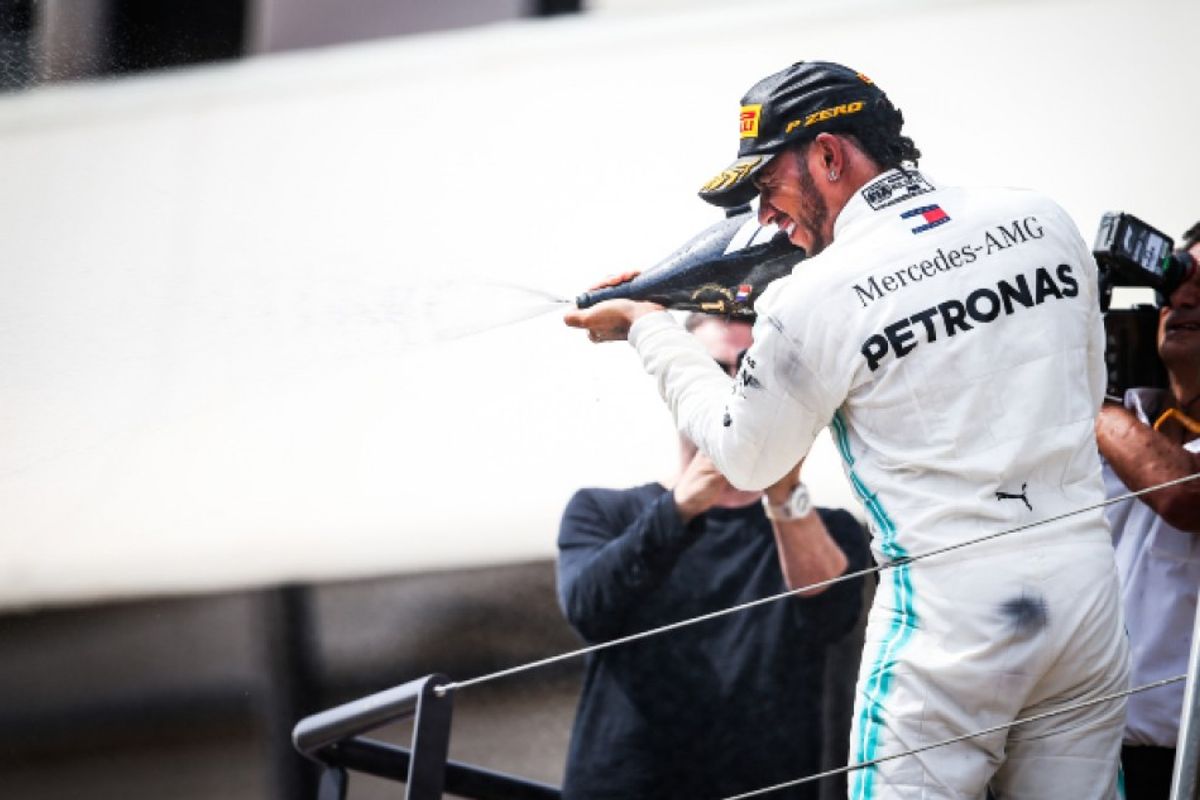 Polesitter Hamilton made a good start ahead of Bottas, Leclerc and Verstappen. Further back, McLaren’s Carlos Sainz got away well to pass team-mate Lando Norris, but despite pulling alongside Verstappen early in the opening lap the Spaniard couldn’t steal the position.

Over the first 10 laps Hamilton built a 2.6s gap back to Bottas, who in turn eked out a 3.8s advantage over Leclerc. Behind them, Sebastian Vettel qwas the man on the move in the early stages, with the German passing both McLarens to rise to fifth from his starting position of seventh to sit 7.3s behind Verstappen as the opening stint wore on.

Verstappen was the first of the front runners to make a pit stop, with the Dutchman taking on white-banded hard compound tyres at the end of lap 20. Leclerc was next in, on the following lap, and when he rejoined, on the same compound, he was fourth, five seconds ahead of the Red Bull. Ahead, Hamilton now led Bottas by 7.5s with Vettel now third.

Bottas made his sole tyre stop on lap 23 and the Finn was followed to the pit lane by race leader Hamilton. The Briton emerged just ahead of Vettel and after locking up on the next lap the German also pitted for hard tyres, at the end of lap 25. He emerged in P5, 4.5s behind Max.

The order at the front now stabilised and over the next 15 laps Hamilton increased his lead over Bottas to 12.9 seconds, while Leclerc fell 7.2s behind the second Mercedes. Verstappen was now in a race of his own, with the Dutchman lying 6.7 seconds adrift of Leclerc and more than seven seconds clear of Vettel.

With the gaps throughout the field looking relatively fixed the race the order looked like remaining static until the chequered flag. However, a handful of laps from the finish Norris began to suffer hydraulic problems.
Norris’ was caught by his rivals and on a combative final lap he was passed by Ricciardo, Räikkönen and Hulkenberg, though Ricciardo was then placed under investigation for leaving the track and gaining an advantage.

Hamilton took his 79th career win ahead of Bottas who denied Leclerc to claim P2 by just 0.9s. Verstappen followed to take his fifth fourth place finish of the season. Vettel finished fifth and the German also took fastest lap after a late pit stop for soft tyres. Sixth place went to Sainz, crossing the line ahead of Ricciardo, Räikkönen, Hulkenberg and Norris.