Rescue at sea in Transpac 50 Race 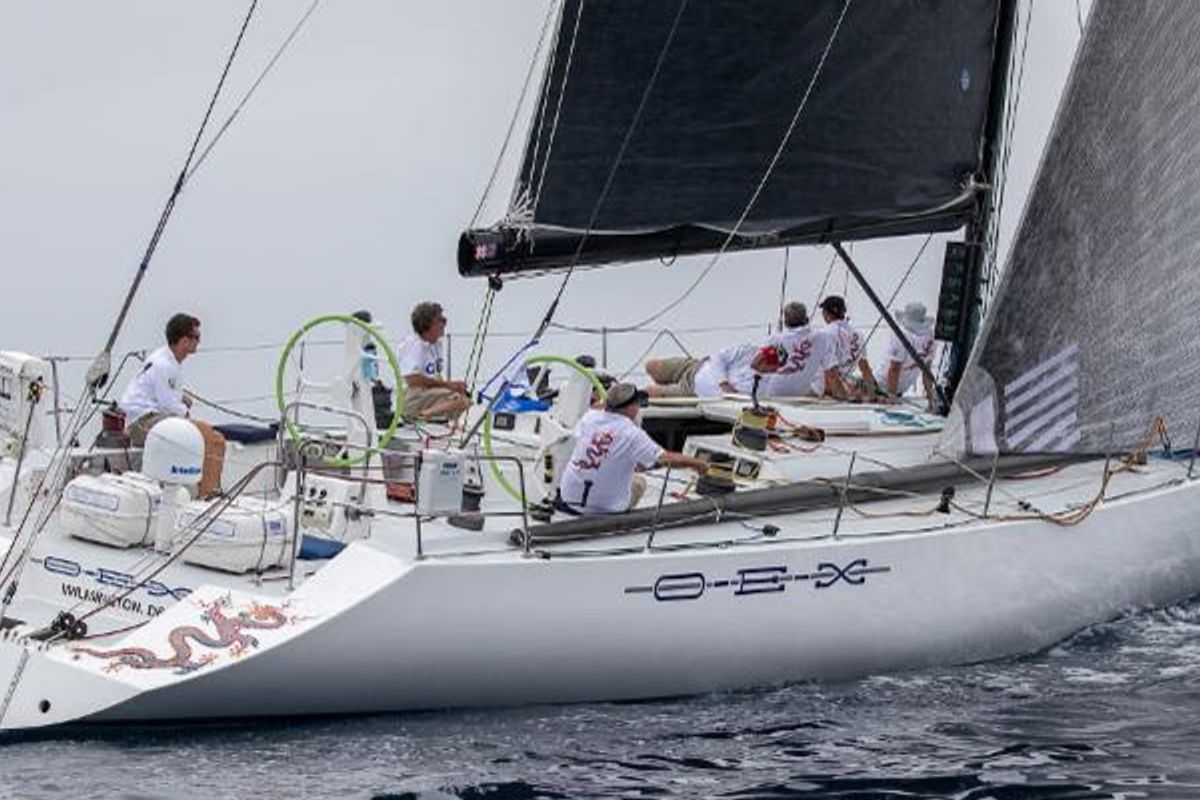 Monday Review:  Casualties in the Pacific

On the 50th edition of the Transpacific YC's 2225-mile race from LA to Honolulu, at 0200 Pacific Daylight Time this morning the YB tracking system had activated an emergency signal from John Sangmeister's Santa Cruz 70 OEX, followed one hour later by a message from Roy Disney's Andrews 68 Pyewacket contacting the Transpacific YC's race headquarters that they had picked up the crew of OEX and all were safe.

Email communications indicate the trouble experienced by OEX and their cause to abandon ship was due to water ingress due to damage to their rudder post.

“At this stage we're not certain about the cause of that damage,” said TPYC Race Chairman Tom Trujillo. “Pyewacket reported the position of OEX at the time of the rescue, which at 0300 was at the position 031° 38.652N, 121° 52.644W, and this was reported to the US Coast Guard. We have subsequently learned that OEX has sunk.”

Fortunately there are no reports of injuries, and all 9 crewmembers from OEX and 10 on Pyewacket are about 200 miles out and are proceeding back to port at about 10-11 knots of speed, and are expected to be arriving into Marina del Rey some time early tomorrow morning.

Also overnight there were reports of damage to Giovanni Soldini's MOD 70 multihull Maserati, who was well north of the normal race track taken by most of the fleet heading west from their search for wind just south of the Channel Islands near Santa Barbara.

While sailing at 23-24 knots, at 2130 PDT last night the big trimaran collided with “a big floating object” that damaged the left side hull's bow and the rudder's wing.

Soldini explained: “We couldn't understand what it was, but it was very big, at least one meter high out of the water. It hit the left side hull with great force, severely damaging it, then it glided along the hull and hit the rudder. The fuse system worked, but the object was so big that we lost the outer half of the wing. We had to stop for one hour: we took off the wing completely so we could use the rudder's blade. Now we're sailing with the bow out of the water using the foil.”

Team members on the veteran all-pro team were shaken by the incident, sharing their views on the video: “We suddenly stopped during the night, it was quite scary. If we had hit the object one meter to the right, quite tall and heavy, we would've wrecked the whole engine.”

As of now, Maserati is proceeding at 21.7 knots on a heading of 260° and about 100 miles behind their division leader Argo, Jason Carroll's MOD 70, who is charging west at 26 knots. The damage is impeding their progress, but the team is continuing undaunted.

Besides OEX, three of the other six boats that have retired are back in port - Nalu V, Aloha and Trouble - while Mayhem, Macando and Live Wire are still on their way back to the coast.

In contrast, reports coming from some members of the 84 boats still racing are generally upbeat and the teams are enjoying the race. The first wave starters are enjoying classic downwind Transpac conditions and their leaders are thinking about their halfway celebration plans. In the next wave of Friday starters there is also upbeat energy as the members of this wave are starting to exit from the cold coastal winds and into the warmth and sun of the trades.

We had a great start and trip to the west end of Catalina. Good Call crossed us just before we cleared the point at the West End without  having to tack from the start. Many in our fleet tacked up right after the start and that became lost distance to us. Once we cleared the end of the island it was light for a few hours then we got into the breeze. It became very choppy and with winds in the 20's it was sloppy and the boat was on it's side making the general task of eating, dressing or any other life skills extremely difficult.

The start of day 2 we decide to go to a Code 0, this made the boat plane faster but we were on the edge of disaster for the next 20 hours with a reef, the 0, and jib all up at once. The closer we sailed to the edge the better we did on the fleet. We are now into Day 3 and flying a Code A2 spinnaker.

We had one scare with the charging: our usual charging RPM was causing the batteries to turn off. Jay played around and finally got it to start charging. Since we make our own water it was a bad situation: we use dehydrated food for the most part, and guys are trading their portions of some of the flavors for others already. [In all] everyone is doing great and pressing hard.

The first 24 hours on most of the Saturday starters was not so upbeat: that Catalina Eddy was a vortex of no wind keeping most of the fleet trapped between Catalina and San Nicholas progressing at only 1-2 knots before finally getting out to the stronger winds offshore. On board Quentin Stewart'sInfinity 46R Maverick, the only entry from England in this race, Mike Firmin reported the following:

“Patience paid off, [we are] blast reaching since we broke into the synoptic breeze yesterday feeling good as we charge along the routing.

Had some fun with the Navy life firing demonstration yesterday. Had to commence negotiations with them at 0800 hrs on the 14th as they politely requested we deviate from our 230 degree course heading to head 50 degrees off course due south at 180 degrees for 35 nautical miles. Once we explained to them what we were up to, and noted another 20 boats were following a similar line they agreed to allow us to steer 200 degrees…a great result given the alternative. Heard two missile launches but nothing more.

Hope everyone is having a great race, next 24-48 hrs tweaking the slot will be interesting.

The “slot” being making the tradeoff between speed and distance sailed towards Hawaii in the next phase of the race: sail closer angles for less distance at slower speeds versus broader angles for more speed but for more distance.

Reports like these, YB tracker tools, race standings and more are available on the race website, and progress for boats on the course can be followed on the 4-hour delay YB tracking found from this link https://yb.tl/transpac2019 on the race website. Daily position analysis videos from offshore racing commentator Dobbs Davis will also be posted on the site most mornings during the race.

Click here for Race Tracker and Blogs From The Boats