Riga debut for RallyX Nordic as series lands in Latvia 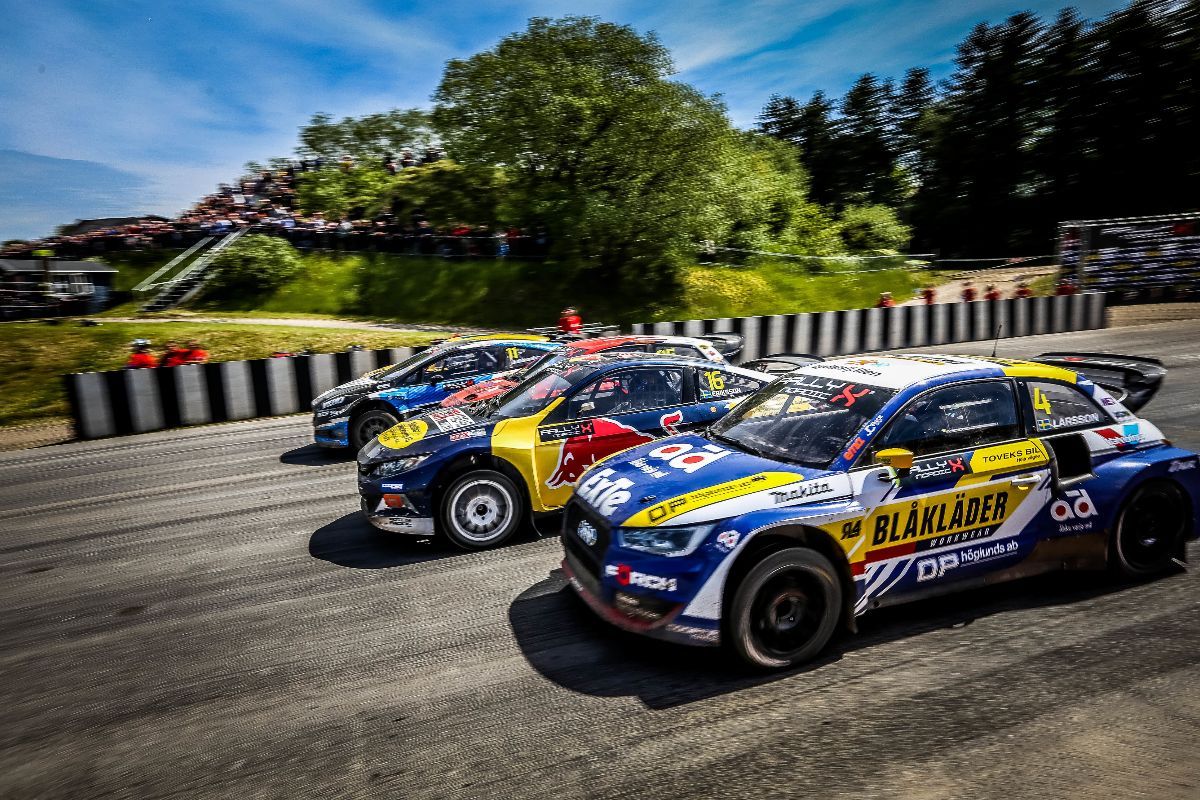 Eriksson leads the way in Supercars, with Gundersen ready to defend Supercar Lites advantage
Top three battle for supremacy in RX Academy, with Andersson at the head of the CrossCar field
Home heroes Gryazin (Supercar Lites), Vitols (RX Academy) and Baldins (CrossCar) gunning for glory
Semi-finals and finals to be broadcast live on series’ Facebook page

RallyX Nordic presented by Cooper Tires will visit the Biķernieki circuit just outside Riga for the first time this weekend (20/21 July), with thrilling title fights brewing across the board as round four races into view.

The Latvian FIA World Rallycross Championship venue features tight, technical sections with guardrails and concrete blocks surrounding competitors as well as a spectacular jump to round out the lap.

The action has been suitably fierce in the first three rounds of the season, with a maximum margin of nine points separating the key championship contenders across the four categories. The RX Academy currently boasts the closest title battle, with its top three drivers separated by just four points.

Oliver Eriksson is the man to beat in the headlining Supercar class. The Olsbergs MSE driver has won two out of three rounds and looks to be on ominous form leading both the Nordic and RX2 championships. Eriksson hasn’t had it all his own way, though. The Swede is being chased hard by countryman Robin Larsson and the increasingly impressive Jere Kalliokoski, who have attained two podiums each.

JC Raceteknik's Larsson commented: “We have enjoyed a great run in Euro RX with three wins in a row, but we have just been very unlucky in Nordic this year. The pace has been there at every event but we have had reliability problems, contact with other drivers and penalties that have stopped us from maximising our potential.

“I have a good amount of experience at the Biķernieki track and finished second here in 2017 in Euro RX, so I feel like we are in a good place to fight for the win. I’m looking forward to the challenge and it should be another great battle with Oliver and the rest of the Supercar guys.”

Nordic Supercar regulars Ulrik Linnemann and Philip Gehrman are hot off the back of their first World RX appearances at Höljes’ ‘Magic Weekend’ just over a week ago, while Daniel Thorén is set to return from injury this weekend. Mario Hansen makes his RallyX Nordic debut and Ricardo Bortkevitš will have the support of the home crowd, the Estonian hailing from near the Latvian border.

Meanwhile, in Supercar Lites, JC Raceteknik team-mates Ben-Philip Gundersen and Sondre Evjen lead the way on 75 and 68 points respectively, with a victory apiece to-date. Linus Östlund has shown impressive consistency in 2019, and it is paying off. The Swede currently sits third in the standings ahead of round one winner Thomas Holmen.

The RX Academy table makes for interesting reading, with Marko Muru, Tommi Hallman and Rasmus Tuominen occupying the top three spots just four points apart. Each of the young hopefuls has taken to the highest step of the rostrum, making it too close to call in the title race.

In the CrossCar category, finally, two drivers have streaked clear of the rest. Having won the first two rounds, Nils Andersson enjoys a nine-point advantage over second-placed man Jimmie Österberg who, in turn, has a buffer of nearly 20 points to the rest of the pack.

There will be no shortage of home favourites for the crowd to cheer on, with three out of the four grids featuring a Latvian driver. Supercar Lites welcomes back RX2 ace Vasiliy Gryazin, who rejoins the fray for his home event. Gryazin made a spectacular comeback after a serious road accident halted his rallying career in 2015 and has gone on to score three podiums in RX2 as well as finishing eighth in last year's Nordic Supercar Lites standings. He will be joined by compatriots Roberts Vitols in the RX Academy and Ronalds Baldins in CrossCar. The local specialists will all be hoping to impress in front of the partisan crowd.

The racing will run from 16h00-18h00 (local time) on Saturday and 11h00-18h00 on Sunday. Weekend tickets are available to purchase on-site during the event. Adult entry tickets cost €25, while children aged 7-16 get in for €15. Under 7s will be admitted free, with disabled ticket-holders and pensioners receiving a 10% discount.