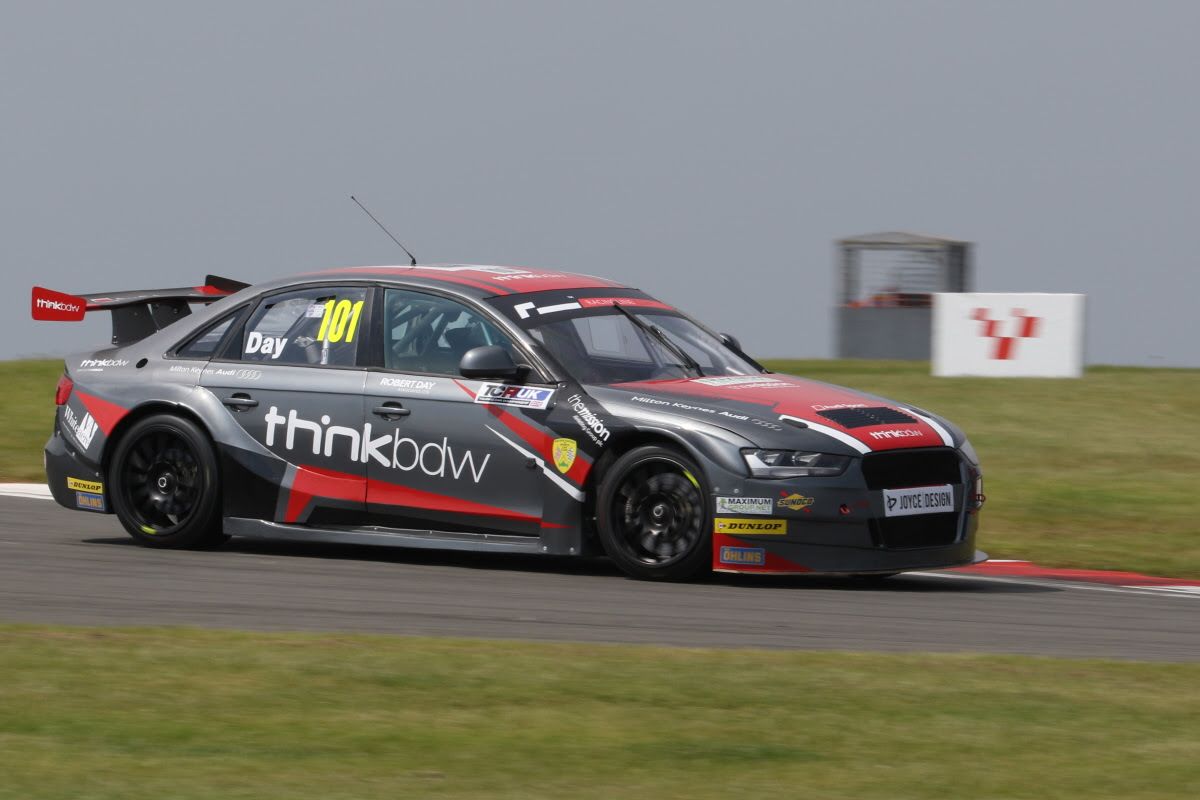 Dunlop Touring Car Trophy team HMS Racing is focused on a major turn around in fortunes when the fourth race meeting of the inaugural season takes place this coming weekend, 27th/28th July, at Brands Hatch in Kent.

Just a fortnight ago at Croft Circuit in North Yorkshire, HMS and driver Alex Day had to experience another frustrating TCT outing when a troubling recurring misfire – which first raised its head during the preceding event at Donington Park – impacted genuine podium finishing potential.

Making sensational starts to both Croft races at the wheel of his British Touring Car Specification Audi A4, Colchester’s Day surged off the line to climb from fifth to second in the opening encounter before having to settle for a top four result.

In race two, Day again lit-up the rear wheels perfectly to slice his way through from fourth on the grid into second on the run towards the first corner and he was about to challenge for the lead when the Audi suddenly slowed, before eventually creeping to a halt.

Already a podium finisher in the inaugural season of the Dunlop Touring Car Trophy, the 19-year-old HMS Racing driver should, in terms of performance, have doubled his 2019 tally of silverware at the very least at Croft.

Therefore, Day is more determined than ever to turn the tables a few days from now on ‘home’ ground at Brands Hatch and deliver the sort of results which he and the team know the package is more than capable of delivering.

“After a difficult outing at Croft, where the car showed real pace but electrical gremlins conspired against the team, I’m looking forward to a more fruitful weekend”, said Day, “Having previously had three wins in the Junior Saloon Car Championship at Brands, I’m excited about my chances of two good finishes.

“The HMS guys have worked hard since Croft to iron out the issues we had, so we’re all hoping it will be a trouble-free weekend. My pace off the line has been very good, so the aim is for that to yield some good results at Brands.”

July is certainly an action-packed month for HMS which, last week, returned to the track with its Alfa Romeo Giulietta during the Kwik-Fit British Touring Car Championship’s officially timed Dunlop tyre test at Snetterton in Norfolk.

Piloted by Rob Austin, who is taking a sabbatical from the BTCC this year along with HMS, the Evesham racer topped the last of the four sessions and was an impressive sixth overall on combined times from the two days. All attention now, though, turns back to TCT where the whole team is hungrier than ever to see Day make a deserved return to the podium.

Simon Belcher, HMS Racing team principal, commented: “Croft was a major disappointment for all of us, and not least Alex after two fantastic starts. The guys have been working incredibly hard to try and make sure there is no recurrence of the misfire, going through the Audi with a fine-tooth comb, so we’re heading to Brands aiming for a strong, and hopefully rewarding, weekend.”

Dunlop Touring Car Trophy free practice is set to take place at 10.50 on Saturday, 27th July, with qualifying scheduled to follow at 15.40. On Sunday, 28th July, round seven of the TCT season will get underway at 13.55 with round eight timetabled to begin at 17.10.