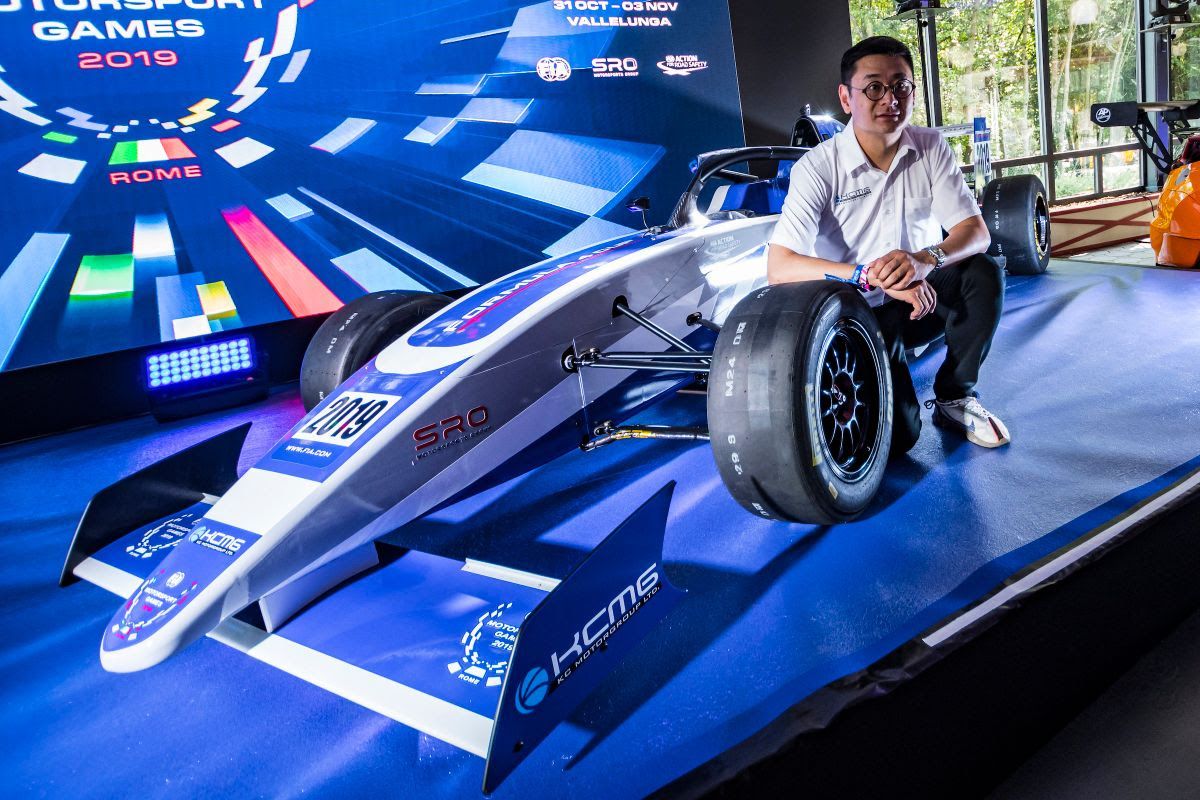 KC Motorgroup Ltd. (KCMG) has pulled the wraps off the ground-breaking new Formula 4 car for the single-seater category of the inaugural FIA Motorsport Games, due to be held on 31 October - 3 November 2019.

Taking place around the Autodromo Vallelunga Piere Taruffi in Italy, the FIA Motorsport Games is an SRO Motorsports Group-organised event that will see entrants representing their countries in various motorsport disciplines, including F4, and will receive gold, silver and bronze medals in each competition, which contribute to an overall medal table.

In a first-of-its-kind event, the car KCMG will provide is similarly innovative. Bespoke for the FIA Motorsport Games, it will be the first hybrid-powered single-seater outside of Formula 1. It will also feature the new Halo safety device, which was not due until the next generation of F4 cars in 2021.

Designed completely from scratch, the carbon fibre composite monocoque and structural parts have been manufactured by KCMG Composites in Taiwan and is powered by a 176bhp 1.4 litre turbo-charged engine with a 12kW battery.

Five months after design work began, the car hit the track for the first time in May with 2015 Italian F4 champion Ralf Aron behind the wheel. After a successful maiden outing further testing took place in June, totalling 2,000km, ahead of the push to build 30 cars for the FIA Motorsport Games.

Hitech GP will be the single entity to run all the cars during the race weekend and the drivers will only get their first laps in the Friday practice session. Each will have a specific livery tailored to each nation, identical set-ups and limited tyres, with data being shared between all drivers and engineers.

Paul Ip, KCMG Founder: "This is a monumental day for KCMG. Since I created the team in 2007, we have expanded from being a successful race outfit to a composites business and now a car manufacturer. It just goes to show the level of commitment we have to the sport. It’s an honour to be working with the FIA and SRO on the exciting new FIA Motorsport Games. I would like to thank all our technical suppliers, especially Ycom, Magneti Marelli, Abarth and Autotecnica for their contribution in helping us create a great car in a short space of time. I cannot wait to see them lined up on the grid at the first event."

Stephane Ratel, SRO Motorsports Group Founder & CEO: "I welcome KCMG's involvement with the inaugural FIA Motorsport Games. Paul Ip and his team do a superb job in a wide variety of categories and I am confident that they will make a tremendous success of this project. To produce the first hybrid-powered single-seater outside Formula 1 is certainly an achievement to be proud of. What's more, this announcement brings the FIA Motorsport Games one step closer and I know that the Formula 4 aspect will prove to be very popular. It will be particularly exciting for talented young single-seater drivers to compete for national glory and we expect to draw interest from across the globe."

Stefano Domenicali, President of the FIA Single Seater Commission: "The FIA Motorsport Games provides a further opportunity to showcase Formula 4 on the world stage and to highlight its credentials as an important first step into the FIA single seater pyramid. I am particularly pleased that we will have a first glimpse of Formula 4’s future, with the inclusion of the Halo and a hybrid power unit, ahead of their application in the regional championships from 2021."

Oliver Oakes, Hitech GP Owner: "This is an exciting announcement for Hitech. Working with young talented drivers is within our racing DNA and recently, through our involvement providing operational support to another series, we have showcased how a centrally-run race team operation should work. We are looking forward to Vallelunga in November and seeing 20 of the youngest and brightest Formula 4 drivers line up together and to be working closely with the FIA, SRO and KCMG to deliver a successful Motorsport Games."