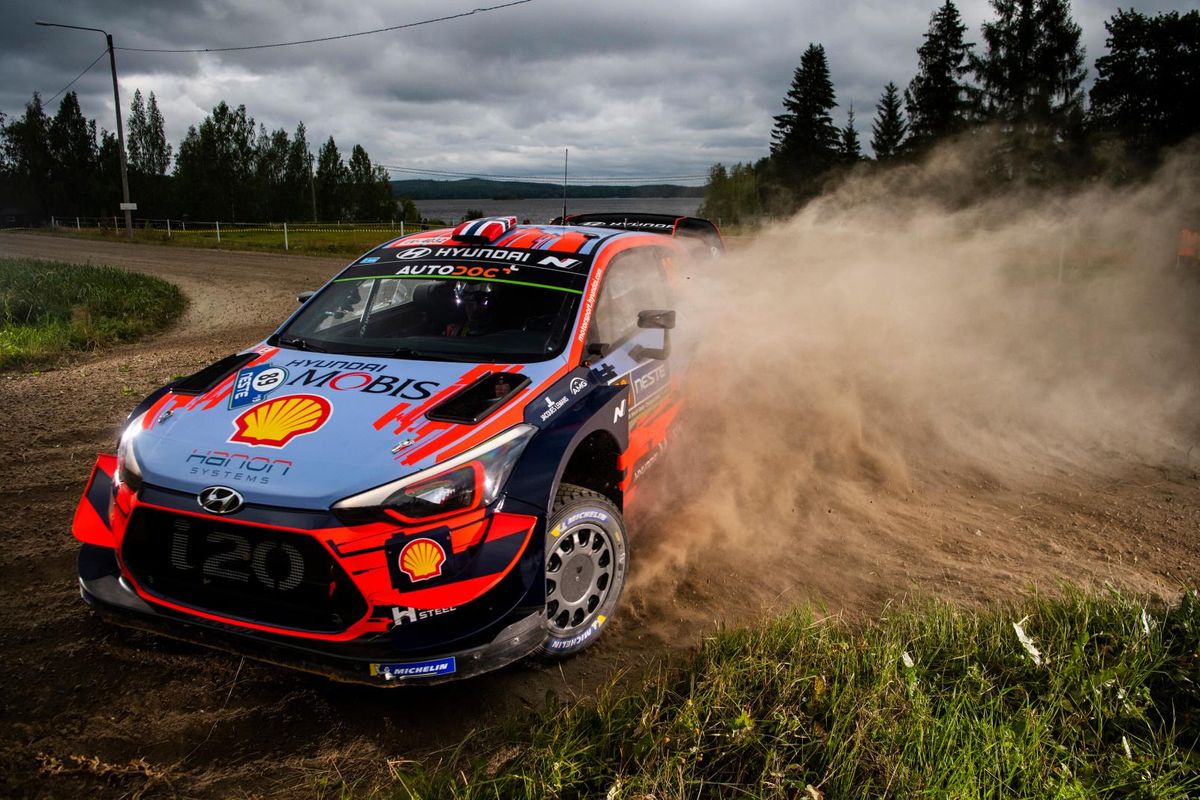 The beginning of August marks another major milestone in the countdown to the UK’s celebrated round of the 2019 FIA World Rally Championship.

With little more than nine weeks remaining until the thrilling WRC title fight arrives on these shores, official entries to this autumn’s Wales Rally GB (3-6 October) have just opened.

Entries for the shorter two-day WRGB National Rally – based right in the heart the WRC Service Park on the Llandudno seafront – which shadows the main four-day event into the legendary Welsh forests on Friday and Saturday open Wednesday (7 August). These will be accepted on a ‘first come, first served’ basis. This concurrent event offers enthusiastic amateurs an extraordinary opportunity to compete alongside their World Championship heroes.

From all perspectives, Wales Rally GB has always been one of the classic rounds on the WRC calendar attracting top class entries from right around the world. This year’s International event breaks new ground, too, living up to Visit Wales’ very pertinent ‘Year of Discovery’.

There’s also a new Saturday evening test set on the Colwyn Bay Promenade – another new crowd-pleaser on the 2019 schedule.

With the title race hotting-up, a full field of the latest generation of awe-inspiring WRC cars is expected with Citroën, Ford, Hyundai and Toyota all well represented at the front of the premier league pack. What is more, this year’s Wales Rally GB hosts the thrilling finale to the 2019 FIA Junior WRC with just a single point separating the top two drivers Tom Kristensson and Jan Solans and double points on offer. It is going to be a nail-biter!

In total, a maximum of 90 entries will be accepted into the full event which includes 22 special stages adding up to just over 313km (196 miles) of world class competitive action.

The first 30 eligible entries from private entrants received before the 3 September closing date will be automatically accepted. A full breakdown of entry fees is available in the Supplementary Regulations found on the walesrallygb.com website with local crews able to take advantage of the discounted British privateer entry fee of £2200.

Running alongside the main event, the WRGB National Rally has been a sell-out in recent years and this year’s two-day event is again likely to be oversubscribed. Initial entries will be restricted to maximum of just 70, though this figure could be increased to make a total field of 160 cars should the International event attract fewer than 90 starters.

The first 55 completed registrations received after National entries open at noon on Wednesday 7 August will be accepted on a ‘first come, first served’ basis, with the remaining 15 places to be allocated at the organisers’ discretion – several of these being reserved for outstanding performers in the UK’s major domestic championships via the Road to Wales initiative.

With eight challenging stages totalling an extended 85 miles of competitive action, the WRGB National rally is priced at £900. To register, fully paid entries must be made online through the official walesrallygb.com website when entries open next week.

“This is an incredible opportunity for both British and overseas competitors to be part of an event that is going to be one of the very best in the world,” said Hugh Chambers, Chief Executive of Motorsport UK, organiser of Wales Rally GB. “The latest generation of WRC cars just have to be experienced to be believed and we have a gripping three-way title battle adding even more interest. It’s certainly a world championship event neither participants nor spectators will want to miss.”

For those not lucky enough to be revving up for high-speed action, a wide range of early bird admission tickets are on sale offering considerable discounts. If purchased before midnight on 12 August, adult prices start at just £15 for the Colwyn Bay stage on Saturday evening. Accompanied children aged 15 and under are admitted free.

Full information can be found on the official www.walesrallygb.com website and via the event’s social media channels.