Honda aiming for top step as BTCC returns to Thruxton 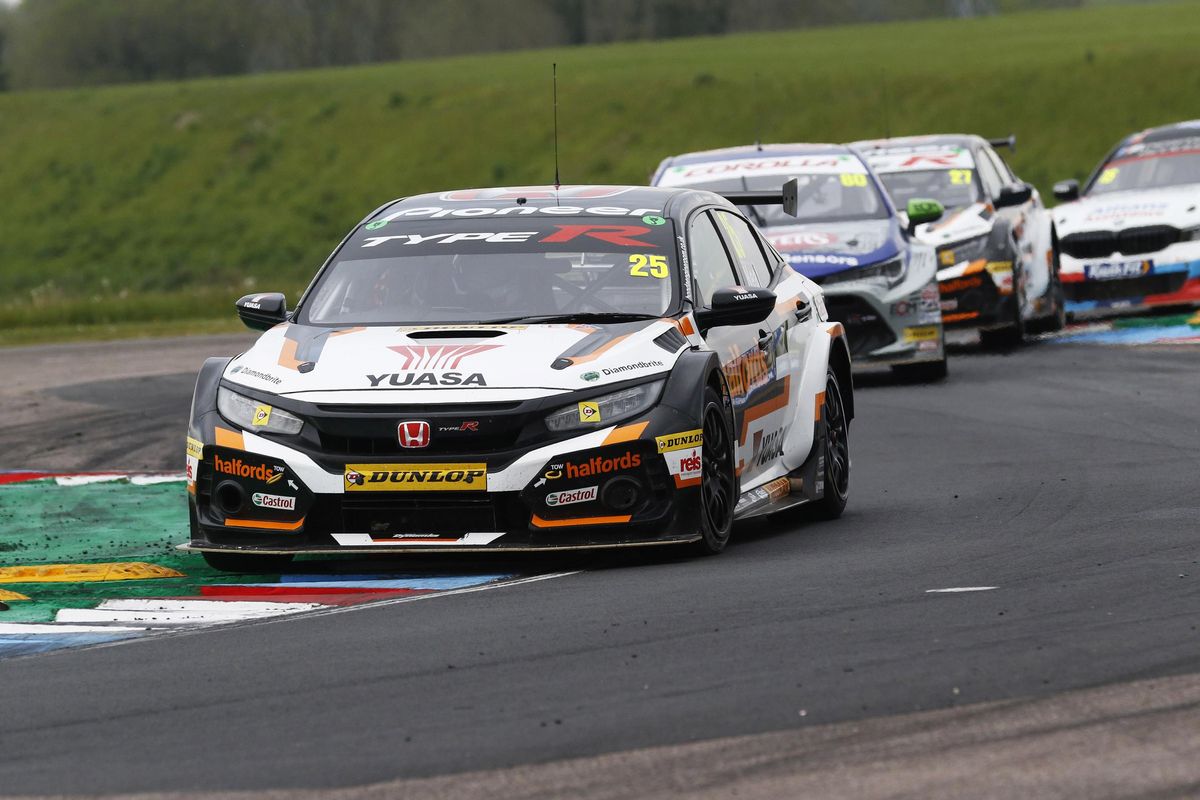 Honda British Touring Car Championship drivers Dan Cammish and Matt Neal will be aiming for the top when the series makes its second visit of the year to Thruxton on 18th August.

Cammish took a brace of third-place finishes in the meeting at the Hampshire circuit in May, beginning an impressive record which has since seen the Halfords Yuasa Racing man put his Honda Civic Type R on the podium in seven of 12 races. Most recently he battled to second place in two of the three rounds at Snetterton in Norfolk.

Team-mate Neal has been getting the rough side of the luck this season, but he finished an impressive fourth in the May Thruxton meeting, at a circuit where he has won five BTCC races in a factory-backed Honda.

The Halfords Yuasa Racing team heads to Hampshire not only with the benefit of much useful data gathered at the May meeting, but the knowledge that Thruxton is the squad's most successful venue – nine seasons competing as the factory Honda team have produced 11 wins at the circuit, including one memorable weekend in 2013 when the team locked out the top of the podium in all three races.

Dan Cammish – Halfords Yuasa Racing driver
Snetterton was another great weekend for me, the car was hooked up all weekend and I managed two second places which was awesome, particularly the second race of the day. That one felt like a win, the car wasn’t as strong as in the first race so I was having to drive at ten-tenths everywhere and defend from behind.
I’m looking forward to going back to Thruxton as I feel there is unfinished business there from earlier in the year. I had two podium finishes, but I desperately want that first win of the season for us!

Matt Neal – Halfords Yuasa Racing driver and Team Dynamics Director
Snetterton was the story of my season so far, sometimes I feel if I didn't have bad luck I'd have no luck! But onwards and upwards – Thruxton is a circuit we go well at and I've enjoyed a lot of success there. I’ll be pushing for podiums and trying to claw my way back up the Championship standings.