1,2 result and lead of the standings for Audi in ADAC GT Masters 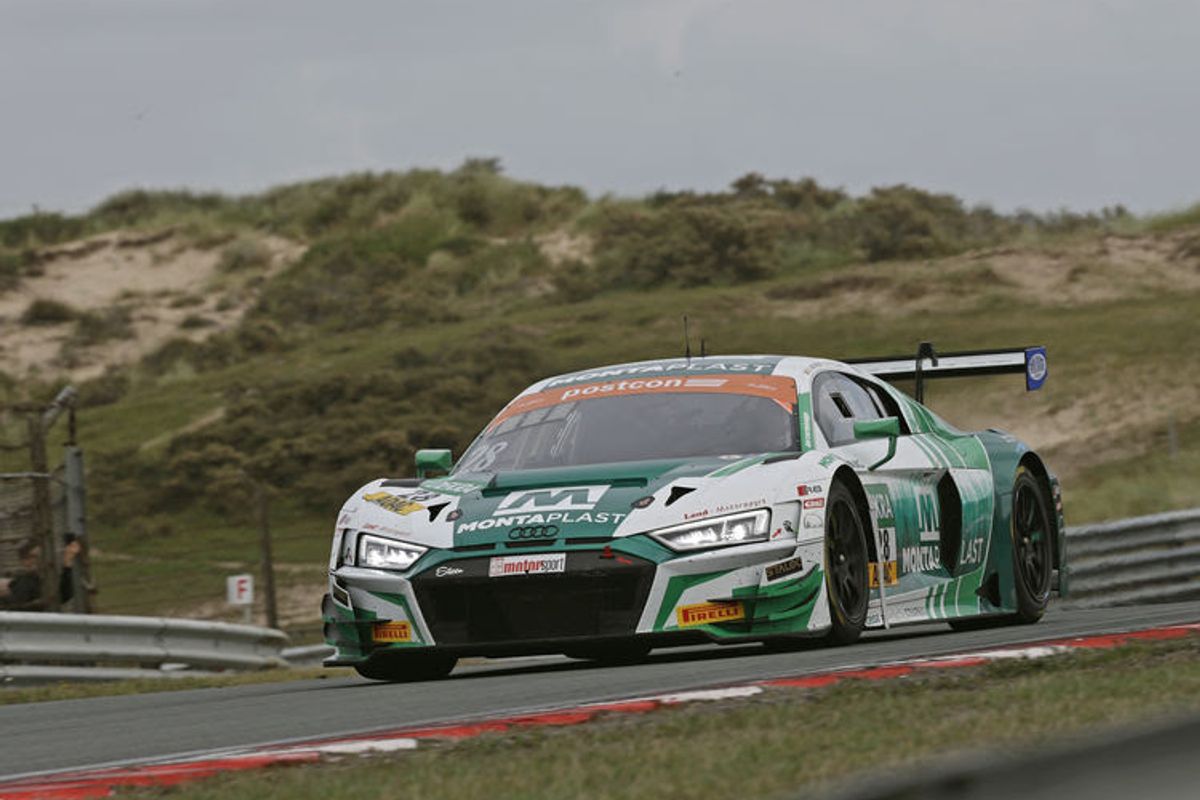 Audi Sport customer racing together with Team Montaplast by Land-Motorsport celebrated the first one-two result of the Audi R8 LMS in the ADAC GT Masters. Another customer team – HCB-Rutronik Racing – extended its lead of the standings with the Audi R8 LMS.

One-two result at Zandvoort: For the first time this season, the Audi R8 LMS achieved a one-two result in the ADAC GT Masters. Following a summer break, the GT3 racing series was held in the Netherlands on the second weekend in August. On the circuit at Zandvoort, Audi Sport driver Dries Vanthoor and his teammate, Ricardo Feller, scored their first victory in Sunday’s race after having started from the second spot on the grid.

Second place went to their teammates from Montaplast by Land-Motorsport. Audi Sport driver Christopher Mies, who had been leading the race up until the pit stop, together with Austrian Max Hofer, in the end, had to admit defeat by 2.4 seconds. The timing of the pit stop made the crucial difference: when Mies handed his Audi R8 LMS over to Hofer, Vanthoor stayed on track two laps longer, achieving better lap times in the lead as a result, and, consequently, gained the decisive advantage. With three events yet to be held, an Audi driver pairing continues to lead the standings: Kelvin van der Linde/Patric Niederhauser from HCB-Rutronik Racing extended their advantage to 18 points. Christopher Mies/Max Hofer are sitting in third position. Hofer is additionally leading the Juniors’ classification ahead of Feller while HCB-Rutronik Racing is ranked two points in front of Montaplast by Land-Motorsport in the teams’ standings.

Seventh victory this season in Canada: Parker Thompson scored his seventh victory in eight races this season at the pinnacle event of the Canadian Touring Car Championship season. In the Grand Prix de Trois-Rivières, the Canadian at the wheel of an Audi R8 LMS GT4 won the GT Sport class in the second race after a rival had hit his car in race one and he was forced to retire. After four events, Thompson is leading his class with a 460-point advantage.

First podium result for racing one: Team racing one achieved its first podium finish in the ADAC GT4 Germany at Zandvoort. In round three of the racing series that is held for the first time this year, Markus Lungstrass and Mike Beckhusen shone with a strong fightback in the second race. From the 19th spot on the grid, they improved to third position in the one-hour race that includes a driver change. In addition, Lungstrass was the best Trophy driver in the field and, at the season’s midpoint, is now third in this classification while Beckhusen currently is sitting in third position of the Juniors’ classification.

Lead of the standings preserved: Antti Buri maintains a significant advantage in the ADAC TCR Germany standings. The Finn in an Audi RS 3 LMS improved from fifth on the grid to second place in the second race at Zandvoort. This marked his fifth podium result this year, including three race victories. As leader of the standings Buri is currently twelve points ahead of last year’s champion Harald Proczyk.

Jean-François Hevey best Audi driver in Canada: At the fourth round of the Canadian Touring Car Championship, Jean-François Hevey was the best driver of an Audi RS 3 LMS in both races. In race one of the Grand Prix de Trois-Rivières, he clinched third place in the TCR category, in the second race, he won his class with a 1.4-second advantage. Travis Hill as runner-up with a one-point advantage over Hevey remains Audi’s best privateer driver in the standings.

Next appearance of the Audi R8 LMS GT2: Following its world premiere at Goodwood on July 5 and its appearance in the formation lap of the 24 Hours of Spa on July 27, the new Audi R8 LMS GT2 was a guest at the next major public event. 53,500 spectators watched the 47th edition of the AvD Oldtimer Grand Prix at the Nürburgring. In the middle of the paddock, the latest race car from Audi Sport customer racing was an absolute eye-catcher. Starting in the 2020 season, the 640-hp race car will be able to compete in the new GT2 category in America, Europe and Asia and, in addition, is ideally suited for participation in Track Days and Race Resorts.