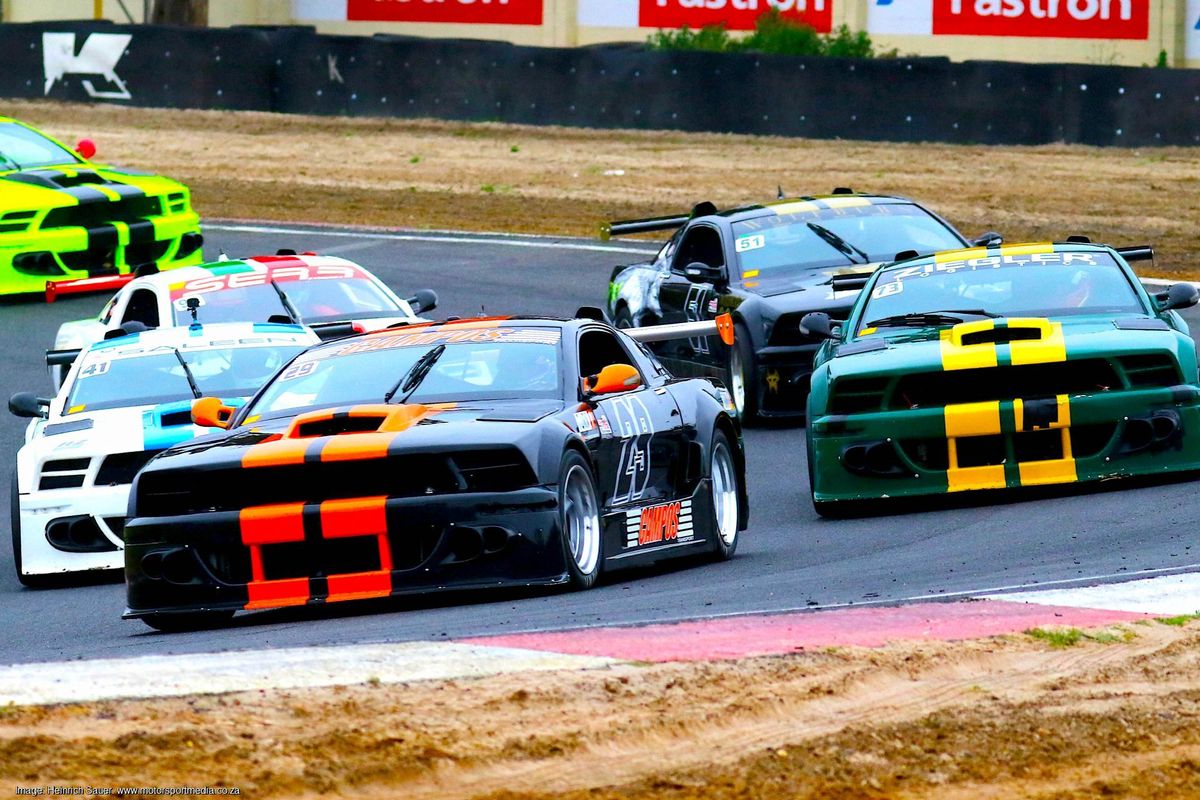 Quite plausibly the biggest grid of V8 supercars to ever race in South Africa is converging on the Kyalami Grand Prix Circuit for a unique V8-only race meeting as part of the annual Festival of Motoring presented by WesBank 22-25 August. With a record 35 entries already in from South Africa's foremost V8 categories, the Mobil 1 V8 Supercars and the V8 Masters will add thunder to the extravaganza Festival weekend.

Behind them expect a Ford versus Chevy versus Jaguar spat to entertain with among the biggest names in South African racing battling it out on that hot Kyalami bitumen, not least of all old guard Ben Morgenrood, Roelf du Plessis (LSP Corvette) and Larry Wilford (Fuchs Mustang) taking on another multiple SA champion Hennie Groenewald.

Racing alone of Saturday and in that super V8 showcase on Sunday, they may very well normally race in the Cape, but the V8 Masters will make the trip up to the Reef, where surprisingly enough, Kyalami will play as home races to a fair number of Master drivers who otherwise travel to the Cape to race.

Limited to over-40 year old drivers, the V8 Masters race identical SA-built Mustang-like 347kW Ford V8-powered APV347is with a little less power, rubber and aero than the Supercars, so they should race a couple of seconds slower per lap than the Supercars and there are sixteen of them headed for the Jozi showdown.

The V8 Masters will see championship leader Fabio Tafani from Pretoria and Jozi gents Rui Campos (Campos Transport) and Paolo Cavallieri flying the Gauteng flag, but if anything was to be taken out of the previous Masters race at Killarney last week, it’s that the Jozi locals will have their work cut out by the Cape Town contingent after Marcel Angel’s black and yellow Autohaus Angel challenger put one over arch-rival Tafani’s turquoise and orange machine, and the rest.

,
The Festival of Motoring is of course far more than just V8 racing — SA’s live motor show with driving attractions from latest car model self-drives to the chance to be driven around the Grand Prix Circuit in a supercar and the interactive 4x4 zone, never mind all the next and new models on display, a future mobility tech zone showcasing; Supercars, GTs, historic racers and so much more on show in the halls and on track.

Of course that V8 thunder will be principal among the attractions to the petrol head at the family focussed Kyalami Festival of Motoring, so book now to avoid disappointment at festivalofmotoring.za.messefrankfurt.com.