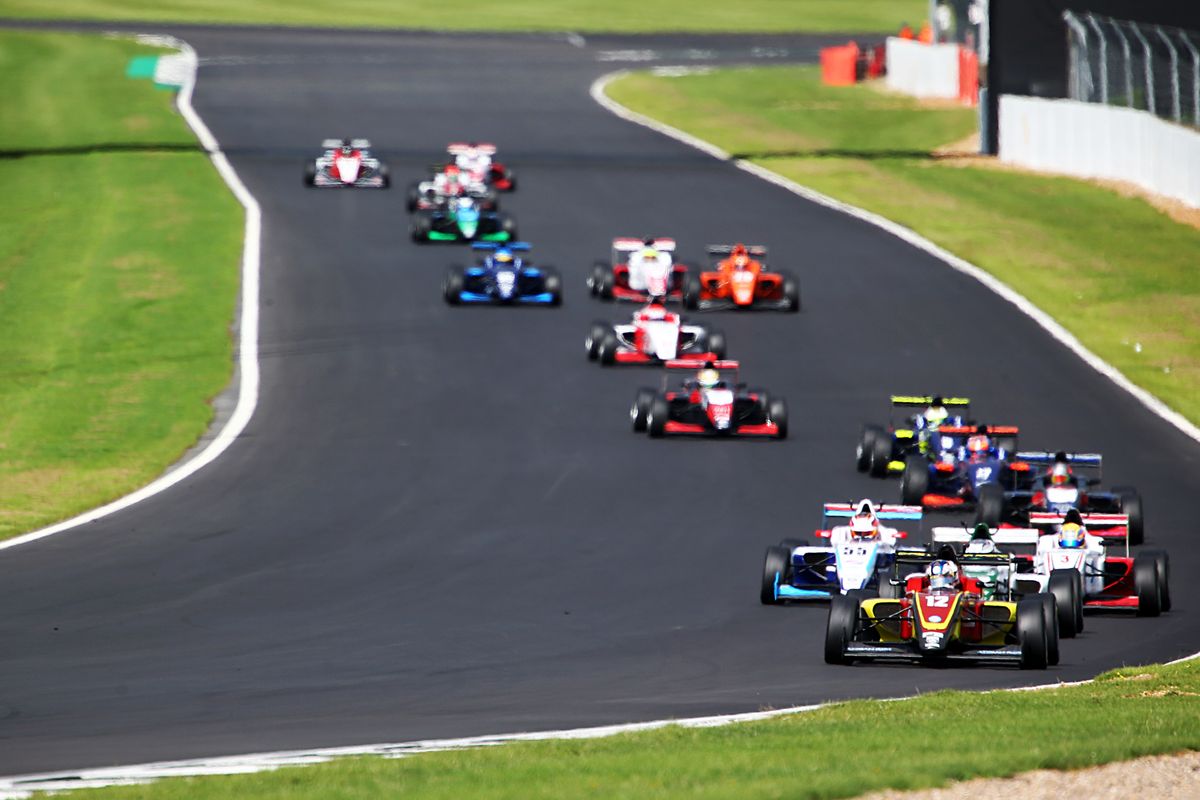 Race two
Maldonado started from pole position and led every lap in this morning's reverse grid encounter, quickly establishing a lead of over four seconds and maintaining that advantage to the chequered flag, despite wet conditions. He became the 13th different winner of the year, after Sasakorn Chaimongkol became the 12th different victor yesterday.

Maldonado finished ahead of Hillspeed's Nico Varrone, while Clement Novalak stretched his championship lead to 50 points after claiming a podium from ninth on the grid, while main rival Johnathan Hoggard could only manage 14th after an early incident. Simmons also boosted his championship hopes with a strong drive from 12th on the grid to fourth. Kris Wright (Fortec) and Ulysse De Pauw (Douglas Motorsport) completed the top-six.

Race three
Douglas Motorsport's Kiern Jewiss started on pole for the second time this weekend, but was again beaten off the line and on the approach to Copse, with Simmons grabbing the lead from second on the grid.

Simmons led throughout but had to keep his cool with Jewiss constantly in his mirrors, with the pair separated by 0.546 seconds at the end of the 10 lap race. Double R's Neil Verhagen joined them on the podium, but outside the top three, the main talking point was Novalak's rise from seventh on the grid to fourth, and ahead of Hoggard once more. Hoggard had to settle for fifth despite pressuring the championship leader at the end of the contest. Hampus Ericsson completed the top six for Double R Racing.

Results across the weekend mean there's a four way title shootout to look forward to at Donington Park in a month's time. Novalak leads Hoggard by 52 points, with Simmons just nine points further back. Jewiss is 103 points behind Novalak, with 106 points available at Donington based on a 17 car grid.

Race two winner Maldonado said: "It's good to win, even though it's not the way we want to do it, with a reverse grid. We had a pretty bad day yesterday, but nevertheless we made sure we got off the line, built a gap up and after that it was a matter of making sure the tyres didn't go off at the end and that was pretty much it."

Race three winner Simmons said: "We always seem to go pretty well around here. Even in qualifying we had the pace, a bit of a messy first lap yesterday but we always knew we had the pace. I'm really enjoying life at the moment!

"The championship is a bit of a long way away but all we can do is score as many points as we can. If we can get closer, brilliant, if not then it is what it is and we've had a fantastic season."