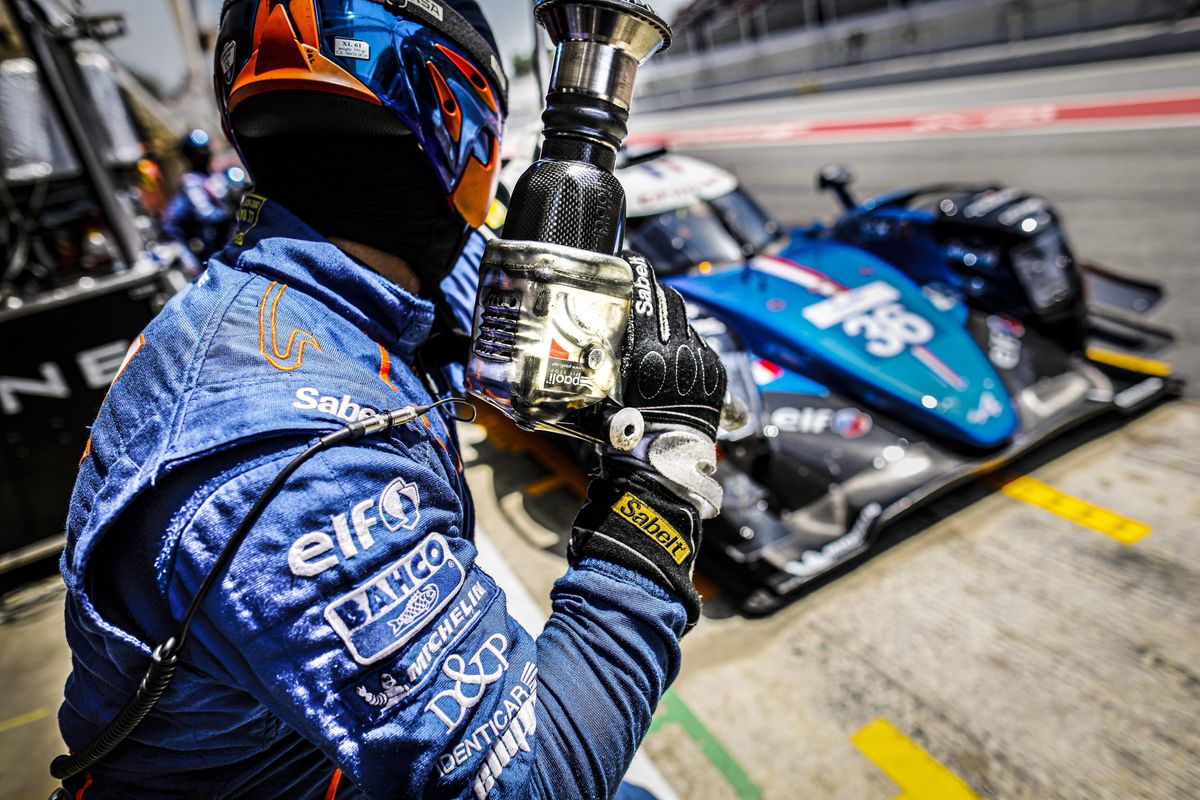 The 2019-2020 FIA World Endurance Championship season begins at Silverstone (Great Britain).   Reigning champions Signatech Alpine Elf are among the favourites in the LMP2 category.
After a promising Prologue, André Negrão, Thomas Laurent and Pierre Ragues are aiming to start the season with a strong result.

Season eight of the FIA World Endurance Championship kicks off at legendary Silverstone, one of the most popular tracks with the drivers and fans thanks to its heritage and high-speed sections.

Following a 2018-2019 campaign that concluded with a second LMP2 world title, the Signatech Alpine Elf team returns to competition a month after the Barcelona Prologue. During this official test, André Negrão, Thomas Laurent and Pierre Ragues started working together while fine-tuning their feeling with the Alpine A470.

Guaranteeing continuity within the team, Brazilian André Negrão is joined by Pierre Ragues, who played a key role in Alpine’s first ELMS title in 2013, with whom he teamed with in 2017, and Thomas Laurent, ready to tackle his first race with Alpine and looking to extend his winning streak at Silverstone after his LMP2 and LMP1 wins there the past two years.

During their preparations, the three drivers put in more than 1,200 kilometres in Spain, while also evaluating the range of tyres on offer from Michelin, with whom Alpine hasn’t run on at Silverstone since 2014.

Despite this intense preparation, the Battle of Britain promises to be wide open. In addition to growing opposition with the arrival of new ambitious contenders, the competitors will have to deal with a different format from last year, forgiving even less the slightest mistake with the race length being reduced from six to four hours!

The 31 cars, including eight entered in LMP2, will have two free-practice sessions on Friday. The set-up work will continue Saturday morning prior to qualifying at 12:20. The 4 Hours of Silverstone will start Sunday at noon, local time.

"A new era of the FIA WEC World Championship now begins as the new calendar format is set in stone. The same goes for us with a new trio of drivers and a first full season in the world championship with our partner Michelin. The length of some races has also changed, beginning with Silverstone. For all these reasons, the competitors will have a little less control of the situation than in previous years, but we all are in the same boat. We look forward to attacking this superb calendar that will conclude at Le Mans in June 2020 and our target is clear: we want to defend our titles. The entire team has done a good job preparing for this four-hour event, a slightly different format where tyre management will be less important than usual, especially since Silverstone is billiard-table smooth since being resurfaced. The pace remained very intense during this short off-season with the Barcelona Prologue and the preparation for Silverstone and we believe that our choices and our work will bear fruit this week. A real sprint is coming, but we are ready!"