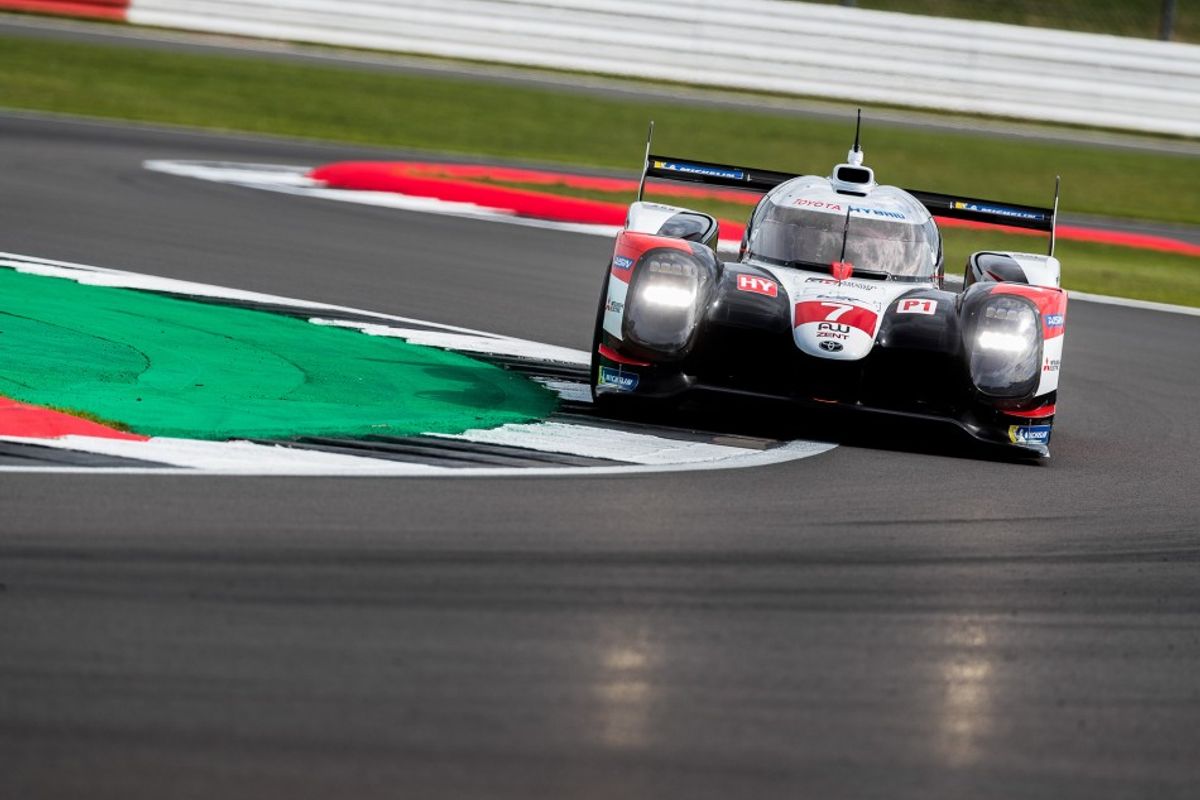 The no7 Toyota Gazoo Racing TS050 Hybrid has taken the first championship point of the new FIA World Endurance Championship season by claiming the pole position for tomorrow’s 4 Hours of Silverstone.

The no51 AF Corse Ferrari of James Calado and Alessandro Pier Guidi will start the open round the 2019/20 season on pole.  The 2019 24 Hours of Le Mans winners set an average lap time of 1m54.171, 0.131 seconds ahead of their teammates Davide Rigon and Miguel Molina in the no71 488 GTE EVO.  The Ferraris were eight tenths ahead of the no97 Aston Martin Racing Vantage of Maxime Martin and Alex Lynn.

The LMGTE qualifying session was interrupted by a red flag when the no91 Porsche 911 RSR-19 of Gianmaria Bruni spun in a cloud of tyre smoke between turns 1 and 2, the Italian’s front wing exploding as he tried to recover to the pitlane.  The resulting debris meant the track had to be cleared. The no91 Porsche was repaired and finished the session in 4th ahead of the no95 Aston Martin and the no92 Porsche of reigning champions Michael Christensen and Kevin Estre, who will start at the back of the LMGTE Pro grid.

The LMP2 pole position was claimed by the no29 Racing Team Nederlands Oreca-Gibson with Giedo Van Der Garde and Job Van Uitert finishing seven tenths ahead of the rest of the strong field with an average lap time of 1m40.948.  The no22 United Autsoports Oreca was second with Paul Di Resta and Phil Hanson doing the laps.  The British duo finished the 20-minute session with a 1m41.683.

In LMGTE Am category the no90 TF Sport Aston Martin Vantage of Salih Yoluc and Charlie Eastwood will start on pole with an average lap time of 1m56.034, three tenths ahead of the reigning champions Team Project 1, with Matteo Cairoli and Egidio Perfetti setting a 1m56.371 in the Porsche 911 RSR.

The no98 Aston Martin Racing Vantage of Ross Gunn and Paul Dalla Lana will start tomorrow’s race in third, with the no83 AF Corse Ferrari in fourth.

Team Project 1’s second car, the no57 Porsche, wasn’t able to take part in qualifying due to a technical issue which saw the team remove the engine from the car.

The 4 Hours of Silverstone will begin at 12h00 on Sunday 1 September.