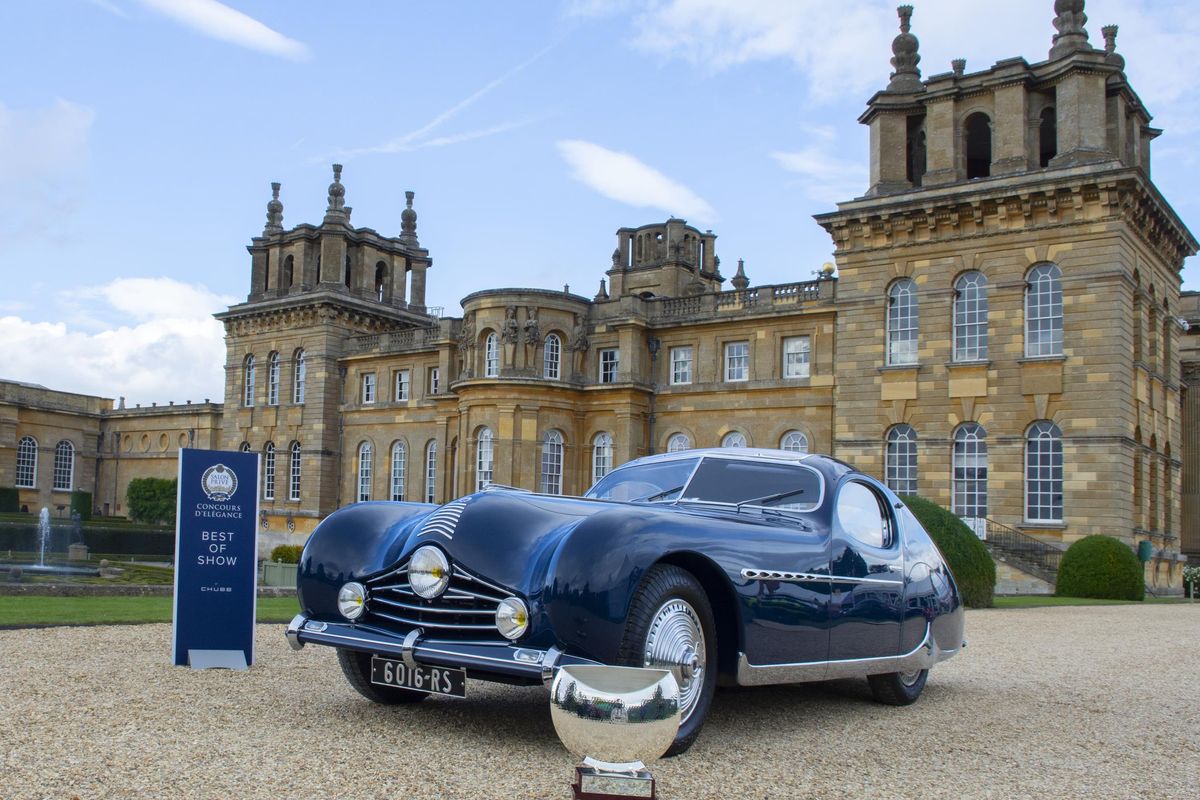 CURTAIN FALLS ON THE MOST SUCCESSFUL SALON PRIVÉ EVER

Records were broken across the board at this year’s ‘Salon Privé Week’. The event, still only in its 14th year, attracted more visitors, more international concours entrants, more exhibitors and more automotive debuts than ever before. In excess of 25,000 guests attended the 4-day event which saw 80 luxury and automotive brands presenting their latest products. A total of 11 new cars were debuted, including 5 UK debuts, 5 European debuts and 1 World debut, the 1939 Bentley Corniche from Bentley Motors.

Salon Privé comprises seven individual events over five days, attracting automotive royalty from across the globe to Oxfordshire and the stunning home of the 12th Duke of Marlborough, Blenheim Palace.

Wednesday 4th September saw Tour Privé depart with 50 stunning and rare classics set off from Blenheim Palace for a 120-mile round-trip through the Cotswolds. The Salon Privé Concours d’Elégance by Chubb Insurance took place on Thursday 5th, with 57 classic car and 18 motorcycle entrants, from 16 countries, competing for the main prize, the Salon Privé Best of Show. Friday 6th saw Salon Privé Ladies’ Day by Boodles with hats of all shapes, colours and sizes arrive in the hope of winning the spectacular BeBoodles pendant offered with the Boodles Best Hat competition. Also that day, the Salon Privé Concours d’Elégance by Chubb Insurance Best in Show was announced with the sensational 1948 Talbot Lago T26 GS Fastback Coupé taking top honours. This stunning and worthy winner will now go on to compete in the elite Peninsula Classics Best of the Best, with Salon Privé being a Partner Concours.

Friday evening saw neighboring Woodstock play host to the inaugural Salon Privé LIVE which saw 120 classic, super and hypercars parade through the streets to the rapturous applause of local residents with live music and dancing afterwards. Salon Privé LIVE is the all new automotive street party.

Saturday 7th saw the start of two days of celebration for the most iconic of British luxury automotive brands, Bentley. On the South Lawn and with a panel of judges that included Chairman and CEO of Bentley Motors, Adrian Hallmark and 5 times Le Mans Winner, Derek Bell MBE, 52 sensational Bentleys came together for the Salon Privé Bentley Masters by Chubb Insurance, Pirelli and Lockton Private Clients. With a line-up that included amongst other, the oldest Bentley in existence, the 1920 EXP No.2, 1934 Barnato Hassan, 1939 Corniche (which made its Global Debut at the event) and 1952 R Type Continental No. 1, it was, by all accounts, the most prolific gathering of significant Bentleys ever. That evening the Salon Privé Bentley Masters Owners’ Choice was announced with the stunning 1930 4.5 Litre Supercharged by Gurney Nutting owned by American collector, Anne Brockinton Lee taking the top prize. Interestingly, both the 4.5 Litre and EXP 100 GT had been together just 2 weeks prior at Pebble Beach.

While Bentley was being celebrated on the lawns of Blenheim Palace, the inaugural Salon Privé GT Tour was launched with 61 super and hypercars departing Brooklands heading to Goodwood for a run up the Hill, before returning to Salon Privé at Blenheim Place on the Sunday, taking pride of place in the Great Court.

Sunday 8th September saw the South Lawn open to the public for the first time ever with the newly launched Salon Privé Classic & Supercar and on the North Lawn, a major world record was broken as 1,321 Bentleys gathered in celebration of their beloved marque.

Of the marque celebrations at Salon Privé this year, Bentley Motors Chairman & CEO, Adrian Hallmark, confirmed the world’s first continuation of a pre-war race car with the 12-strong continuation series of the iconic 1929 Team Blower. The 12 new Blowers, each identical to the original will be built – one for every race the original Team Blowers entered.

Meanwhile, 100 years of Brough Superior was celebrated In the Salon Privé Concours d’Elégance, with six models, book-ended by the 1930 SS80 De Luxe and the 1939 SS80.

Brothers and Founders, Andrew and David Bagley were justifiably thrilled with the final outcome, commenting, “This year’s event surpassed even our highest expectations. The sheer diversity of classic cars, modern super cars and luxury brands on the lawn now is simply without equal and just keeps on getting better and better with every edition. This year, we’ve welcomed more international owners and brands than ever before and it’s so gratifying to see the event extend its reach across the world making many new friends along the way.”