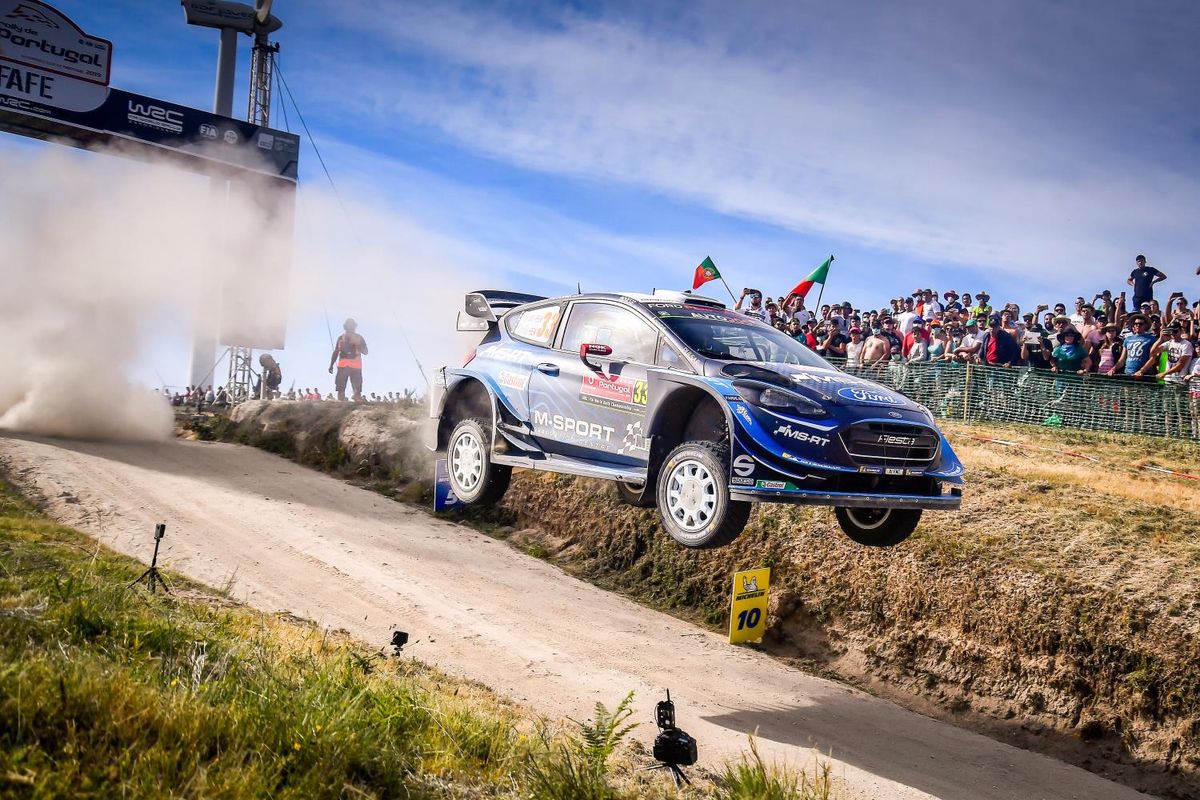 Next month’s Wales Rally GB (3-6 October) has attracted a star-studded line-up after organiser, Motorsport UK, confirmed it has received a world class entry from right around the globe for the UK’s eagerly awaited annual date on the FIA World Rally Championship (WRC) calendar.

Entries for round 12 of this year’s 14-round WRC closed late last week, with an outstanding field of 59 International crews representing no fewer 24 nations revving up to compete against-the-clock on an exciting new-look route starting in Liverpool and featuring 22 gruelling special stages the majority of which are set in the legendary Welsh forests.

Ogier took a record fifth Wales Rally GB win 12 months ago, Latvala won in 2011 and  2012, local hero Evans made his own history when winning in 2017 while the ebullient Solberg, a four-time winner between 2002 and 2005, is making an emotional farewell on event he adores. To mark the special occasion, Petter is joined on the entry list by his older brother Henning and 18-year-old son Oliver, one of the sport’s hottest prospects.

Adding to the excitement all the major protagonists are split between the four major manufacturer teams guaranteeing fierce competition amongst the pace-setters. All four teams are fielding the latest generation of World Rally Cars, the fastest machines ever unleashed in the forests.

Ogier now finds himself in a Citroën C3 WRC together with team-mate Esapekka Lappi (FIN); Latvala lines up alongside the hard-charging Kris Meeke (GBR) and current series leader Ott Tänak (EST) in a trio of Toyota Yaris WRCs while Evans returns in one of three M-Sport run Ford Fiesta WRCs after missing the previous three rounds due to a back injury.

Although Hyundai doesn’t boast a previous event winner, its three-car entry of i20 Coupes is equally competitive with Thierry Neuville (BEL), Andreas Mikkelsen (NOR) and Irish ace Craig Breen all armed with rally-winning i20 Coupes.

Fuelling the excitement, with both Meeke and Evans among the WRC’s big guns, hopes of a home victory have rarely been stronger.

All three Solbergs are among those rallying slightly less extreme WRC2 class cars – Petter and Oliver are armed with Volkswagen Polo R5s and Henning with a Skoda Fabia R5. The competition for category honours, though, will be every bit as fiercely fought as the battle for outright WRC honours. Once again, both local and international crews will be to the fore.

Look out, too, for Josh McErlean who won his Hyundai i20 R5s prize drive as winner of this year’s Junior British Rally Championship.

Eleven more young stars of the future will be contesting the final round of the tightly packed FIA Junior WRC. This time Tom Williams represents Britain, but the title-decider is between a pair of Swedish and Spanish speeders: Tom Kristensson and Jan Solans. Past winners of the coveted JWRC crown include Ogier, Breen and Evans.

Whether contesting for outright WRC, WRC2 class honours or the JWRC title, all face four days of unmissable action providing spectators with a feast of thrills and spills.

After the Ceremonial Start on Liverpool’s historic waterfront, Thursday evening’s curtain-raiser has moved to a new home at the popular Oulton Park circuit near Chester.

The competition then switches to the forests of Snowdonia and north Wales on Friday and then into mid Wales on ‘Super Saturday’ before contesting a family-friendly sprint up and down Colwyn Bay’s seafront under the lights on Saturday Evening.

Sunday concludes with a blast around the Great Orme plus four more speed tests high up on the moors around the Lynn Brenig Resevoir. When the gravel settles, the winners will be crowned back in Llandudno where Wales Rally GB is now based. The Service Park is located in the town centre and rally headquarters in the resort’s Venue Cymru.

Entries for the accompanying WRGB National Rally, which shadows the main event, close today (Wednesday 11 September). A few additional places have been made available for those wishing to join the 50+ amateur crews already registered to compete alongside the best drivers in the world.

Even before the world class entry was confirmed, tickets sales have been running at record levels with a number of hospitality and grandstand options already totally sold-out.

While entry to the Ceremonial Start in Liverpool and Service Park in Llandudno is totally free of charge, a wide selection of tickets for the 22 competitive special stages are still on sale with prices starting at just £15 for the Saturday evening speed test in Colwyn Bay.