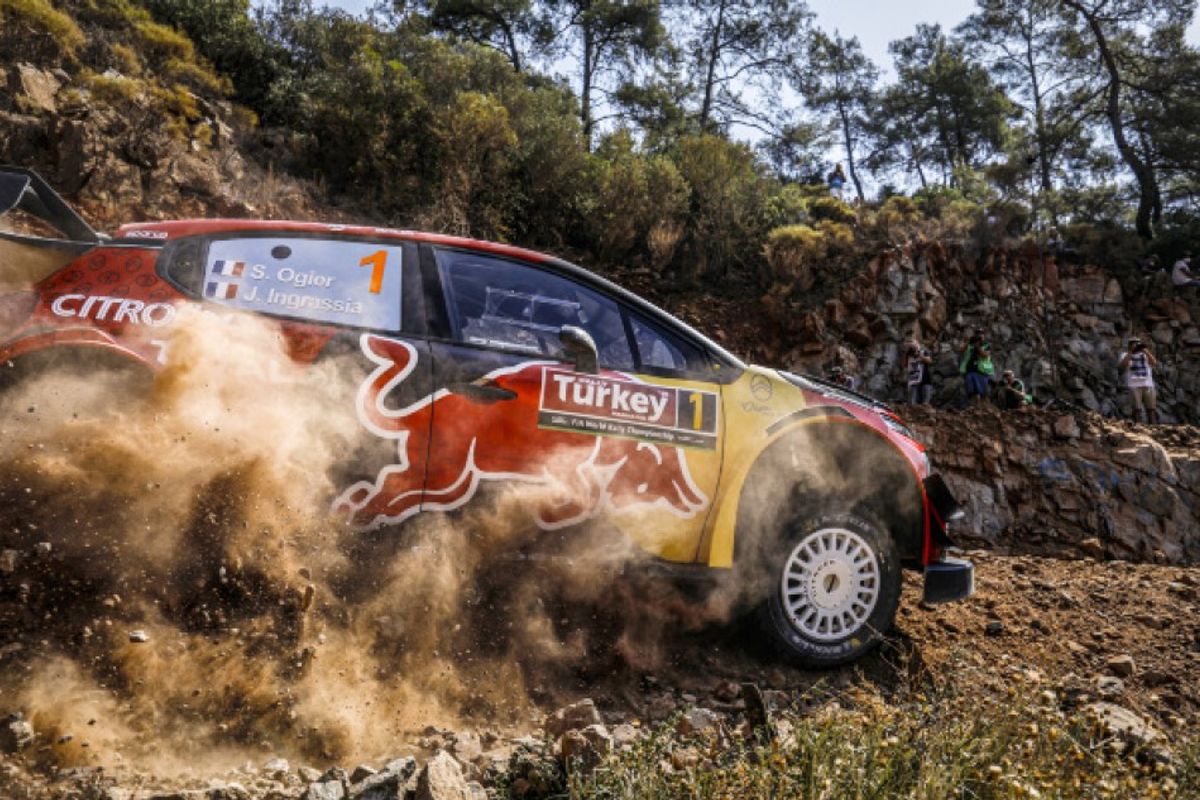 Ogier and Lappi each won two of the six rocky speed tests near Marmaris in temperatures nearing 35°C. The Frenchman reversed the opening leg order by relegating his Citroën C3 colleague in the penultimate special stage when Lappi stalled his engine in a hairpin.

It was a miserable day for FIA World Rally Championship leader Tänak, who retired on the liaison section to the second stage when his Toyota Yaris’ engine control unit failed.

The day proved little better for Neuville, second in the championship standings and third overnight. He went off the road in a dusty section of the opening stage and more than four minutes ticked by before his Hyundai i20 was moving again. He ended eighth.

Ogier, trailing Lappi by almost 18sec, gambled this morning on a mixed package of two hard and two medium compound Michelin tyres. His bet paid dividends as he stormed through the opening 33.00km test 16.7sec quicker than Lappi.

The Frenchman managed his tyres superbly through the remaining two morning stages, before repeating his charge when the long test was driven again this afternoon, when tyre wear was extreme. He was in the perfect position to capitalise when Lappi made a slight error.

"It was always a bit of a risk to be aggressive with the tyre choice, but I was confident it would work. It's been a challenging afternoon because the roads were very abrasive and I finished the loop with slick tyres on the car. Our rivals had trouble, now we need to finish the job tomorrow," said Ogier.

Andreas Mikkelsen relegated Teemu Suninen to fourth, but Suninen fought hard and brought his battle-scarred Ford Fiesta to the end of the leg only 9.8sec adrift of the Norwegian’s i20.

Dani Sordo was a lonely fifth in his i20, almost a minute adrift of Suninen and nearly 50sec clear of Jari-Matti Latvala’s Yaris.

Latvala moved ahead of team-mate Kris Meeke when the Briton spun this morning. Meeke moved back ahead in the penultimate stage, only to slide off the road in the final test on badly worn tyres and end 15.1sec behind the Finn.