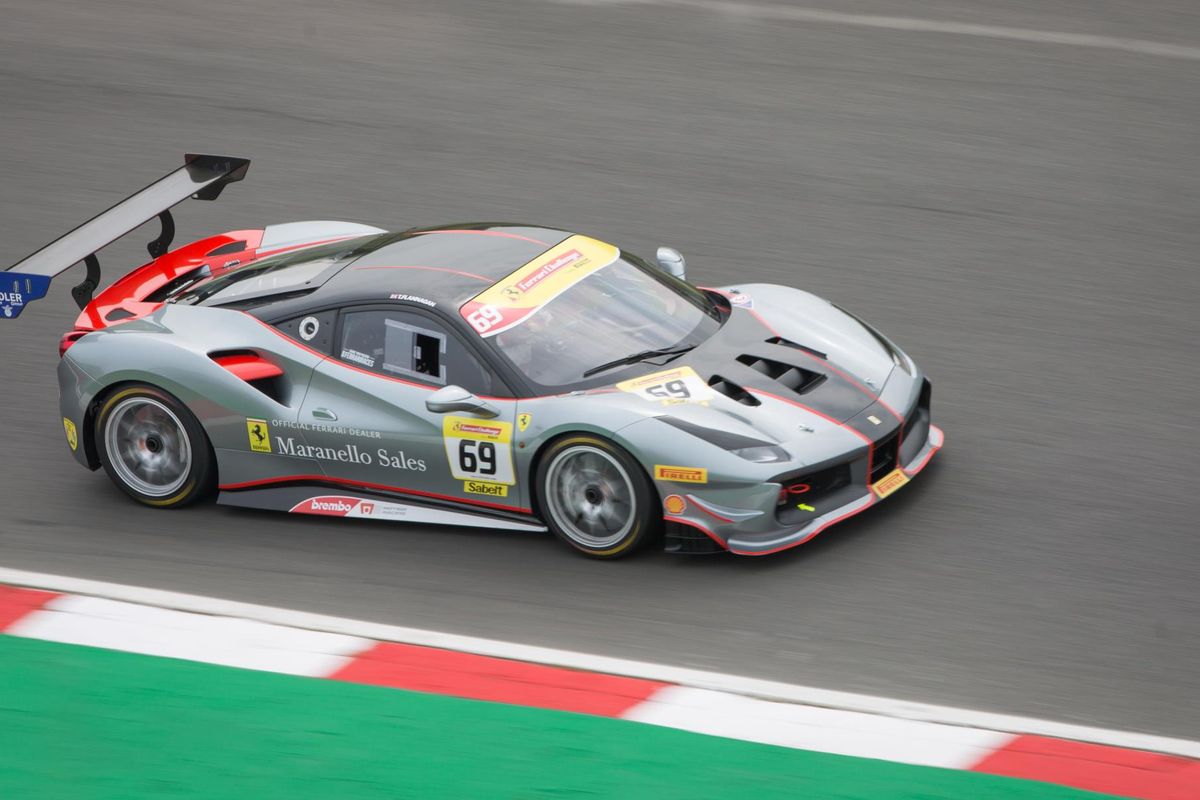 Ferrari Challenge UK season will come to a dramatic conclusion on the Silverstone Grand Prix circuit this weekend, as both the Trofeo Pirelli and Coppa Shell titles remain up for grabs.

Jason Baker still leads the way in the Trofeo Pirelli class, but following his maiden win at Croft, Jamie Clarke will be full of confidence going in to the final two races as he hopes to steal the title away from Baker. The Coppa Shell class has provided action-packed, unpredictable racing throughout the season, with 5 different winners from 5 races showcasing the competitiveness of the class. Toby Flannagan, Gary Redman and Richard Guy remain separated by only 5 points, with a number of other drivers still in the hunt. With two races to go, it really is all to play for. The drivers will be pushing their 488 Challenge cars to the limit as the curtains close on a debut season that has provided dramatic and competitive racing.

The 488 Challenge is the first turbo-charged model to race in the Ferrari Challenge series, and it is also the most powerful Ferrari Challenge car ever. The car is powered by a 670hp 3.9-litre V8 derived from the series production engine that has won several International Engine of the Year Awards. Thanks to extensive development of the car’s engine, aerodynamics and chassis, the 488 Challenge has achieved new levels of performance and driver involvement.

Cars from the current model range will be on public display across the weekend, and will also be present on track with client activities throughout Saturday and Sunday. Three races from the Pirelli Ferrari formula classic, which is run by the Ferrari Owners’ Club GB, will also take to the track, following on from their exciting racing at Brands Hatch, Snetterton and Croft.

The Ferrari Challenge UK series is open to any UK clients who own a Ferrari 488 Challenge race car.