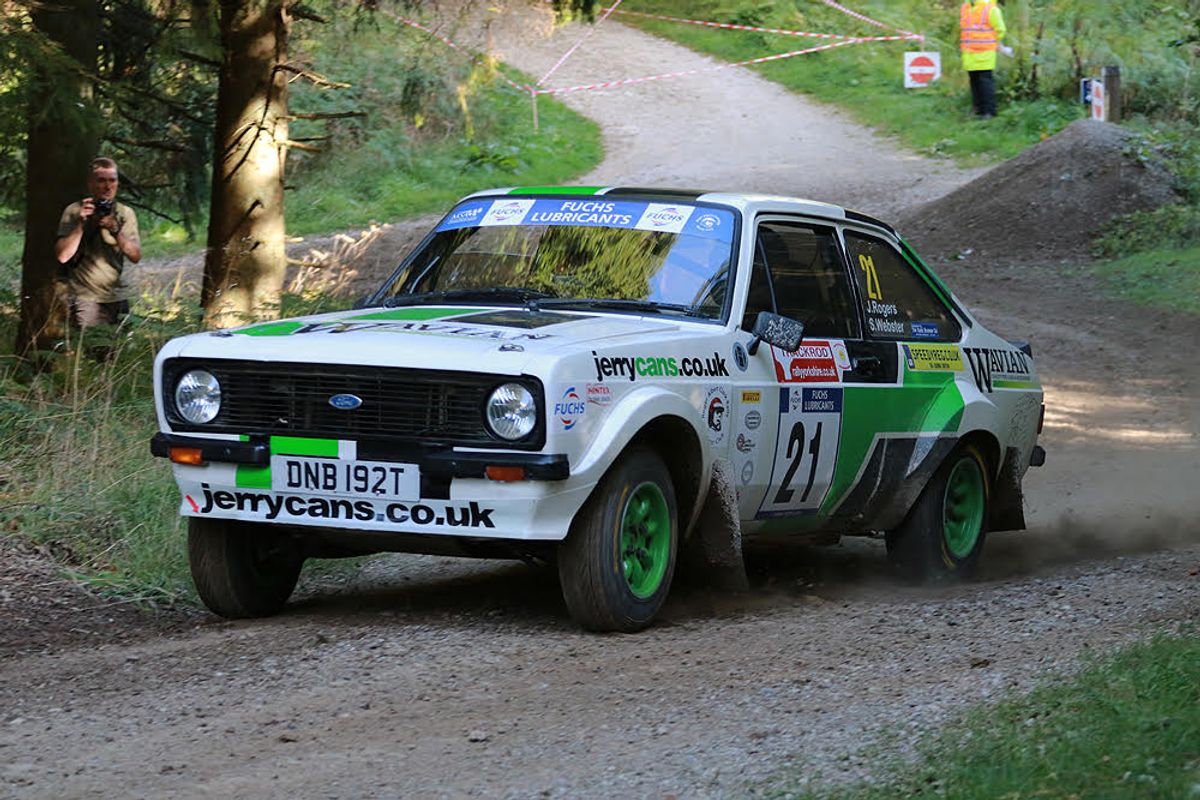 The seafront at Filey will be a tense place on Saturday afternoon (28 September). That’s the setting for the final reckoning for this year’s FUCHS LUBRICANTS Motorsport UK British Historic Rally Championship.

Seldom, if ever, have five crews gone into the final round chasing the title and last year the late cancellation of Rally Isle of Man prompted a rather flat conclusion as Paul Barrett was confirmed a worthy champion before the Trackrod.

This year is very different and the excellent Trackrod Rally will be the perfect backdrop for a thrilling conclusion. Whoever wins, a new name will join former multiple champions like Steven Smith, David Stokes and Jason Pritchard on the roll of honour.

Following the penultimate round on last month’s Ulster Rally, Simon Webster and Jez Rogers bring their Ford Escort Mk2 to one of their favourite events chasing a first BHRC title. Without any fuss or drama, Webster has quietly and constantly upped his pace to the point where a breakthrough win on the Red Kite made him reconsider his plans and two asphalt events were quickly added to his summer schedule to turn the year into a title bid.

The major threat to Webster and Rogers are Northern Irishmen Stanley Orr and Graham Henderson (Ford Escort Mk1), who matched consistent gravel pace with mighty speed in Ulster to bring just a two-point deficit to Yorkshire. However, the dropped scores scenario makes it advantage Webster as he has a nine to drop while Orr will shed a 16 if he scores better this weekend. Both crews will bag seven start points in the championship’s scoring system that rewards regular contenders.

The three other crews are the longer shots. Adrian Hetherington, Rudi Lancaster and Joe Price all have a mathematical chance of taking the crown but Lancaster will drop out once Webster drives off the start ramp. In fact, Lancaster and Guy Weaver face a big effort even to get to Yorkshire as they rolled out of the Woodpecker Rally a month ago. A place in the top 14 BHRC crews for Webster would then knock Hetherington and Price out the running.

If Webster can beat Orr in Yorkshire, then it is job done for the East Anglian. If Orr wins, Webster needs to be second but the Yorkshire event features return appearances by Matthew Robinson and Nick Elliott and they could well bag the big points to make it even harder for Orr. Of course, with a stage in the dark of Dalby on Friday evening and 45 flat out miles on Saturday, anything could happen.

However, the overall title showdown is only part of the BHRC action this weekend, with class and category battles to be resolved across the entry. As well as being the final BHRC round, the Trackrod is also the final round of BHRC2 supported by Sherwood Engines, which puts the emphasis on the Category 1 (pre-1968) and up to 1600cc cars in the championship, and the final round of the BHRC Forest Challenge, supported by Rally and Competition Equipment.

In BHRC2, the amazing Bob Bean and co-driver Malcolm Smithson are almost there in Bean’s Lotus Cortina but still need to score a few points to see off the challenge of York husband and wife Stuart and Linda Cariss (Escort Mk1). For both crews, this is very much their home rally.

Meanwhile, the Cariss team will also be underlining their victory in class C2 and brothers Malcolm and Ronald Mounsey (Talbot Sunbeam) will set the seal on D2 victory. In class D3, David Lloyd-Roberts and Josh Browne are currently split by just one point in a battle of the Pinto-powered Escort Mk2s.