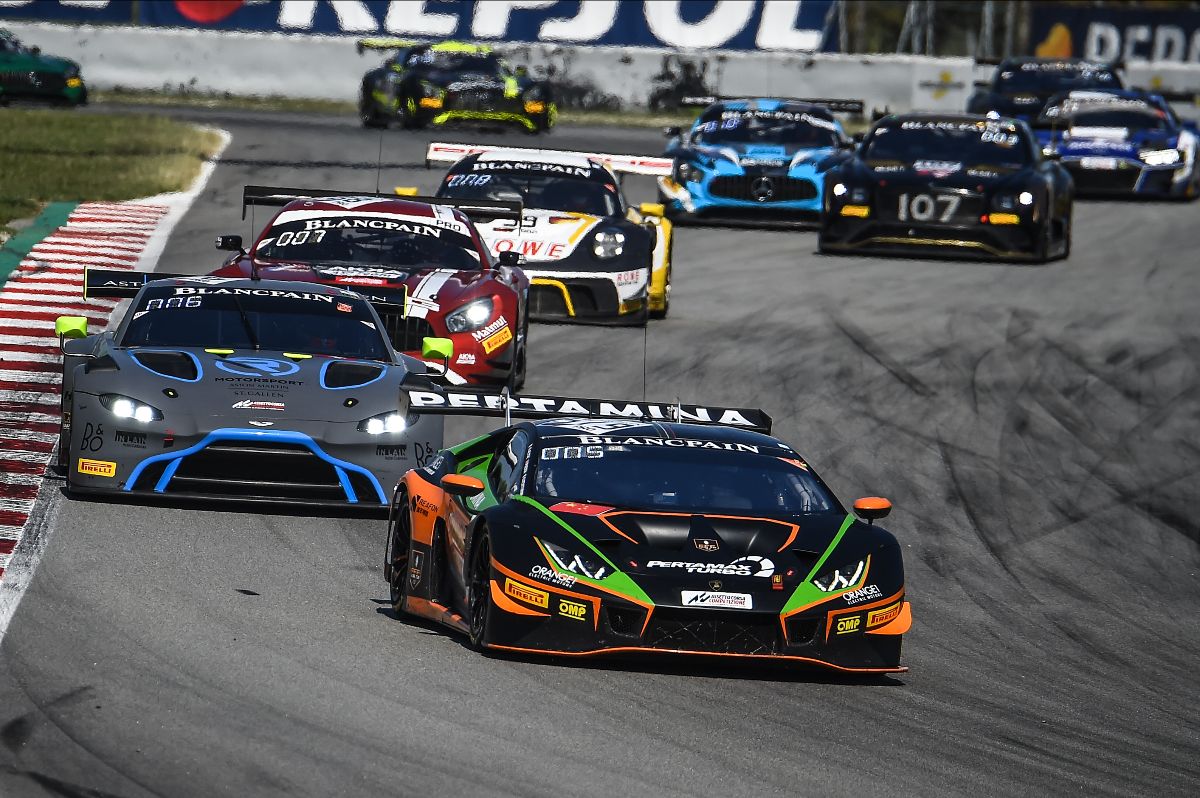 ORANGE1 FFF Racing Team by ACM wrapped-up a stunning and sensational  Blancpain GT Series season at the closing round in Barcelona, which counted as the final act for the Endurance Cup. The Chinese squad, running the Lamborghini Huracans EVO GT3 #519, #555 and #563 took all the Championships at stake, being officially the first team ever to score a perfect Triple Crown in the history of the series. Following the success in the World Challenge Europe, with a poker of titles conquered in Hungary, the Spanish round crowned ORANGE1 FFF Racing by ACM champion in both Drivers and Teams standings in the Blancpain GT Series and the Endurance Cup. Not only the titles were an highlight at Barcelona, as the squad owned by Fu Songyang and coordinated by Andrea Caldarelli scored also its first success in an Endurance Cup race.

Andrea Caldarelli and Marco Mapelli took the race, with the support of Albert Costa, who replaced last-minute Dennis Lind, who fell ill on Thursday, and won the Endurance Cup and the overall Blancpain GT Series titles. Fourth at the chequered flag was the #519 driven by Giacomo Altoè, Phil Keen and Giovanni Venturini, who was also in fight for the podium in the central stint of the race. A big potential was shown by #555 in Silver Cup in a reviewed line-up for the race, with Andrea Amici alongside Michele Beretta and Taylor Proto. It came 21st under the chequered flag, despite a contact and a puncture in the first lap forced the car to recover from the back of the grid, with several safety-car periods stopping the chance to be in the overall top-10.

Fu Songyang, ORANGE1 FFF Racing Team by ACM, Team Owner
“I don’t have much to say, because I think I’ve already expressed how proud and happy I’m of the team throughout the season. This final race was tough  for the guys at the track, but also brought a great reward. They fought hard the whole season and are now able to duly celebrate the achievements reached. Our team won all, thanks to all our partners, sponsors, drivers and all the people who have been involved in this experience in a way or another. Let’s keep this momentum for the winter, and onto the next adventures”.