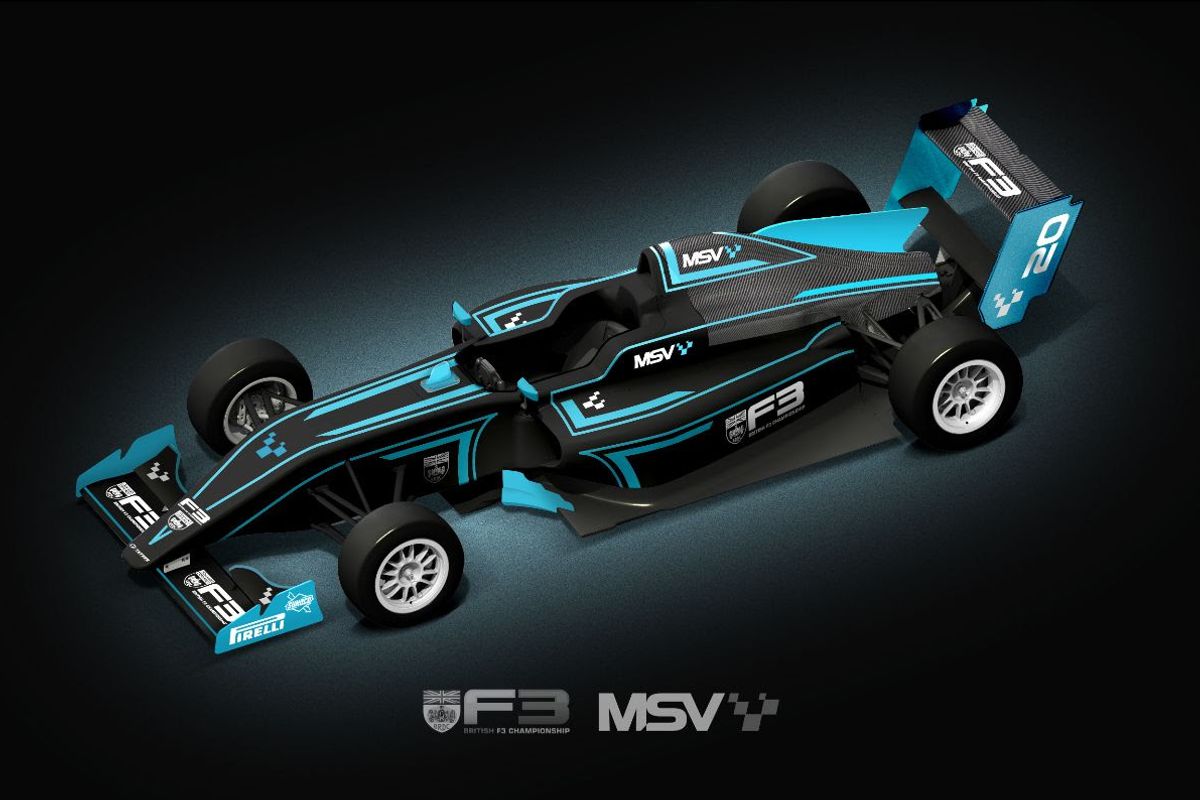 The BRDC British F3 Championship will introduce bodywork upgrades and safety improvements to its cars for 2020.

While the main ‘tub’ will remain the same, series organiser MotorSport Vision (MSV) has worked with chassis supplier Tatuus to provide a number of updates, with the main changes including an Indycar-style fin in front of the driver, modifications to the front and rear wings, and a new engine cover.

Starting at the front, the front wing endplates will be an updated design, which combined with changes to the wing installation will allow for greater set-up variation at an increased downforce level.

Around the cockpit area, a fin will be placed in front of the driver. This device has been load tested and will act as a secondary roll structure as well as deflecting debris away from the cockpit area, with each chassis to be modified by MSV in association with Tatuus to accommodate the device.

Bargeboards will also be added to the cars in front of the side pods, while behind the driver, a new engine cover will be fitted. This will be much slimmer to reduce drag and improve airflow to the rear wing, and will incorporate a contemporary fin along the spine. These changes will improve the efficiency of the rear wing, which will also see changes.

The new rear wing assembly will include new profiles for both the carbon fibre main plane and flap with in-mode angled back endplates, with the assembly allowing for an overall higher rear downforce setup.

Each car will also receive an electrical upgrade over the winter in order to ensure the championship’s outstandingly high reliability level is maintained.

MSV anticipates that the upgrades will be available from early January 2020, allowing teams to conduct a full pre-season testing programme.

Jonathan Palmer, Chief Executive of MSV, commented: “The existing Tatuus chassis has proven itself as a very dependable car with superb performance and our teams are extremely happy to continue using it.

“Working in coordination with the teams, we have agreed on this upgrade package that ensures the car will remain at the forefront of European junior single seater racing, while potentially unlocking a little more performance. Given the current health and level of competitiveness of the BRDC British F3 Championship, we expect the updates to make the car and series even more appealing for young drivers on the path F1.”