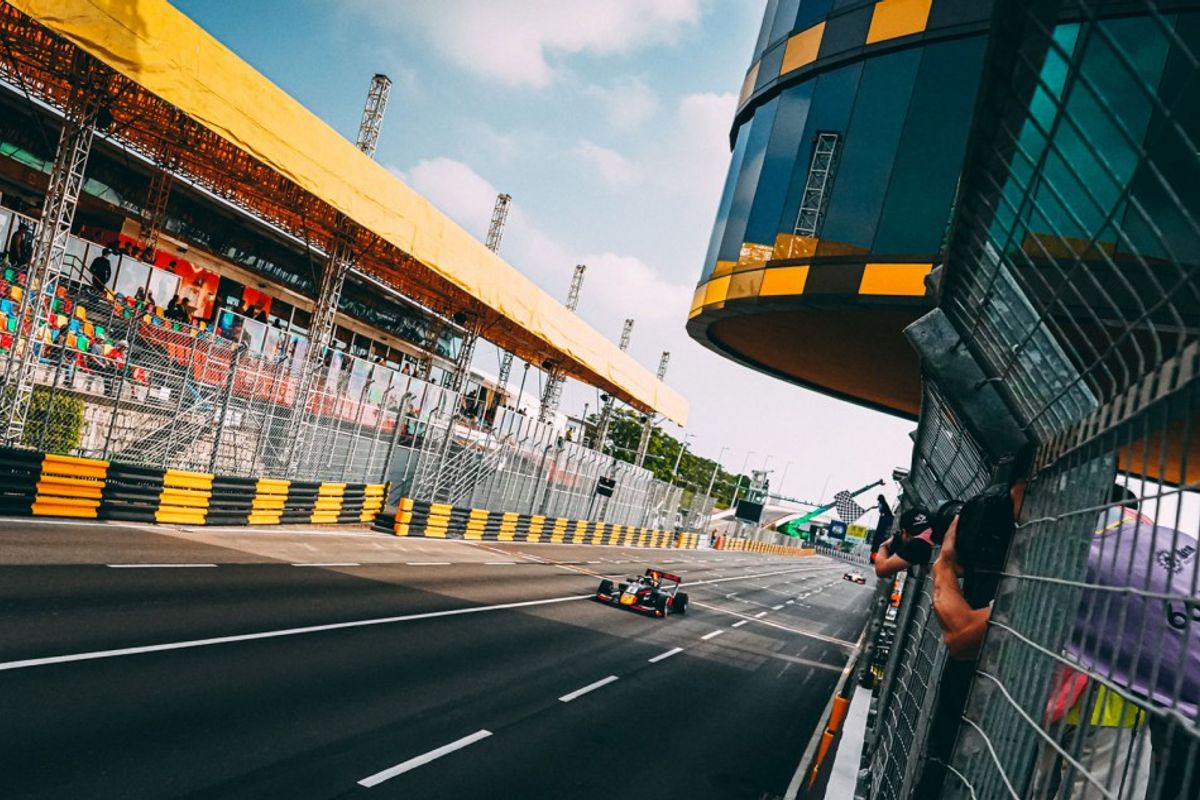 The Hitech Grand Prix driver sped away from pole position and never looked back, despite coming under race-long pressure from SJM Prema Theodore Racing rival Robert Shwartzman, as the duo went on to secure a relatively comfortable one-two finish.

Third place went to the impressive Christian Lundgaard, who admitted yesterday that his fourth place qualifying position was ‘unexpected’, but the Dane went one better during Saturday’s race.

ART Grand Prix driver Lundgaard got the jump by third placed Callum Ilott off the line and was seemingly bringing Jenzer Motorsport’s Arjun Maini along with him, before his striking blue machine was tipped into a spin at Lisboa on the first lap.

A number of cars were caught up in the typical Macau incident and a brief Safety Car period was called for to remove Maini’s stricken machine.

When the dust eventually settled, Lundgaard surged on to complete the podium positions, whilst MP Motorsport’s Richard Verschoor also got the better of Ilott to take fourth.

Logan Sargeant took sixth for Carlin Buzz Racing, despite being part of the lap one incident, whilst Alessio Lorandi (Trident Motorsport) and Ferdinand Habsburg (ART Grand Prix) completed the next two positions.

Juri Vips said: “I didn’t want to take full risk at the beginning and I guess that is the same for everyone. The track changes overnight so it’s never really perfect or the same as the previous day, but I made no mistakes and it was a good race. To be honest, I expected pole position to not be such a good thing but today I really got a mega start and I don’t think Robert got the best one. I think that’s the reason I led into the third corner. I think if people around me get good starts tomorrow it will be harder, but I will of course try my best.”

Robert Shwartzman said: “It wasn’t the best start. It was okay, but for sure it wasn’t as good as Juri’s start and I lost a bit of pace. Also, Christian was right behind me coming to Lisboa and it was really close on the outside. We were taking it safe as there is no point of risking the first lap and with the DRS there is still time to get close. Then after the restart Juri made a good getaway. Juri was good at the beginning and he built up the gap, but then towards the end I was able to catch him a bit. Pace wise we are really close so tomorrow is going to be interesting.”

Christian Lundgaard said: “The race itself was pretty safe for me in comparison to the pace we have had in both practice sessions and the first qualifying. To come away with P3 today was certainly something we never saw coming so for me I can only be happy. It is my first time coming here I can’t really describe it. You need to be sure and confident that you can do it. After today I am quite confident that we can win if everything is in place.”