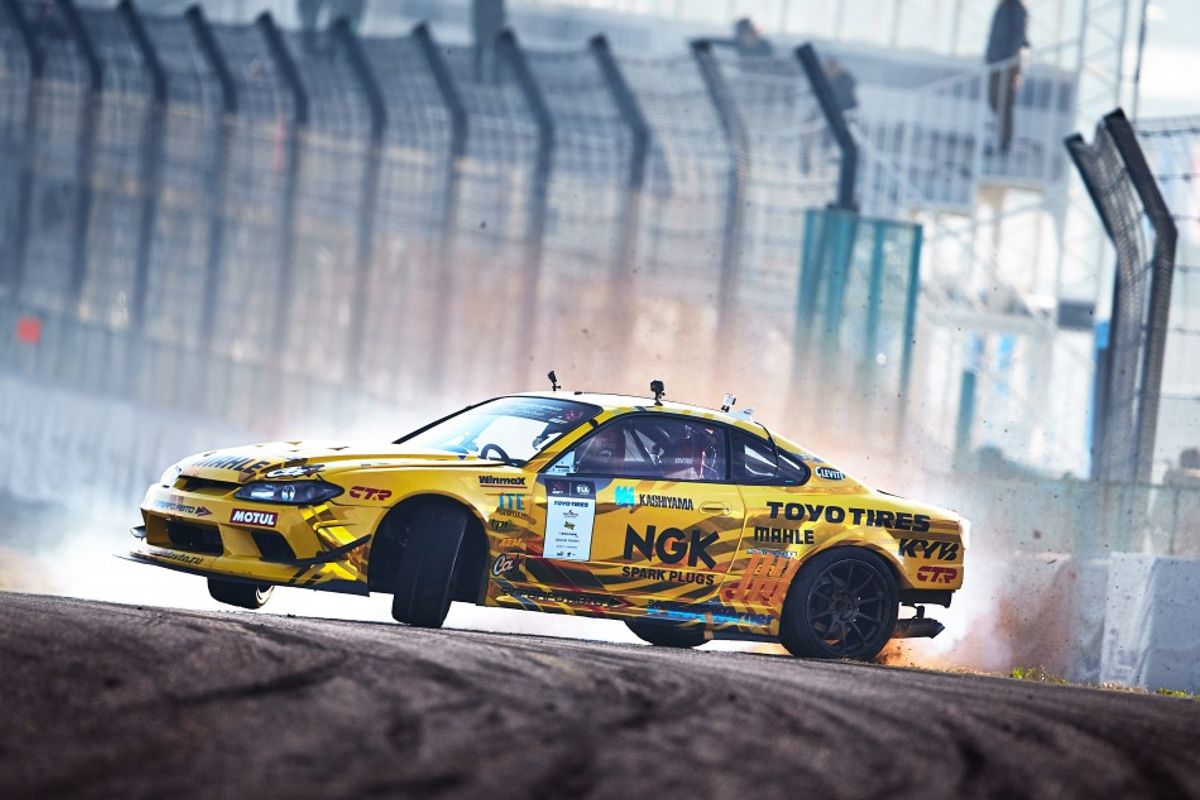 Following practice runs, the action at the 2019 FIA Intercontinental Drifting Cup properly got underway with the qualifying session held on Saturday that determined the top 16 runners who were granted a place in the final. The top 15 were drivers with the highest score in one of their solo qualifying runs, while the 16th and final spot was reserved for the consolation round winner. Run in tandem, the consolation is effectively the last chance qualifier.

The 2019 edition marked the first venue change in the history of the event. After two years at a non-permanent facility in the Odaiba district of Tokyo, the first FIA-sanctioned drifting competition moved to the purpose-built Tsukuba Circuit located approximately one hour north from the capital city of Japan. Built in 1970, the circuit has earned somewhat of a cult following, having appeared in numerous video games.

It was the former World Touring Car regular, Charles Ng, who came out on top in qualifying, having scored 93 points out of a possible 100 during his high-energy second run. Second was Yukio Matsui, who drove his Mazda RX-7 very aggressively during his second run to score a total of 90 points. Last year’s winner, Georgy “Gotcha” Chichyan rounded out the top three, having accumulated 89 points in his second run aboard his striking yellow Nissan Silvia S15.

Chivchyan started this march towards the trophy by defeating China’s Chen Wen Qian. He then went up against Tengku Djan Ley in the quarterfinals. The Russian advanced to the next stage of the tournament following a bye run when the Malaysian’s mechanics didn’t manage to fix his car within five minutes set in the regulations.

In the semifinals, Chivchyan found himself going up against Yukio Matsui, who beat him in qualifying the previous day. The battle between the reigning champion and the local driver was the closest clash of the entire tournament, with nothing to choose between the two. The initial runs resulted with a draw but following a rematch, it was “Gotcha” who advanced to the grand final.

In the other pair, it was four-time winner of the ultra-competitive Formula Drift Japan series, Andrew Gray, who battled for a place in the final with another local ace – Hideyuki Fujino. This also proved to be a very close contest, with Gray beating the D1 Grand Prix title-winner by the narrowest of margins.

Come the final, and the bad luck struck Fujino, who was forced to retire with a technical failure of his Nissan 180SX. This handed ‘Gotcha’ the victory, making him the first double winner in the history of the FIA IDC.

Georgy Chivchyan, FIA Intercontinental Drifting Cup winner, said: “In my final run my clutch was overheating, I could already feel that in the top four round. In the final it was very hot, and I could feel it was very soft. I think this was the problem because there was not much break between the top eight, top four and the final. There was no time to change the tyres, the car was constantly overloaded and there was not enough time for it to cool down. I was lucky, if it wasn’t for [Hideyuki] Fujino’s car breaking down, maybe I wouldn’t have been able to continue myself? I’m happy but not 100%. I had a good run with Yukio Matsui. It was a very good battle and I enjoyed so much. I’m a big fan of D1 GP and Matsui’s style very well – he has a stable style and speed and is easy to follow.”

Hideyuki Fujino, FIA Intercontinental Drifting Cup second place, said: “I had a really great experience today. I used my five minutes during the battle with Charles Ng and when I was able to get over it, I felt lucky that I was going to be able to battle all the way up and in the end my differential broke down again. I never battled with ‘Gotcha’ before, so I really wanted to do it today. That’s one of the upsetting points of today’s event. I hope to have my chance one day. That’s how I feel right now.”

Andrew Gray, FIA Intercontinental Drifting Cup third place, said: “I didn’t have massively high expectations, but I wanted to do very well. After coming here, if have to first get to grips with a very fast, technical track. Then, you have to get to grips with all the other drivers, who you don’t really know, so there’re always things going on. I wanted do better than I did. Going against Fujino San I engaged fourth gear, and nothing happened. I didn’t know that we lost the turbo gasket and the car totally died. I had to give it a lot of clutch and it eventually took away and after that I was down on power a little bit. I need every bit of power against these guys, they’re so fast. my team did a great job patching it back up and I was able to go out again for the fourth/third place battle. I was determined not to lose again and I don’t think I came off the throttle at all, not letting the boost to drop. It was a pretty exciting battle.”