Missed opportunity for KCMG as 24H Dubai is suspended 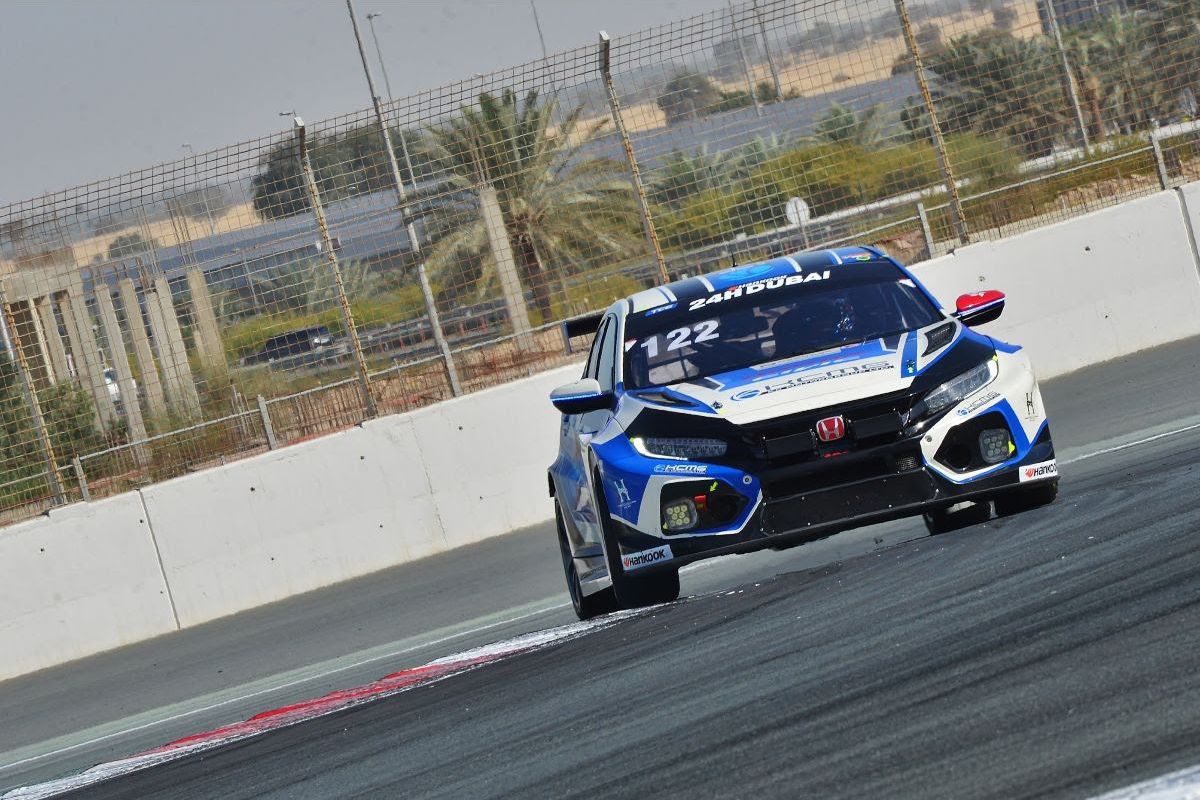 KC Motorgroup Ltd. (KCMG) displayed race-winning potential in the first half of the 2020 Dubai 24 Hours, but its march to the front of the field was halted by a red flag for torrential rain. The persistent conditions meant the race was not resumed.

Ip took the start for the team’s first race of the decade, bringing the car up to third before a suspected water hose issue brought it back into the pits. Ma took to the wheel of the #122 Honda after a precautionary change, with he and Lee showing brilliant speed despite the loss in time.

Yan set the fastest lap of the race in class with a 2:11.523 during his stint, making him two seconds quicker than the leaders.

Rain began to fall as Ka To took over and when Yan re-took the wheel, he emerged in 10th before the red flag was shown for the treacherous conditions after seven hours of running.

With parts of the circuit flooded, it was decided the race would not be resumed and the result was declared.

Kenneth Ma: “It’s a shame the race had to be suspended as we were coming back through the field and setting the benchmark in terms of lap time. It was unlucky for us but that’s how it goes sometimes. Nonetheless, I’m very grateful to KCMG for giving me the opportunity to race in the Dubai 24 Hours again.”

Henry Lee Jr: “This was my third race with KCMG and it has been a fantastic experience, despite the weather. The car was brilliant to drive and we showed great speed. I hope we can do it again next year.”

Andy Yan: “I would like to thank the team for their incredible preparation for this race. We were competitive and absolutely had the capability of taking the win, which hopefully we can aim for again if we come back in 2021.”

Jim Ka To: “Thanks to KCMG for this weekend. The race being cancelled was unlucky for us because we obviously would have liked to continue with the speed we were showing to climb up the order as we were in victory contention today.”

Paul Ip, Team Founder: “It’s been a remarkable effort by everyone in the team for the Dubai 24 Hours. Of course it’s a shame we didn’t get a chance to fully show our potential because of the red flag, but we can once again be satisfied with our performance as the win was definitely on the cards for us.”