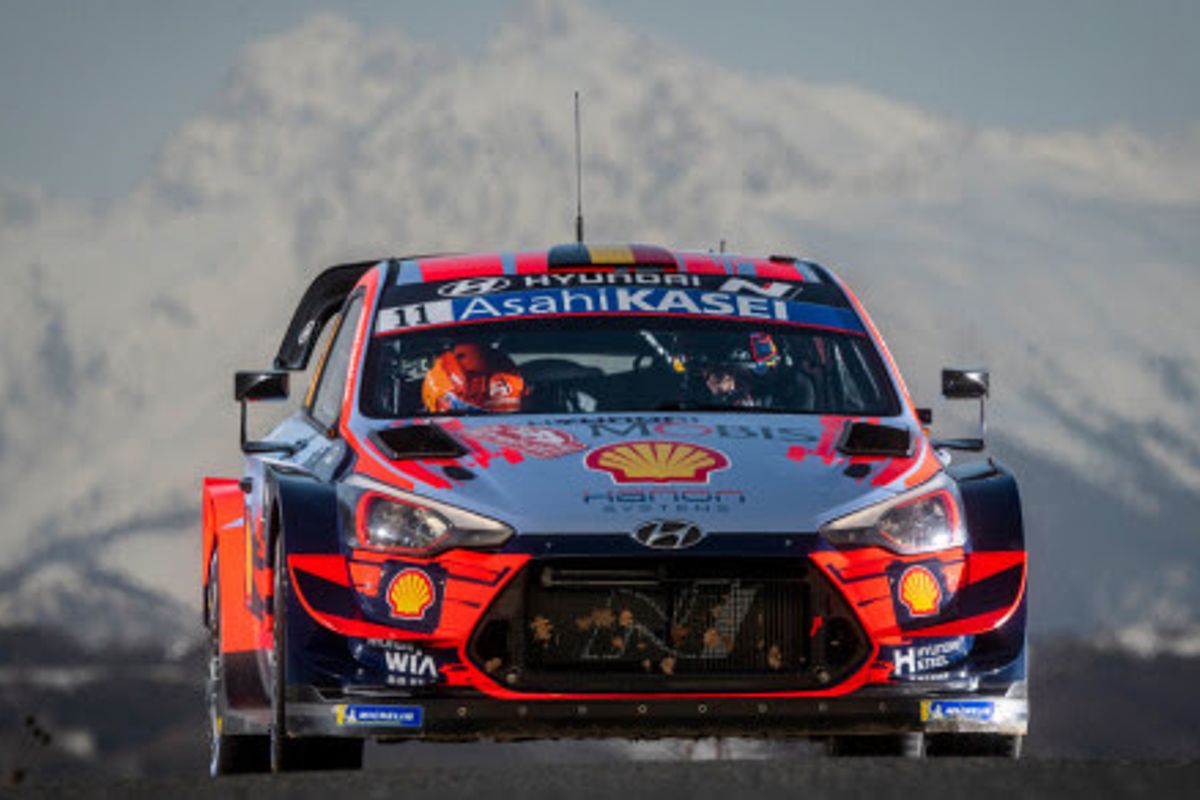 Belgian rockets into the lead ahead of Ogier and Tänak at season opener.

A sensational time through Thursday night’s second speed test rocketed Thierry Neuville into the lead of Rallye Monte-Carlo after the opening loop of stages in the French Alps.

The Hyundai i20 driver headed Sébastien Ogier’s Toyota Yaris by 19.1sec when the cars returned to service in Gap after the brace of night time alpine tests.

Seven-time Monte winner Ogier led after the opener, but not even the Frenchman could contain his rival’s speed through the 25.49km Bayons - Bréziers stage which followed.

Since the recce, all eyes had been on that second stage, with reports of plenty of ice remaining from last weekend’s snowfall. Universally, the drivers talked of the risk and reward of a big attack and it was the Belgian who was bravest.

He was rewarded with an astonishing time that was 25.5sec faster than anybody else. Neuville was calm and collected at the finish, saying: “They were tricky conditions. I was trying to read the road as well as I could and not take risks. I think we have done a good time.”

Like Ogier and his world champion team-mate Ott Tänak, Neuville opted for a mixture of soft and super soft Michelin tyres, shunning the studded option. Leading after the opening stage, a test Ogier described as ‘one of the easiest of the weekend’ courtesy of bone dry conditions, was the perfect start to his season as a Toyota driver.

Tänak was wide-eyed at the end of SS2, admitting: “I’m happy to be alive! That was more of a challenge than I expected.”

The Estonian is just three-tenths of a second ahead of Toyota Yaris newcomer Elfyn Evans. The Welshman was the fastest of the drivers to take a studded option in the second stage.

“The tyres helped us in some places,” he said, “but they hampered us a lot as well.”

Evans’ mood was lifted by news that he was 25.6sec ahead of the Rallye Monte-Carlo’s joint most successful driver, seven-time winner Sébastien Loeb in an i20. Loeb admitted the road was getting dirty in stage one, with plenty of leaves making the line more slippery.

Those leaves caused major issues for M-Sport Ford’s Fiestas. The discarded foliage gathered in the radiators and air intakes, choking the engine of air and sending temperatures soaring on all three works cars of Esapekka Lappi, Teemu Suninen and Gus Greensmith.

Worse was to come when Suninen retired with a transmission problem in the next test.

Friday brings the most intense leg with more than a third of the event’s total competitive distance tackled in three repeated tests south-east and east of the town. They add up to 122.58km.