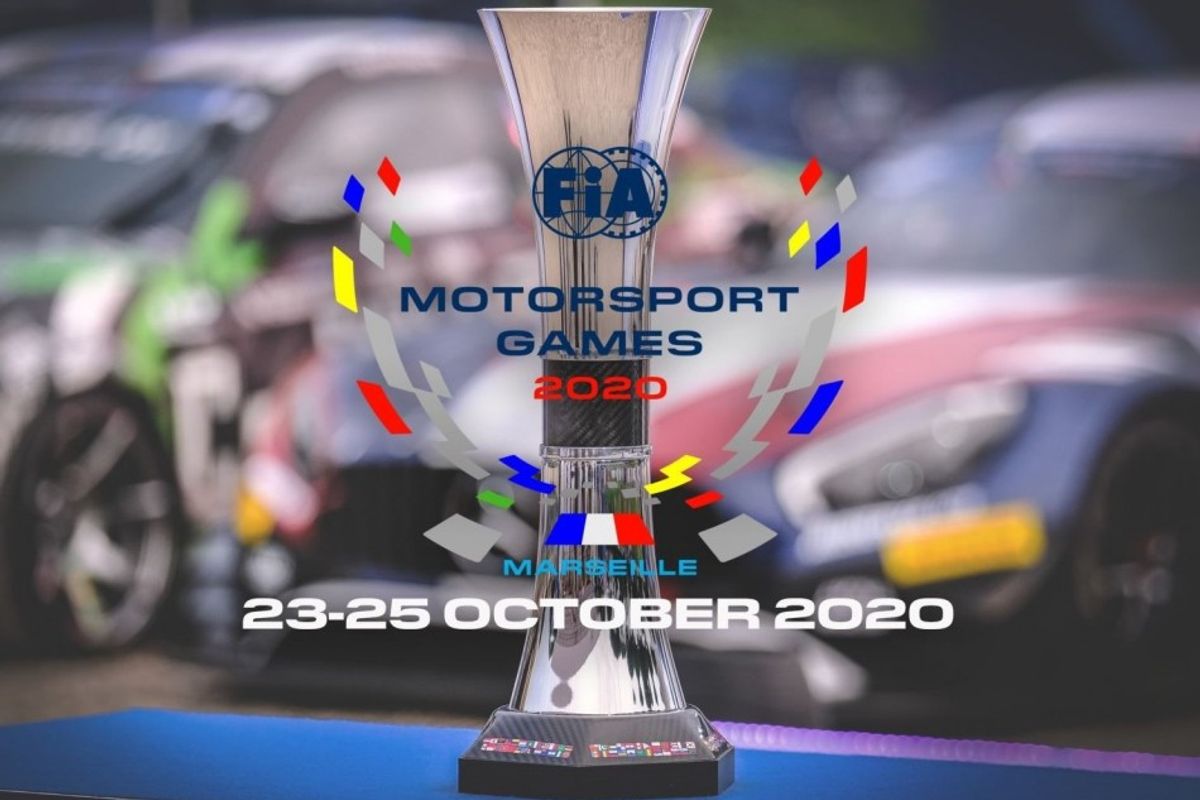 Official confirmation of the multi-disciplinary event's 2020 location follows a successful inaugural contest, which was hosted by Rome and staged at the nearby Vallelunga Circuit on 1-3 November 2019.

The torch has now been passed to France, with the bustling port city of Marseille and the FIA Grade 1 Circuit Paul Ricard hosting this year’s action. Following a successful collaboration for the inaugural event, the 2020 edition will again be organised by the FIA in conjunction with SRO Motorsports Group.

In a global first, the 2019 FIA Motorsport Games saw competitors in six racing disciplines travel to Rome to compete for gold in the colours of their national flag. A wealth of on-track action was preceded by a spectacular opening ceremony in the Italian capital, in which cars paraded by the Colosseum before all 192 drivers representing 49 countries and territories were presented to the world at the historic Circo Massimo.

Over the following three days participants tackled the GT Cup, Touring Car Cup, F4 Cup, Drifting Cup, Karting Slalom Cup and Digital Cup, ensuring a highly competitive atmosphere at Vallelunga. Team Russia topped the medal table, earning one gold and two bronze medals to be crowned 2019 FIA Motorsport Games champions. The second edition promises to attract an even greater number of competitors, with all six disciplines returning in 2020 and further categories set to be added ahead of this year's event at Circuit Paul Ricard.

The French venue offers an ideal location at which to stage such a globally significant event. The track was created in 1970 and has welcomed a vast array of prestigious international categories, including the FIA Formula 1 French Grand Prix since 2018, following a 28-year absence from the calendar. Multiple track configurations are possible, while considerable investment has been made to ensure the very highest standards in circuit safety. Celebrating its 50th birthday this year, the Circuit Paul Ricard demonstrated its future-forward approach by becoming the very first French motor racing circuit and second F1 track to achieve the FIA 3-star environmental accreditation.

Circuit Paul Ricard is situated within easy reach of Marseille by road. The French city is much admired for its setting on the scenic Mediterranean coast, with its thriving Old Port district and the Basilica Notre-Dame de la Garde among the area’s most famous landmarks. Marseille Provence Airport provides a global transport hub, while the Le Castellet International Airport located near to Circuit Paul Ricard ensures that the event, its competitors and spectators are well-served.

Further news regarding the 2020 FIA Motorsport Games, including the new categories that will join the programme this year, will be officially confirmed over the coming months.

Jean Todt, FIA President: “I’m delighted that following the success of the inaugural edition, the concept of the FIA Motorsport Games continues to grow as the event moves to the prestigious Circuit Paul Ricard. This is a clear indication that this unique approach to motor racing proved to be the right one and that the future is bright for the FIA Motorsport Games. I feel confident that the 2020 edition will continue to bring together both fans of motor sport as well as people with general appreciation of international sport. At the same time, I’m eager to see even more national federations capturing the patriotic spirit of the event and getting involved. By including grassroots level disciplines, they offer an accessible platform for future generations of competitors, something that is very important for us at the FIA. I am very much looking forward to the FIA Motorsport Games taking place in France.”

Nicolas Deschaux, French Federation of Automobile Sport President: “In 2020, France is proud to welcome the second running of the FIA Motorsport Games in Marseille, which will host the event in tandem with Circuit Paul Ricard, the current home of the French Formula 1 Grand Prix. Here in our country this unique and innovative concept will again highlight the diversity of motor sport with a wealth of disciplines featured, from Circuit Racing through Karting and Drifting to Digital Motor Sport. Under the auspices of the SRO Motorsport Group’s recognised know-how, the FIA Motorsport Games will bring together drivers and teams under the colours of their national flags. Certainly, the world of motor sport will rock to the rhythm of the French Riviera during the weekend!”

Stéphane Ratel, SRO Motorsports Group Founder & CEO: “The inaugural FIA Motorsport Games surpassed all expectations so I am delighted that we can now confirm the location and dates for this year’s edition. Marseille is a glorious city in a spectacular region of France and I know that it will provide an ideal stage for the second event. The same can be said of Circuit Paul Ricard, which is a truly world-class racing venue with superb facilities. Our focus now is on making the 2020 FIA Motorsport Games an even greater success than the inaugural edition. With our location set and new disciplines to be announced, I believe we are on course to achieve this.”

Stéphane Clair, Circuit Paul Ricard CEO: “We are extremely proud to host the next edition of the FIA Motorsport Games. This outstanding event definitely matches our strategy and our will to look towards the future on the eve of the track’s 50th birthday. I am confident that we will supply a convenient venue for the various disciplines and that all the invited nations will find a suitable environment to shine for their own country. We have already started working to give our very best for October.”