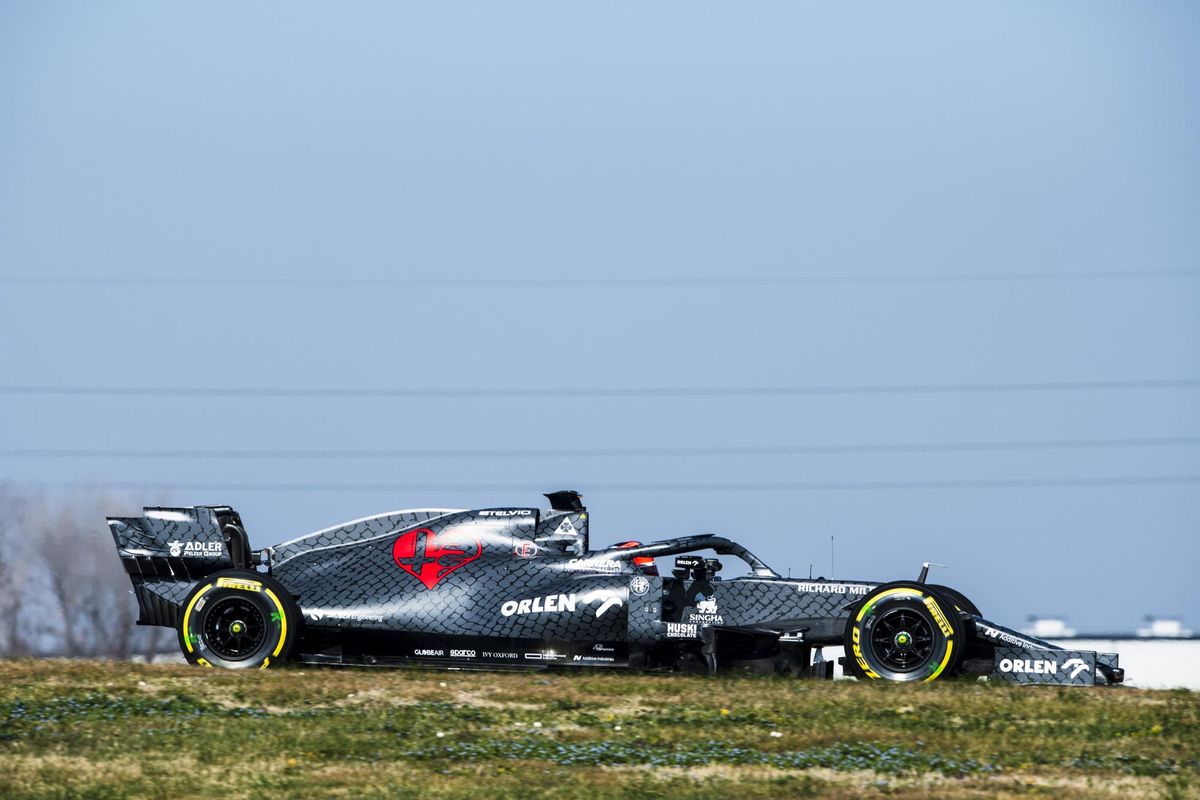 IN A LIVERY DESIGNED BY CENTRO STILE ALFA

Today, the Alfa Romeo Racing ORLEN team came to the test track in Fiorano to see the 2020 Formula 1 car in action for the first time.

The team’s 2020 contender, the new C39 driven by Kimi Räikkönen, sported a black and dark grey snakeskin livery as it completed its first successful outing during the shakedown at Fiorano. The C39 snaked around the Fiorano Circuit for 33 laps, with Kimi displaying increasing confidence with every lap completed, a positive first session of on-track work ahead of the 2020 season.

In designing this livery, the Centro Stile Alfa Romeo took its inspiration from one of the brand’s dominant icon, the heraldic ‘Biscione’. The snakeskin pattern camouflages the cars appearance, disguising it until the official launch on 19 February in Barcelona.

The car was also adorned with a heart shaped Alfa Romeo logo, a homage to Saint Valentine, while the top of the monocoque also displayed a tribute to the Sauber Group employees and their work creating the 2020 car.

On 19 February, the new official 2020 livery will be unveiled in Barcelona.