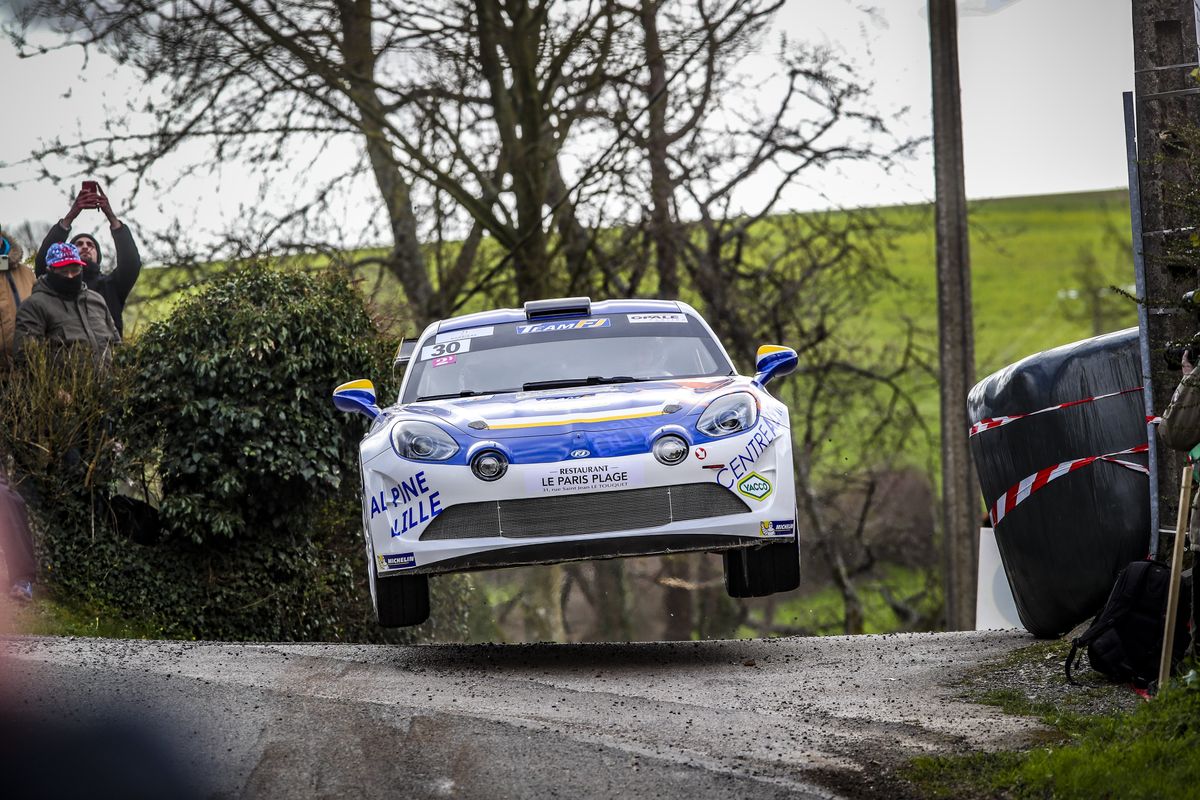 With two cars competing this past weekend in the Rallye Le Touquet Pas-de-Calais, the Alpine A110 Rally combined performance and reliability to enable François Delecour and Jean-Rodolphe Guigonnet to win the two-wheel drive category.

Just three days after being homologated by the FFSA, two Alpine A110 Rally cars, entrusted to François Delecour (Team FJ) and Cédric Robert (Team Bonneton-HDG Yacco), lined up for the start of the opening round of the FFSA French Tarmac Rally Championship.

The Alpine A110 Rally showed its potential very quickly. The 1993 World Rally Championship runner-up regularly finished ahead of several R5 four-wheel drive cars. The driver from the North of France racked up the fastest stage times among the two-wheel drive and Michelin Trophy competitors on the opening leg.

While Cédric Robert was less successful with a broken transmission suffered while landing a jump, the driver from Saint-Étienne was back up to speed when he re-started the following day. In extremely difficult and muddy conditions, the several-time single-make cup champion set seven best times versus two for Francois Delecour to seal the sweep for the Alpine A110 Rally.

Making the most of the rally to discover his new car, Cédric Robert also highlighted the Alpine A110 Rally’s margin of progression in moving into the overall top ten in the last five stages.

With a category win right from its first outing, the Alpine A110 Rally driven by François Delecour finished a strong 11th overall on adverse conditions due to the lack of grip. The latest Alpine A110 sporting iteration will now continue to make its mark on the FFSA French Tarmac Rally Championship and the various rallies for which it is eligible in France.

Philippe Sinault, Signatech Director: “Like with the GT4 version in 2018, the Alpine A110 Rally had to wait less than a week after its debut run to show the extent of its potential with a first victory. This result confirms that the car is well-conceived, reliable and fast, even in such tricky conditions for a two-wheel drive car as those in Le Touquet this weekend. It also rewards the long and successful development work carried out by Signatech Automobiles Technical Director Lionel Chevalier and his team by offering them a great deal of satisfaction. We would like to thank Team FJ and Team Bonneton for their confidence in being the first to enter the Alpine A110 Rally in competition. We now look forward to seeing what the future holds with more and more cars coming onto the rally scene and the launch of the Alpine Elf Rally Trophy as soon as the context is more favourable.”