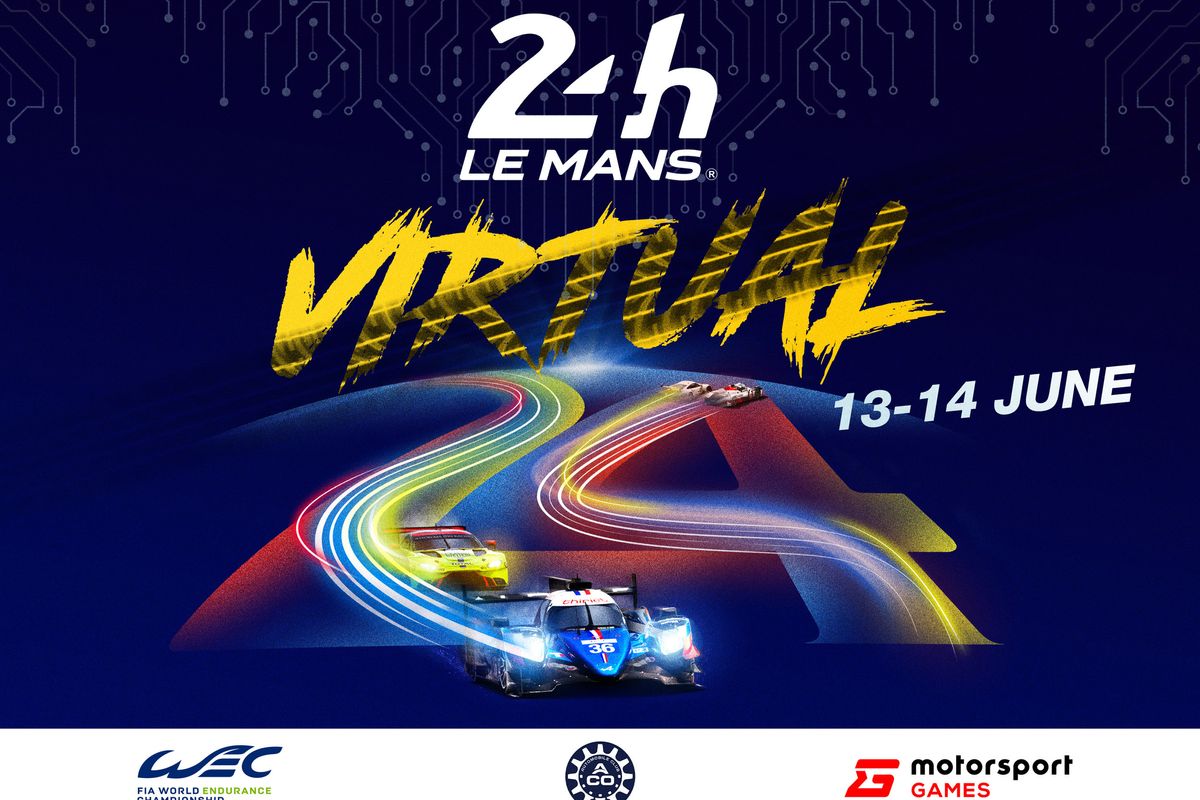 Motorsport is gradually returning after the forced hiatus inflicted by the Covid-19 pandemic and the Signatech Alpine Elf team is getting ready to return to competition in the Virtual Le Mans 24 Hours.

Organised by the ACO, the FIA World Endurance Championship and Motorsport Games, this one-of-a-kind event will feature 50 entries made up of four drivers - two professionals minimum and two simracers maximum - who will compete on the Circuit de la Sarthe via the rFactor 2 platform.

The event will offer all the challenges of the world’s most famous endurance race with dynamic lighting and weather conditions as well as authentic strategies between pit stops, tyre changes and driving times to be respected.

To give themselves the best chances to succeed, the Signatech Alpine Elf team’s driver line-up of Thomas Laurent, André Negrão and Pierre Ragues will be joined by simracer Nicolas Longuet behind the wheel of the mandatory prototype for the 30 crews entered in the LMP2 category.

The French, who will turn 18 just five days before the start, has quickly made a name for himself on the Esport scene in contributing to the title won by Red Bull Racing Esports in 2019 before he joined Renault Vitality for the 2020 F1 Esport Series season.

His team mates are looking to perform just as well. A specialist of the ellip6 simulators with which he trains regularly, Pierre Ragues has already distinguished himself on the previous generation of rFactor. At the same time, André Negrão and Thomas Laurent - who recently competed in the Alpine Racing Challenge on Gran Turismo - will be banking on their adaptability to exhibit all their talent.

The team led by Philippe Sinault is also a genuine Esport pioneer, having paved the way for Lucas Ordóñez to become the first gamer to take part in the Le Mans 24 Hours with the Nissan GT Academy in 2011. It will also be able to use its technical expertise when it comes to set-ups and strategy. Throughout the 24 hours of the race, the crew will have both an operations engineer and a data engineer from the three-time Le Mans winning team by their side.

This first race will also allow the squad to shake off the racing rust before resuming the defence of their world title at Spa (August 15), at Le Mans (September 19-20) and in Bahrain (November 21) and to aim for a fourth victory in five years at the twice around the clock classic.

The Virtual 24 Hours of Le Mans will be broadcast live on television channels as well as on the FIA WEC application and social media networks (YouTube, Facebook, Instagram and Twitch). A concert will be held during the night with the Princess Charlène of Monaco Foundation to collect donations for the research of a Covid-19 vaccine.

Quotes
Philippe Sinault, Team principal Signatech Alpine Elf
“We have explored different bridges between motorsport and Esport for more than 10 years and this Virtual 24 Hours of Le Mans is shaping up to be a truly exceptional event. As with any new project, we began pre-season preparations by reviewing our skills and analysing in detail the equipment required and the new challenges brought by this type of competition. Our quartet will benefit as well from the support of a team principal, an official operations engineer and a data engineer. They will take it turns to meet all the challenges of an event that will be just as physically and psychologically difficult as the real thing. From a competition perspective, we are approaching this race like all others with the ambition to do well since it has the potential to shape a part of the motorsport future while offering a dress rehearsal for the 24 Hours of Le Mans in September ... The difference is that we'll all be on an equal footing with the same equipment and the same ambitions at the start. May the best team win!”

Régis Fricotté, Alpine Commercial and Competition Director
“Following the success of the Alpine Racing Challenge on Gran Turismo earlier this month, the Virtual 24 Hours of Le Mans offers us a new opportunity to address a wide audience while positioning the Alpine brand as a true competitor in the Esport world. With its exceptionally realistic format, this event promises to be the ideal showcase to demonstrate the know-how of the Signatech Alpine Elf team and the talent of our drivers while honouring the partners supporting us in the FIA World Endurance Championship. We would also like to thank Renault Vitality for its collaboration, which has enabled us to draw on the synergies of Groupe Renault around motorsport and Esport, two universes that are inextricable from its DNA. While we are waiting for the resumption on the on-track action this summer, we will pay close attention to this event with the hope of adding another trophy to Alpine’s 24 Hours of Le Mans cabinet!”