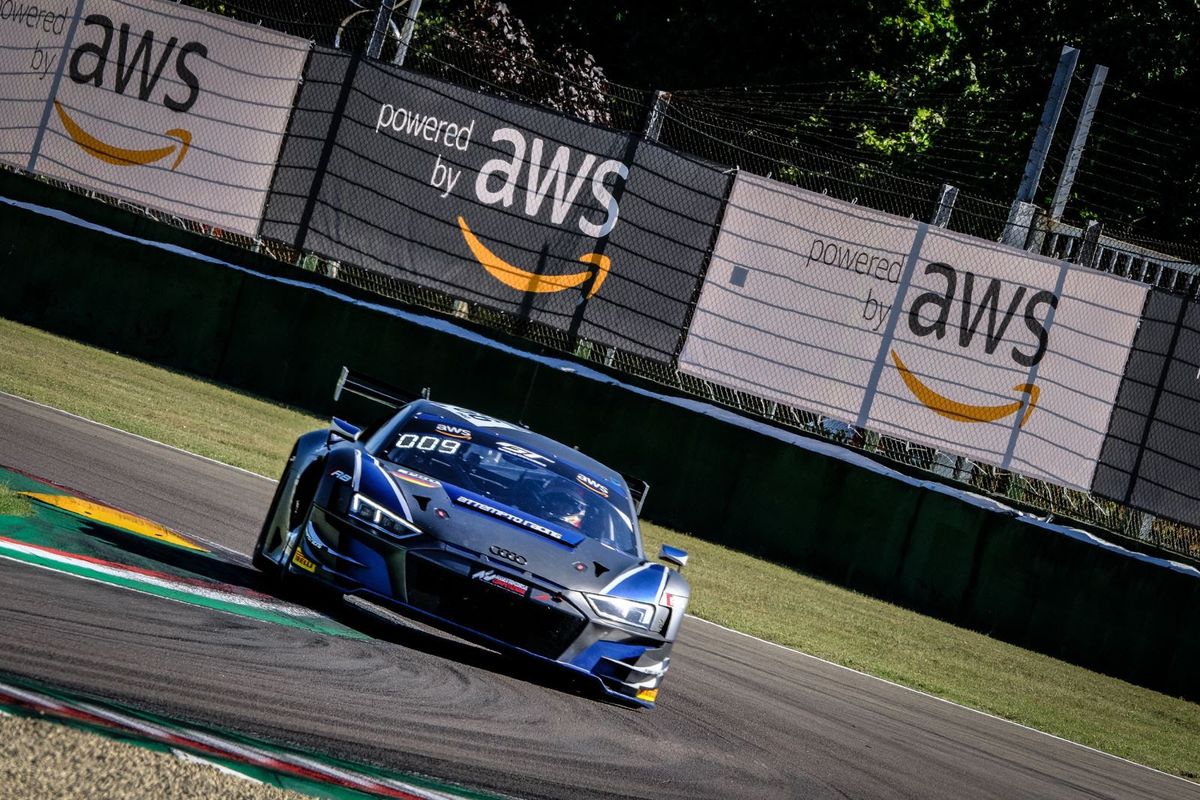 The #66 Attempto Racing Audi will begin the GT World Challenge Europe Powered by AWS season from the front of the grid after securing pole for today's three-hour contest at Imola.

The crew of Mattia Drudi, Kim-Luis Schramm and Frederic Vervisch mastered a typically competitive Endurance Cup qualifying session, which ran without stoppages and ended with the top-26 cars separated by less than a second on average times.

Q2 saw Mirko Bortolotti hit the front in the #31 Belgian Audi Club Team WRT machine, with his 1m41.791s continuing the fine form displayed since Friday's official test sessions. Schramm was only half a second shy of the rapid Italian, but the ultra-competitive nature of the field left him 15th overall.

Nevertheless, the Attempto car remained in the mix. It was all on Vervisch in Q3, and the Belgian delivered a scintillating effort of 1m41.213s to top the session and secure pole by 0.144s on average times.

The Audi will be joined on the front row at the Italian circuit by a Ferrari. The #51 AF Corse crew were fast and consistent throughout, with Alessandro Pier Guidi (8th), Nicklas Nielsen (6th) and James Calado (2nd) all delivering excellent laps.

The #88 Mercedes-AMG will start from third. Marciello's effort in Q1 was followed up by 21st for Timur Boguslavskiy and third for Felipe Fraga in the final session. GPX Racing put their #12 Porsche on the second row, with Matt Campbell (6th), Patrick Pilet (5th) and Mathieu Jaminet (8th) doing the work behind the wheel. The #31 WRT Audi will start fifth, followed by the #40 GPX Porsche.

Seventh overall went to the #15 Tech 1 Lexus, which will also start from Silver Cup pole this afternoon. The young, all-French crew of Aurelien Panis, Timothé Buret and Thomas Neubauer were among the stars of qualifying, with Panis showing particular pace to take fourth overall in Q1. Their good work left the Lexus 10 spots clear of its nearest class rival, the #159 Garage 59 Aston Martin of Andrew Watson and Valentin Hasse-Clot.

The #93 SKY Tempesta Racing Ferrari bagged Pro-Am pole thanks to consistent showings from its trio of Jonathan Hui, Chris Froggatt and Eddie Cheever III, all of whom were among the top-five in their class. The #77 Barwell Motorsport Lamborghini qualified second on its return to Pro-Am competition, followed by the #87 AKKA ASP Mercedes-AMG. Today's grid will be completed by the #108 CMR Bentley, which is running in the Am Cup class.

Qualifying capped a busy day of action at Imola, which began at 09.00 with a 90-minute free practice session that was led by Marciello's #88 Mercedes-AMG. This was followed by pre-qualifying, paced by Bortolotti in the #31 Audi, which got underway at 13.10 and also ran for 90 minutes.

Sunday's three-hour race begins at 13.30 CET and will be broadcast live on television and a variety of online platforms, including the GT World Challenge Europe website and Facebook page and the GT World YouTube channel. When the green flag drops, Imola will launch the 10th season of competition for the Endurance Cup, and the most eagerly anticipated in the championship's history.

Frederic Vervisch, #66 Attempto Racing Audi: "What can I say?! All three drivers did a great job today and I am so, so proud of the whole team. Being together was quite a late decision, so I'm extremely happy to be P1. This is my first race of the season and it's really nice to have the adrenaline kick in and feel your heart beating before an important session. Imola is a great circuit where there's not much room for error, so it's a real drivers' track. Tomorrow the plan is to win and we've showed that the team and the car have the potential. But we all know that many things can happen in these races, so we need to be error-free."