Rally the Globe revs up with Highland Thistle adventure 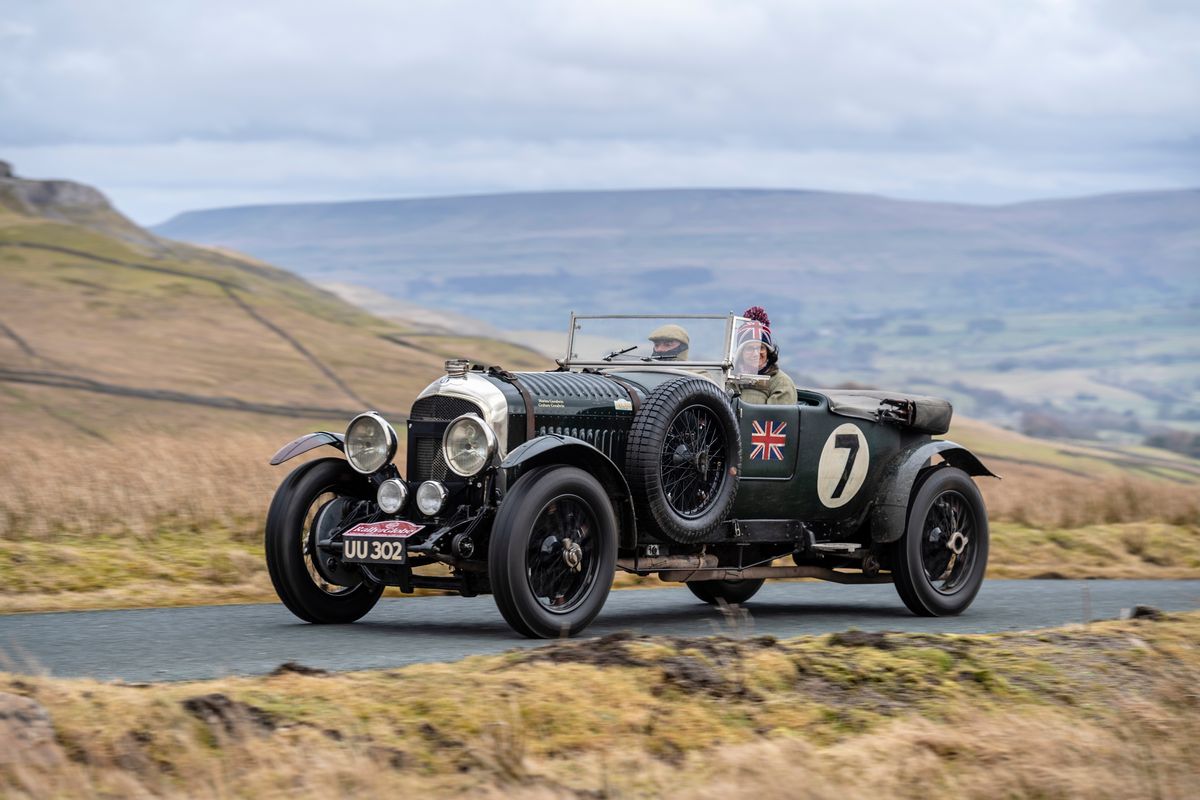 Rally the Globe is revving up for a timely return to action. After a six month pandemic enforced hiatus, the indomitable spirit, camaraderie and thirst for automotive adventure among owners of historic and classic cars is revived with the Highland Thistle Rally – a magnificent 1,200-mile driving escapade through Scotland’s most spectacular scenery.

Starting and finishing at a luxurious five-star hotel in St Andrews, the legendary birthplace of golf on the Scottish east coast, the Highland Thistle (4-9 October) is open to all pre-1977 models. Eye-catching cars already entered range from a number of standout Bentleys from the 1920s right up to a much-loved Mini from the Swinging Sixties.


Interest – notably from the UK and Europe – has been soaring ever since the easing of lock-down regulations. There are, however, a few remaining places open to those seeking to blow away the cobwebs with a memorable five-day, late-summer drive through the awe-inspiring glens, across the vast moors and alongside the mystical lochs of the superlative Scottish Highlands.

Adding further to the amazing appeal, crews will also face a number of rousing competitive challenges. There will be three or four Regularity Sections per day staged on twisty but quiet minor roads plus around 10 Special Tests throughout the event, these set on private land such as motor sport venues and airfields.

Days will be long and testing but accommodation at top quality hotels – plus visits to fairytale castles and other top visitor attractions – will energise and inspire all those entering the inaugural Highland Thistle Rally.

“It’s a truly epic journey encompassing all the best driving roads in Scotland,” enthused Mark Appleton, Rally the Globe’s newly-appointed Clerk of the Course who has just driven the entire route as part of the team’s final preparations. “The glorious Highlands have always been the absolute epitome of scenic and they seem even more so after the recent travel restrictions. There could be no better way for us to get back on the road again.”

Appleton is also keen to emphasise the measures being undertaken to protect the health and safety not only of those competing but also of those living in the communities through which the event passes.

“While we have set out to create a real celebration of post lock-down freedom, in the current climate that still comes with added responsibilities,” he confirmed. “All the venues and hotels we are visiting are rigorously following the latest government guidelines and, as an event organiser, we are adopting all the relevant recommendations for rallies as recently issued by the governing body, Motorsport UK.

“Indeed, earlier this week Motorsport UK announced the return of motorsport to Scotland and has published specific Guidelines, agreed with Sport Scotland, the Scottish Government and other relevant authorities. It goes without saying that Rally the Globe is methodically working through these documents to ensure that the Highland Thistle will happen in a way that minimises the risks to everyone.”

Following pre-event checks and a Sunday evening welcome in St Andrews, Monday sees crews head to the west coast but not before an early morning ‘wake-up call’ at a drifting circuit near Glenrothes. “That should blow away the cobwebs,” Appleton quipped.

The route then heads through the beautiful mountains and towards the Trossachs National Park via the infamous Ben Lawers road which rises to the northside of Loch Tay. The day then ends with a well-earned visit to the award-winning Inverawe Smokehouse before an overnight halt in the resort town of Oban.

Tuesday’s route is every bit as outstanding crossing Rannoch Moor and then through atmospheric Glencoe and past Fort William in the shadows of Ben Nevis before a lunch halt on the shores of Loch Lochy in the Great Glen. Once refreshed, it is then west, past the iconic Eilean Donan Castle and on to the truly remarkable roads of Skye before a well-deserved overnight stop in Portree.

Further driving on Skye follows the next morning before a return to the mainland for lunch at Applecross, but not before navigating the breathtaking ‘Bealach na Ba’ or ‘Pass of the Cattle’. Both Tuesday and Wednesday nights are spent at the luxury Achnagairn Castle Hotel close to Inverness with the fourth day’s driving adventure taking crews north west to Ullapool and back via tests at the Littleferry kart track north of Dornoch.

The final day includes visits to Kincardine and Glamis Castles as well as more great roads through both Speyside with its world famous whisky distilleries and the Cairngorms National Park via Tomintoul on some of the highest roads in the UK. The final – and perhaps decisive tests – are set on the heavily guarded Leuchars military base outside St Andrews.

The Highland Thistle is the first of a new line-up of driving events organised by Rally the Globe in response to the spread of coronavirus. With many of the more audacious rallies – including the planned three-part Round The World circumnavigation – now not possible, the hard-working team has launched a series of events set in more secure locations.

Staying in mainland Britain, next up in spring 2021 is the innovative Generations Rally based in the enchanting Lake District, England’s largest National Park, renowned for its rugged mountains and glacial ribbon lakes. Living up to its name, this novel event is open to family driver/navigator crews comprised of different generations, whether fathers and daughters, aunts and nephews or even grandparents and grandchildren.

Then, anticipating a growing appetite for travel, 2021’s calendar also includes the more adventurous Ypres to Istanbul Challenge (7-27 June) and the Carrera Italia (2-12 October). Indeed, Rally the Globe’s intrepid Rally Director Fred Gallagher has wasted no time getting back on the road and has just completed the first reconnaissance of the former’s planned route which stretches from the battlefields of Belgium to the historic gateway to Asia.

Entries for all these events are now open via the rallytheglobe.com website.