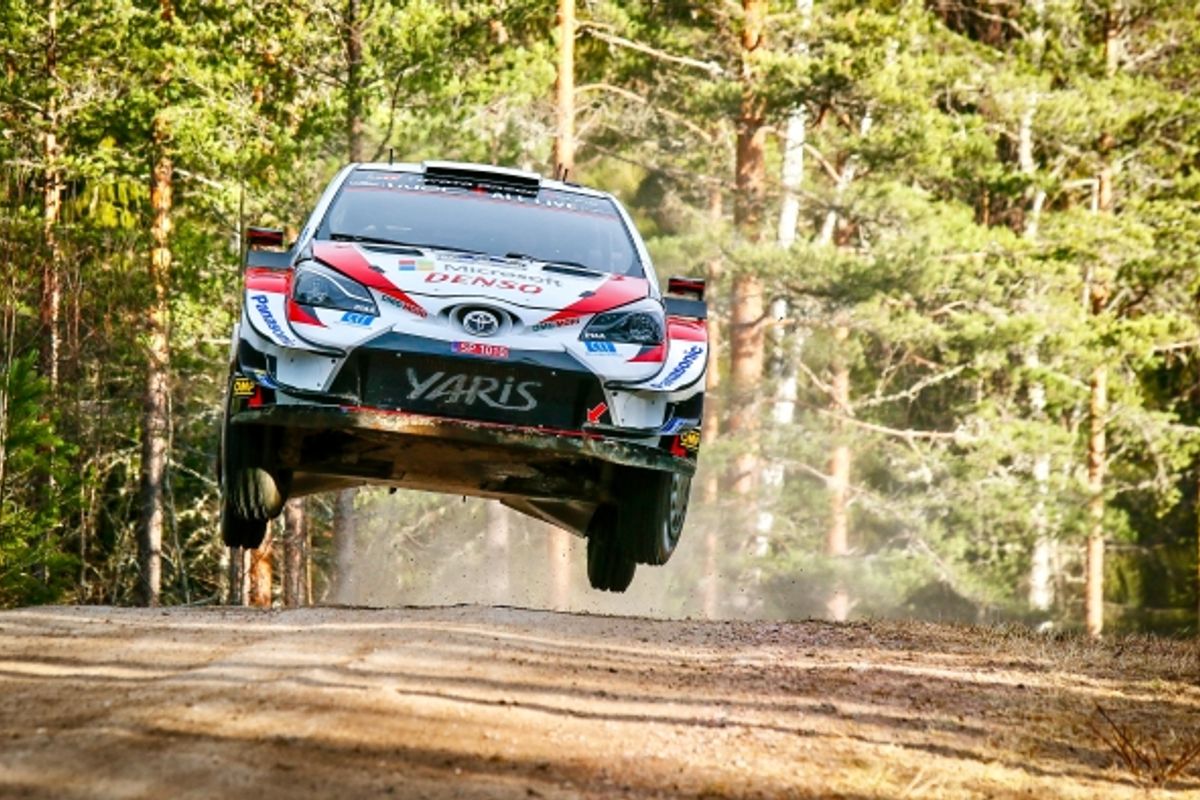 Elfyn Evans is relishing the restart of the FIA World Rally Championship – even more so as the Welshman currently holds a strong second place in the 2020 title race having made his best-ever start to a season.

After the opening three rounds staged in Monte Carlo, Sweden and Mexico before the global COVID-19 lockdown, Evans is only topped in the points standings by Sébastien Ogier, his six-time World Champion team-mate at Toyota Gazoo Racing WRT.

Now, after a six-month hiatus due to COVID-19, the WRC is ready to resume on the super-fast gravel roads of Estonia at the start of next month (4-6 September) and Evans is excited to be back behind the wheel.

“It’s been a long lay-off for sure and I’m really looking forward to finally getting going again,” he confirmed after spending much of the last six months trying to keep match fit at home in north Wales by combining his mountain biking activities in Snowdonia with regular gym and weight sessions.

To dust away any cobwebs, Evans and co-driver Scott Martin will be back together in their regular Toyota Yaris WRC to contest this Sunday’s non-championship South Estonia Rally. “We will treat that as a final warm-up to get us, and the team, back in the competitive groove,” he confirmed. “We will try to fine-tune a few different chassis set-ups and use the event as a competitive test session in the build up to Rally Estonia itself.”

Having only joined the title winning Toyota Gazoo Racing World Rally Team at the start of the 2020 campaign, Evans admits he still needs more experience pushing the Yaris WRC to its limits particularly on more traditional gravel surfaces and dry asphalt.

That said, the Welshman is clearly a quick learner. He scored an encouraging podium on his debut for his new employers on the Monte Carlo Rally before making history in February when becoming the first British driver ever to win in snowy Sweden – a stand-out feat neither Colin McRae nor Richard Burns managed, despite winning world titles. At that point Evans also briefly led the World Championship for the first time in his rallying career.

Although Rally Estonia is a new addition to the WRC calendar – introduced to replace rounds including Wales Rally GB lost to the pandemic – Evans does benefit from some recent knowledge of the high-speed Baltic event. He contested last year’s rally in a less powerful R5 car, but has mixed memories having suffered a back injury – the result of a slightly off-line landing to one of the rally’s notoriously big jumps.

“The rally had actually started pretty well and I’d set some encouraging stage times before I picked up the back injury which prevented me driving quite as hard as I would have liked for the remainder of the event,” he said. “We were able, though, to get some good experience which now, of course, is proving to be quite useful. Some of the other drivers know Estonia, too, but I’m happy we were there last year. Even so, I expect it to be fairly close at the front.”

With a fierce fight for podium places expected, Evans will not be backing off as a result of what happened in 2019. “We’ll be approaching it as normal,” he confirmed. “If you slow down too much on the jumps, then you’ll fail to be competitive. Besides, I’ve since been told that particular jump is famously tricky – we now know that place and won’t be making the same mistake again.”

Looking further ahead, a revised 2020 WRC calendar has just been confirmed with four more rounds to follow Estonia in Turkey, Germany, Italy and Belgium. While pleased to see a confirmed schedule, Evans is understandably cautious about the remainder of the season.

“It seems things are still a bit up in the air at the moment, so we have to take everything we can, when we can,” he admitted. “We just have to keep going to every rally and giving our best. We don’t really know how things will unfold. I have had my best ever start to a season but, even with a shortened calendar, there is still lots to come. Moreover, I have limited experience of the Yaris in certain conditions. We will just have to learn quickly and hope for the best!”

Sadly for Evans, one of the rounds no longer on the calendar is Wales Rally GB which was cancelled back in June as a result of COVID-19. “Obviously, not to have my home event is a huge disappointment – it’s always a highlight of my year. These are exceptional times, however, and so we have to be happy to be rallying anywhere. We’ll be focusing on what we do have rather than what we don’t have.”

The Welshman, though, is keen to see Wales Rally GB retain its place on 2021 World Rally Championship calendar – a cause for which both Motorsport UK, the event orgainser, and the Welsh Government, the event’s chief funding partner, are proactively campaigning.

“Of course, I’d like to see the WRC back in Wales in 2021… and not just for patriotic reasons,” he explained. “The great thing about Wales Rally GB is that it’s a unique event. It’s very different to all the others on the calendar and the challenge of rallying in Wales is one which everyone enjoys. The World Championship needs diversity and you certainly get that with Wales Rally GB. So I desperately hope it can keep its place on the WRC calendar.”