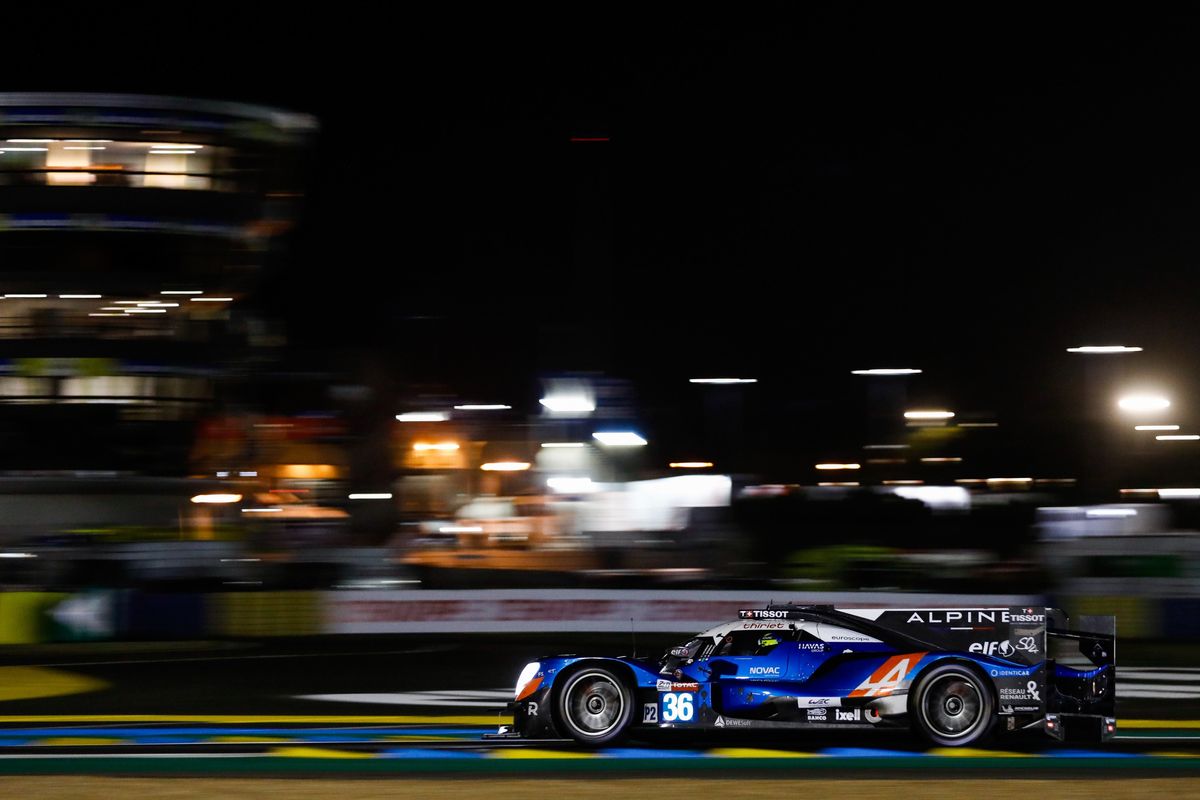 On a crazy comeback since the start of the 24 Hours of Le Mans, the Alpine A470 was one of the fastest cars during the night.
With six hours remaining, André Negrão, Thomas Laurent and Pierre Ragues continue to run flat out to make up for lost time.
The team is still aiming for a strong result in its last appearance at Le Mans in the LMP2 category before entering LMP1.

Dreaded by all, the night portion of the 24 Hours of Le Mans witnessed an impressive comeback from Signatech Alpine Elf as the team remains in contention for a strong result in LMP2.

Following Thomas Laurent’s triple stint around midnight, André Negrão carried on the offensive. Their joint efforts saw the n°36 Alpine A470 re-enter the top ten shortly after and up to eighth place at the midway point of the race.

Pierre Ragues then took over for a triple stint as well during which he widened the gap to his pursuers prior to Thomas Laurent getting back in the car.

Like his countryman, the driver from Vendée drove three consecutive stints to make up some ground to the competitors ahead of him, then André Negrão relayed him to push hard until dawn.

With a faultless performance combined with the excellent work of the team during the pit stops, the trio has climbed up to seventh place in the LMP2 category and close to the overall top ten.

Still as combative and determined as ever with six hours to go, Les Bleus continue to give it all they’ve got to get the best possible result as they have always done.

Quotes
Philippe Sinault, Team principal Signatech Alpine Elf
"We hope to move up a little bit more to potentially enter the top five. We are in good shape in relation to our tyre and time quotas thanks to our triple stints throughout the night. This has allowed us to be aggressive heading into the final hours, which always provides some plot twists. We are going to push as we will optimize our strategy till the very end!”

Thomas Laurent
"The night is now behind us and we have moved up in the classification. We are now in seventh place and our strategies are on point. My triple relays both went well and I always love driving at night in Le Mans. The traffic kept me awake, especially in LMP2 between the backmarkers or our competitors on the same lap. The car is very strong, the tyres are just perfect for the temperatures and we're going to keep giving it everything we’ve got right until the finish! “