Nico Rosberg tests the Volkswagen ID.R at the Nürburgring 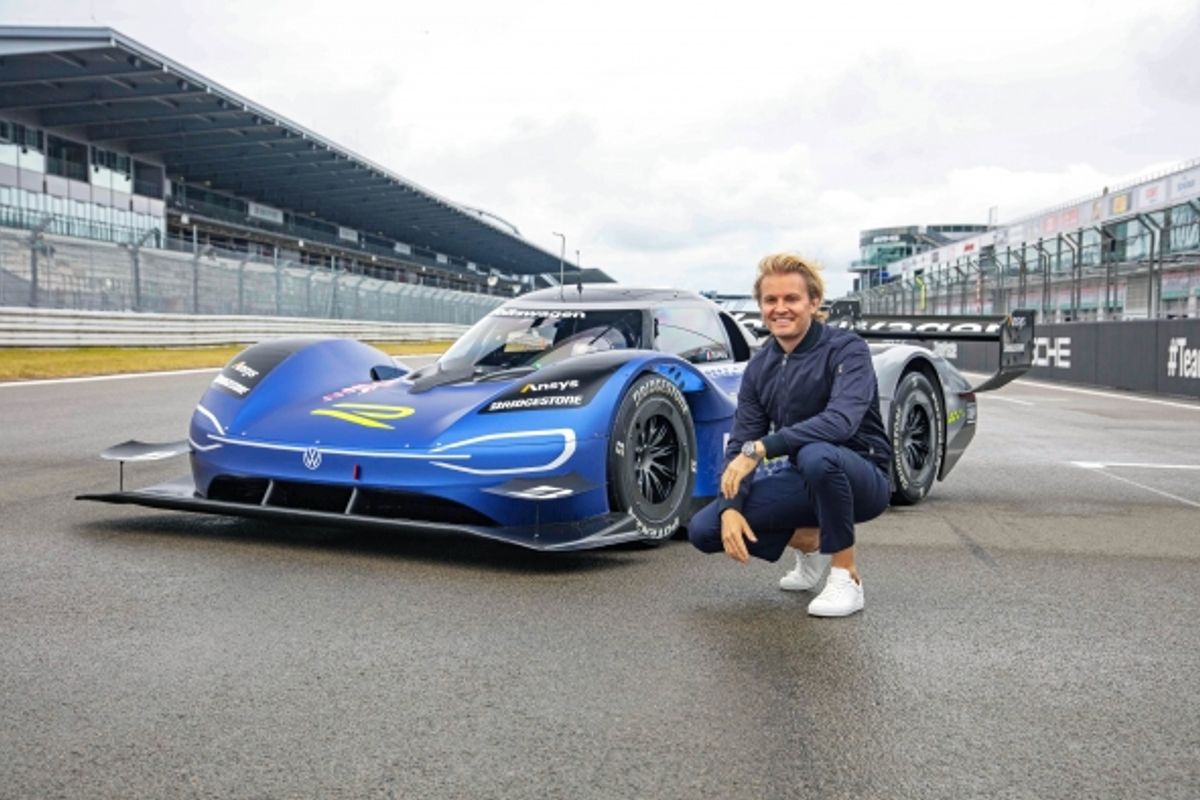 Record-breaking race car meets Formula 1 champion. A very special guest took his place at the wheel of the fully-electric Volkswagen ID.R at the Nürburgring: Nico Rosberg, 2016 Formula 1 world champion, took the 500-kW (680-PS) electric race car for a spin at the Grand Prix circuit in the Eifel region of Germany. Rosberg, who is passionate about electromobility, has invested heavily in future technologies since retiring from Formula 1. Among other things, he founded the Greentech Festival – a sustainability event. The 35-year-old is particularly fascinated by companies with innovative solutions and sustainable concepts in the ﬁeld of mobility. At the Nürburgring, he took his place for the ﬁrst time in the Volkswagen ID.R in his other role as car tester and inﬂuencer. Rosberg stated later on his social media channels that the car had the kind of performance he had only ever experienced before in Formula 1.

Formula 1 world champion back in his element
The weather gods were not smiling on the former Formula 1 champion at the Nürburgring. However, despite rain, wind and temperatures below ten degrees Celsius, Rosberg still had a smile on his face as he climbed into the ID.R, which currently holds ﬁve records on three continents. “It is a while since I have driven a real race car in the rain, but I immediately felt like a ﬁsh in water again in the ID.R. It feels fantastic to drive,” said Rosberg after his test drive. “The traction, the acceleration, the downforce – it was all very familiar,” said the man who won 23 Grands Prix over the course of his Formula 1 career. “Compliments to the engineers at Volkswagen, who have done important pioneering work in the ﬁeld of electromobility with the ID.R. Motorsport’s job is to change mobility as a whole. It should be the test and development platform, in order to transport technology into production. That is exactly what has happened with the ID.R and the ID.31. I could even imagine getting an ID.3 for my family.”

“We are delighted that Nico wanted to test our ID.R. The fact that our electric racer put a smile on the face of a Formula 1 world champion is great feedback and underlines the fact that electromobility can create a lot of fascination and emotion,” said Volkswagen Motorsport Director Sven Smeets.

The ID.R is the technology platform for the ID. family
Meanwhile, Volkswagen Motorsport continues to add to the success story with the ID.R. The electric race car currently holds ﬁve records: as well as all-time records at Pikes Peak in Colorado (USA), on Goodwood Hill (GB), Tianmen Mountain in Zhangjiajie (China), it also possesses the lap record for fully-electric cars at the Nürburgring-Nordschleife (GER) and Bilster Berg (GER). The ﬁndings of test and record drives are incorporated in the production development of the fully-electric ID. family, which is already on the roads with the compact ID.3 and the ID.42 electric SUV. The goal is for the Volkswagen brand to launch more than 20 all-electric vehicles by 2025.