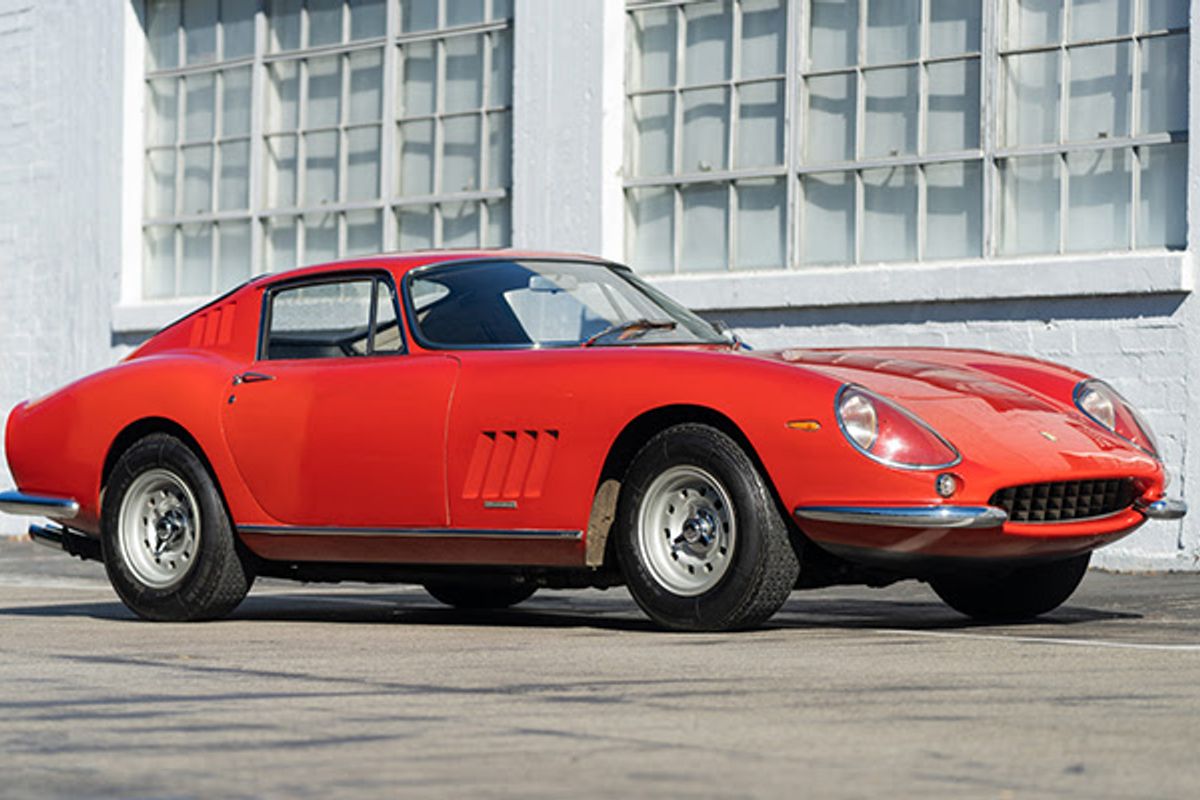 Gooding & Company’s online Arizona sale featured some of the world’s most esteemed marques, from prewar to present day. A Ferrari led the sale with the well-preserved 1966 Ferrari 275 GTB Long Nose achieving $1,936,000.

One of the most exciting cars of the week, the 1954 Aston Martin DB2/4 Drophead Coupe, saw bidding placed up until the very last second before ultimately selling for $968,000.

Rounding out the company’s top five sales was an attractive 1965 Shelby GT350 that ended a lengthy bidding war with a winning price of $385,000.

One of the most distinctive lots from the online sale, the record-breaking 1972 Citroen SM Land Speed Racer, successfully sold above estimate at an impressive $203,500. A 1968 Meyers Manx more than doubled its low estimate by selling for $101,200, setting a new auction world record for the model in the process.

In addition to  a stunning array of collector cars on offer, Gooding & Company sold 100% of its automobilia lots, highlighted by the extremely rare c. 1963 Midway Race-Way Pinball Machine. This original and operational electro-mechanical pinball machine smashed its pre-auction estimate for a final price of $27,500, becoming one of the most expensive pinball machines ever sold at auction. The fifth lot in the sale, a Bugatti Type 59 Grand Prix Model by Antonietti-Bossac, ultimately sold for an outstanding $16,875. In total, the company sold all 15 of its automobilia lots, continuing its success in selling a range of automotive history.

“We are pleased with the results of our Geared Online Scottsdale Edition sale,” states Gooding & Company President and Founder, David Gooding. “Although we miss interacting with our clients one-on-one and commanding the auction stage at our annual Scottsdale event, it is exciting to see such incredible engagement on our Geared Online platform.”

This online only sale follows the company’s record-breaking “Passion of a Lifetime” UK event at Hampton Court Palace. The online only auction will begin on Thursday, 28th January and run through Friday, 5th February 2021, with lots closing beginning at 17:00 GMT. These nine coveted and magnificent automobiles hail from some of Europe’s most significant marques. Preceding the online event, all available lots will be housed in a central location north of London, providing the opportunity for interested bidders to experience the online offerings.

For more information, please contact concierge@goodingco.com. Online bidder registration will be available through Gooding & Company’s website and mobile apps for iOS and Android.