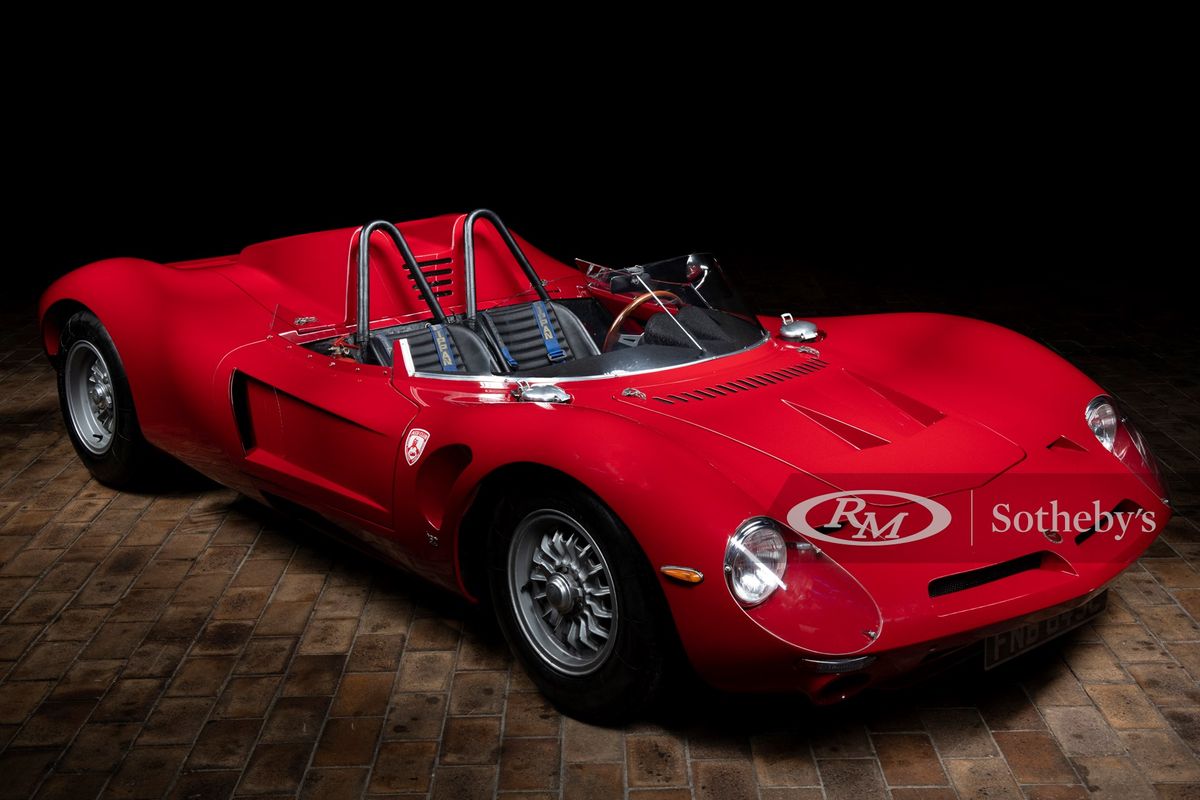 Starting out his career at Alfa Romeo in the 1950’s Giotto Bizzarrini quickly earned a name for himself through his work for Ferrari, where he helped to develop the 250 Testa Rossa and was responsible for leading the team that built the 250 GTO. In 1962, Bizzarrini went out on his own and in partnership with Iso, he helped to create the Iso Grifo and Rivolta alongside Giorgetto Giugiaro. Bizzarrini started building cars under his own name in 1963, further developing Iso’s AC/3 into the Bizzarrini 5300 Strada and 5300 Corsa. Rather than fit these cars with the seemingly obvious choice of an Italian V-12 engine, Bizzarrini instead chose to utilize Chevrolet’s small-block 327 cu. in. V-8.

At the 1966 24 Hours of Le Mans, Bizzarrini entered an all-new racing car dubbed the P538. Clothed in gorgeous spider bodywork penned by Giugiaro, it was equipped with that 327 cu. in. Chevy V-8 small-block (which converts to 5.3-litres, explaining the P538 nomenclature). Although the car looked promising, both P538s entered in that year’s Le Mans failed to finish, one dropping out of the race due to a steering arm failure in the third hour, and the second being disqualified due to a pit-lane violation just two hours after that.

In the years that followed, Bizzarrini’s finances fell into disarray, and the company declared bankruptcy in 1970. For the P538, an FIA rule change limiting displacement to 3.0-litres all but eliminated it from European endurance racing. However, the P538 did qualify for some Can-Am and Formula Libre events, which made the car attractive to a handful of privateers, and a handful of cars were produced after the company went bankrupt.

The P538 presented here was one of several cars produced after 1970. It was commissioned by Frenchman Jacques Lavost (who would later become director of the French Iso and Bizzarrini owners club) and built by Bizzarrini and his former company foreman Salvatore Diomante. This car boasted a handful of differences over other P538s which included larger air intakes for the engine within the doors and triangular roll bars over the driver and passenger. Photocopies of a handwritten letter written in French by Lavost in 2001 chronicles his story of the car, stating that it was completed in 1979 following nine years of construction. A copy of his pervious French title remains in the history file as well, showing that it was registered 6714 ZX 92 in France as of 1994 under his ownership.

Lavost retained ownership of chassis number B04 until April of 2001. By 2002, it had passed into the ownership of Davide di Bernardi. That year it was issued a certificate of identity by the ASI and was restored in the mid 2000’s. In 2013, the car was purchased by its current owner, a California-based collector, and it has remained with him ever since. Still fitted with a 327 cu. in. Chevrolet V-8 engine, it is topped with four side draft Weber carburetors with a unique crossflow manifold built by Diomante. The engine was rebuilt upon the consignors purchase in 2013, and it has seen limited use since.

Quite simply the ultimate Bizzarrini, the P538 is as stunning to behold as it is to drive and would be a welcome stablemate to any of the myriad of automobiles that Giotto Bizzarrini played a part in developing.

NB
Please note that this lot will need to be collected from Tilburg, Netherlands

Please note, owing to the UK having now left the European Customs Union, buyers should be aware of any and all implications of purchasing a UK registered lot, including but not limited to this lot being subject to VAT on the full purchase price if it is to remain in the EU. Please note this car is incorrectly titled as 1965.