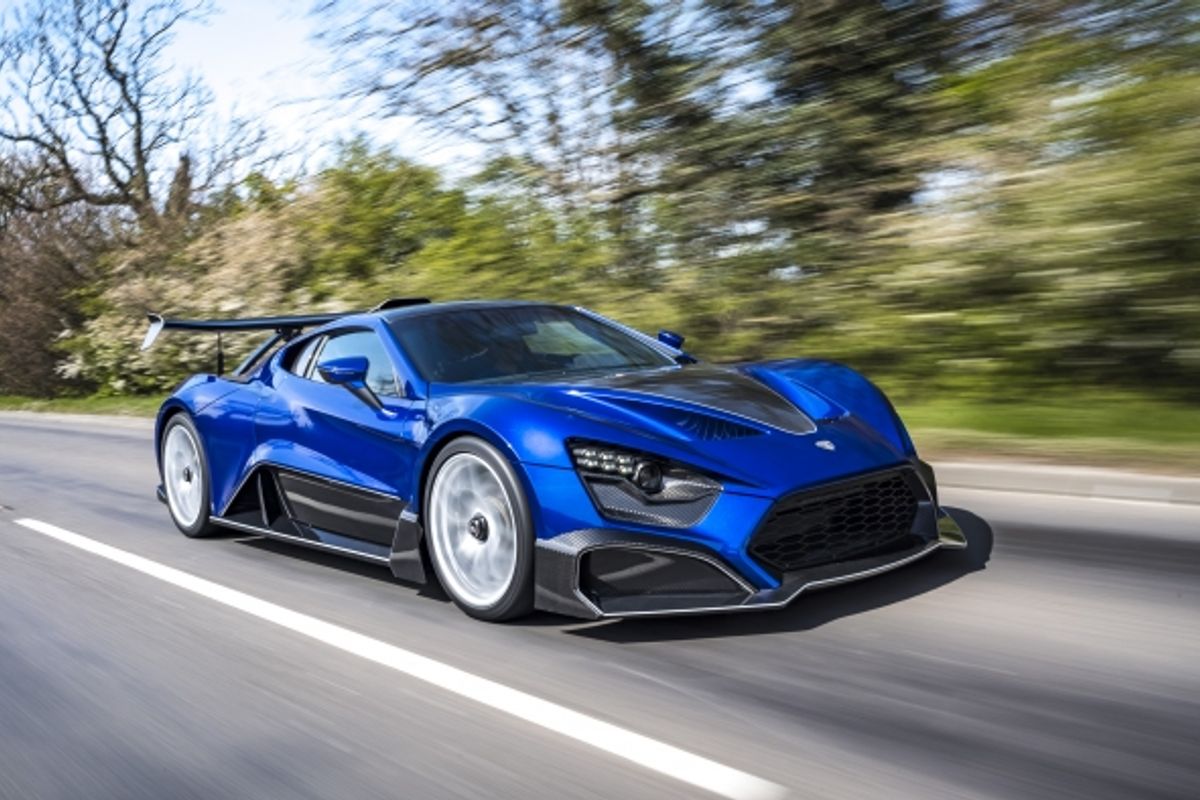 Ahead of summer events programme

Zenvo Automotive’s TSR-S has landed on UK tarmac ahead of a comprehensive events programme that will allow customers and brand aficionados across the UK to experience the limited edition hypercar throughout the summer, both dynamically and in static displays.

The soon-to-be-announced event calendar will give onlookers the opportunity to witness one of the world’s fastest accelerating rear-wheel drive cars in action. The TSR-S features an in-house developed 1,177bhp 5.8-litre twin-supercharged flat-plane V8 engine, which is coupled with a motorsport-derived gearbox, to propel it from standstill to 100km/h in just 2.8 seconds. It takes less than 6.8 seconds for it to reach 200km/h, with its top speed is electronically limited to 325km/h.

With a full carbon body – honed to exceptionally high-quality standards in-house – it weighs in at 1,495kg (dry weight). All that power is transferred to the road via Michelin Pilot Sport Cup 2 tyres, and is kept under control by a patented active Centripetal wing. This distinctive Zenvo innovation has the ability to change the angle of attack in two different axis. Under braking, it creates additional drag and acts as an air brake, while in cornering it distributes downforce to the inner side of the car to minimise vehicle roll. The lateral angle of attack can change by up to 20 degrees, giving the Centripetal wing a significant advantage over other market solutions.

A dual gearbox set up allows drivers to switch between a standard road gearbox configuration and a brutal mechanical direct power-shift race set-up, again all developed in-house by Zenvo’s expert team of engineers.

UK event goers will see the TSR-S crouch on the road like a lion primed to attack; this naturally powerful image having inspired the Zenvo design team. Its dramatic and sinister looks are striking, yet rooted in the Danish design tradition of form following function. Smooth curves contrast against motorsport-inspired angles that denote its phenomenal power, with customers able to tailor each model to their exacting specification.

The expertly crafted TSR-S sits at the pinnacle of the hypercar segment. Hand built at Zenvo’s headquarters in Præstø, Denmark, just five of the brand’s models are manufactured by the specialist team each year, utilising its comprehensive in-house manufacturing capabilities.

Zenvo Automotive is currently establishing a global dealer and service network for the TSR-S and its line-up of limited edition hypercars, and in April 2021 appointed the MOHR GROUP as its official dealer in Germany. It will offer the brand’s full model range at its flagship 1,600m2 showroom in Motorworld München, and will also retail the brand’s upcoming all-new series when launched.

Angela Kashina, CEO of Zenvo Automotive, said: “The reception to Zenvo Automotive in the UK has been fantastic, and we’re very excited to share the TSR-S with those who have been so supportive of the brand. There are a lot of people eager to get behind the wheel of the car, as well as see it in action, and we will be revealing our UK event calendar in the coming weeks.”