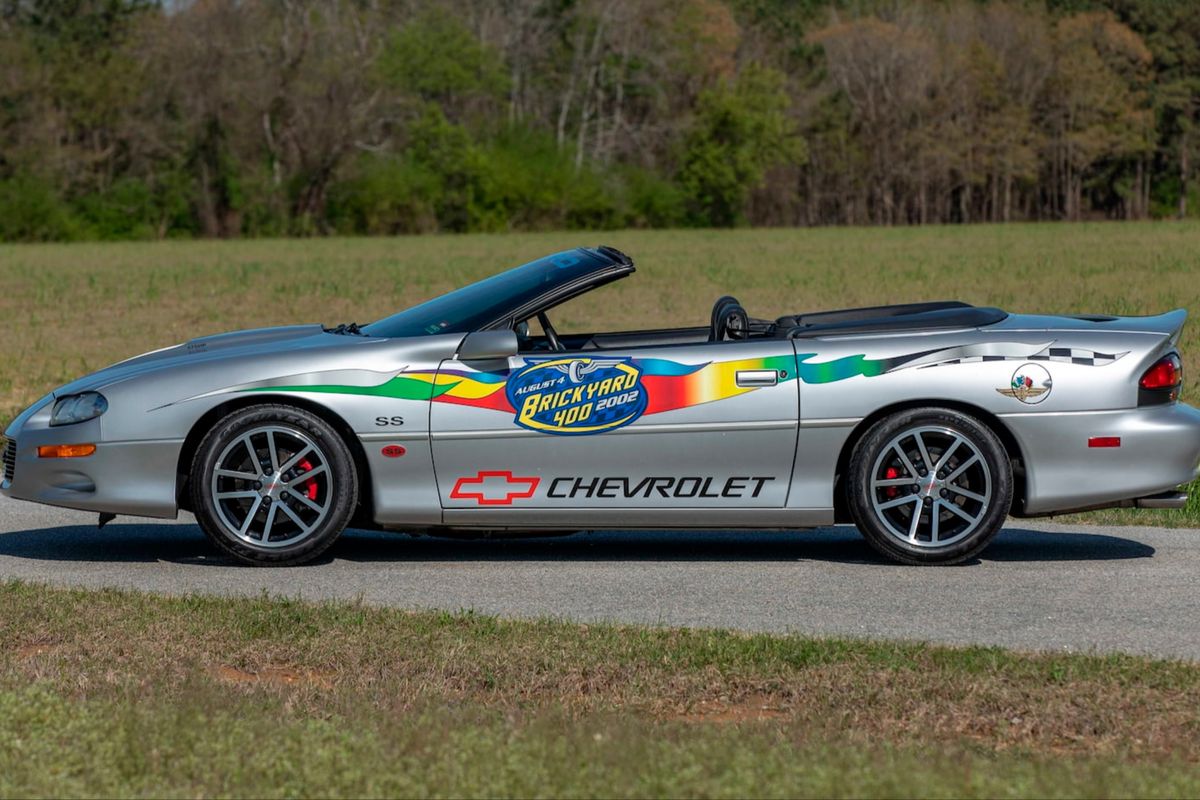 A combination of limited-edition options makes this 2002 Camaro Brickyard Pace Car exceptionally rare. In fact, it is one of one in its configuration—a Brickyard Pace Car convertible with Berger Chevrolet’s 35th Anniversary Performance Edition package. To further break down this Camaro’s rare pedigree, we can look at the special RPO code “Z7D,” which was a specially ordered Brickyard 400 package. This specialized vehicle started as a Super Sport model, and further modifications were completed by GMMG Inc. to transition it into the 35th Anniversary Performance Edition.

This is Performance Edition No. 16 out of the 50-car production run. It’s one of only four silver Performance Edition cars, and it’s one of only 12 cars built with a double COPO assignment in 2002. It was assigned to the National Corvette Museum F-Body event, and it was not offered for public sale when new. It has been in a private collection for its entire life and the paint, decals, upholstery and convertible top are in stunning condition.

The Performance Edition package offered many upgrades for the already potent Super Sport model. This consisted of cat-back chambered exhaust, a high-flow air box, progressive-rate coil springs, slotted disc brake rotors, special emblems throughout, a numbered dash plaque, special floor mats, a fitted car cover and more. These were very detailed builds, and this one features the added horsepower from the Phase IIX package, an $8,000 upgrade option from GMMG. This option upgrades the LS1 engine to 475 HP and 450 lb-ft of torque, and it’s backed by an automatic overdrive transmission. Included in the sale is the original window sticker, build sheet and complete 35th Anniversary binder, as well as original books and manuals. This is a true gem of the modern era, available as part of the spectacular Gen Z Muscle Car Collection.