A superb line-up of Everyman Classics throughout all ages will be going under the hammer - including three Lancia’s all offered without a reserve!

One Lancia in their catalogue and heading to London is the 1976 Lancia Gamma Berlina 2500. Classic Car Auctions are offering a unique, one-off opportunity to purchase this unregistered, virtually new, Lancia. This amazing Gamma Berlina was ordered new in 1976 through a Lancia dealer in Turin for an English client who was working in Italy at the time. When taking the delivery of the car, the dealer was unable to track down the prospective buyer and simply pushed this exceptional example to the back of the workshop, where it stood for a total of 38 years!

With only 16 miles on the clock, the vendor managed to purchase the Lancia in 2014 and then the car underwent some recommissioning. This terrific, mysterious example comes with a specifically commissioned hardback book which illustrates the 600+ hour recommissioning programme. This Lancia has now been imported to the UK and has only 79 miles recorded, what a tremendous find and a great opportunity to own such a virtually new car!

Another Lancia included within their sale is this 1981 Lancia Trevi. This is one of only two or three in the UK and is offered without reserve. This stunning right-hand drive example has been subject to a nut and bolt, bare metal restoration with the aim to getting it as ‘close to new as possible’ as it cost in excess £32,000. Finished in Silver Metallic with Blue upholstery, this Trevi was built in relatively small numbers and has featured in Auto Italia magazine. Classic Car Auctions are proud to be offering this incredibly rare example, particularly in the UK.

Classic Car Auctions are also offering this 1984 Lancia Beta HPE Volumex. This is a rare High-Performance Estate (HPE) that has been fitted with the supercharged VX engine. This two-door ‘Shooting Brake’ appeared three years after the Berlina and Coupe and is now offered with a great history file, handbook pack and two keys. With just 42,529 miles indicated, the car has been off the road for a long period of time and is ready to now be enjoyed by its next owner.

Bidding for this sale will be available in person, by phone, online or via commission 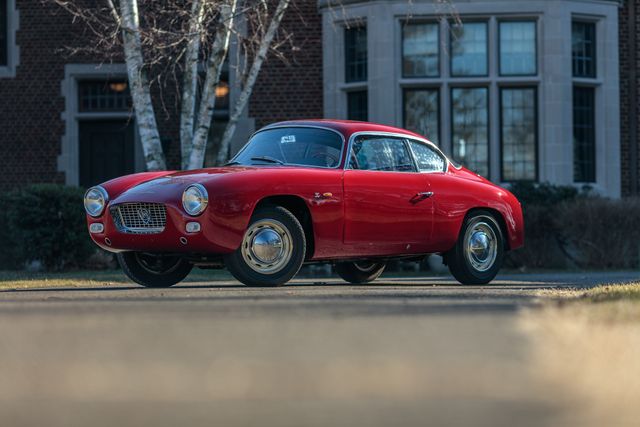