Under cover of darkness Saturday at Daytona International Speedway, the two Acura entries in the Daytona Prototype international (DPi) clawed their way back into contention as the world-renowned endurance sports car race reached its halfway point early this morning.

While the No. 5 Mustang Sampling/JDC-Miller MotorSports Cadillac DPi-V.R was the race leader with Richard Westbrook aboard after 12 hours, the No. 10 Konica Minolta Acura ARX-05 and No. 60 Meyer Shank Racing with Curb-Agajanian Acura ARX-05 both recovered from earlier tire punctures to get back on the lead lap.

Live coverage of the 60th anniversary Rolex 24 continues on USA until 3 a.m. ET and again from 6 a.m.-noon before moving to NBC at noon for the dramatic race conclusion. The checkered flag will wave at approximately 1:40 p.m. Nonstop coverage is also available on Peacock and IMSA Radio.

The No. 10 Acura, chasing a record-setting fourth consecutive top-class win for Wayne Taylor Racing in the IMSA WeatherTech SportsCar Championship season opener, fell two laps down following its tire issue four hours into the race. The WTR crew and drivers never wavered and the Acura gained strength and pace after the sun went down and ambient temperatures dipped below freezing.

Right around 11 p.m. ET, exactly five hours after it had fallen two laps in arrears, Ricky Taylor took the lead in the No. 10 after narrowly avoiding Alex Lynn in the No. 02 Cadillac Accessories Cadillac DPi-V.R on a restart from a full-course caution.

“It just goes to show that at the Rolex 24 you’re never out of it and how quickly things can flip,” Ricky Taylor said. “It’s a little hard to believe but the team always finds a way to the front and this team is really good about strategizing their way into race wins and into position.”

Taylor didn’t mind the chilly temperatures because, as the thermometer dipped, the No. 10 Acura heated up.

“The (No.) 10 car’s always strong in the cold, so that suits us,” he said. “Hopefully when the sun comes up, we maintain that. But I think race-ability-wise, at least for these conditions, I like our car right now.”

The same went for the No. 60 Meyer Shank Acura. Like the other Acura, it recovered from going a lap down after suffering its own tire puncture. As the race reached the halfway point shortly before 2 a.m., Helio Castroneves had the No. 60 running second. All seven DPi cars have led the race at one juncture or another and Kevin Magnussen set a race lap record of 1 minute, 34.000 seconds in the No. 02 Cadillac.

IMSA Michelin Endurance Cup points are awarded at each six-hour juncture of the Rolex 24, with the leading car in each class netting five points, the second-place car four points, third-place car three points and all other cars in class two points. With two sets of Michelin Endurance Cup points awarded after 12 hours, the leaders are: the No. 5 Mustang Sampling Cadillac in DPi; No. 52 PR1 Mathiasen ORECA in LMP2; a tie between the No. 74 Riley Motorsports Ligier and No. 54 CORE autosport Ligier in LMP3; the No. 2 KCMG Porsche 911 GT3 R in GTD PRO; and a tie between the No. 70 inception racing McLaren and No. 27 Heart of Racing Team Aston Martin Vantage GT3 in GTD.

Both Corvette Racing entries spent considerable time in the garage area making repairs. After 12 hours, the No. 3 Corvette C8.R GTD driven by Antonio Garcia, Jordan Taylor and Nicky Catsburg ran ninth in the GTD PRO class, 14 laps behind the leaders. The No. 4 Corvette shared by Nick Tandy, Tommy Milner and Marco Sorensen was 12th in class, 77 laps behind. “We got hit from behind and that caused some big damage,” Sorensen said. “There was a spinning LMP3 car ahead of us and I had to brake hard because there wasn't anywhere I could go, then I got the contact from behind. I don't know who it was. The car was fine after that. I could still keep doing good laps and we were still in the game. Everything was good. Then just before I came into the pits, the car fully shut off on me. When Nick jumped in, we couldn't start it and that started a big snowball that kept on rolling with issues. It's tough. It was a long fix.”

Likewise, the No. 96 Turner Motorsport BMW M4 GT3, with all-time leading IMSA race winner Bill Auberlen among the driver quartet, suffered through its own mechanical maladies and was 62 laps behind the GTD leaders.

Other race items of note included:
The No. 20 High Class Racing ORECA was leading in LMP2 with 13 and a half hours remaining when driver Fabio Scherer slid hard into the Turn 1 tire barrier, bringing out a full-course caution. Scherer left heads scratching when he decided to limp the badly damaged car all the way around the track instead of accepting a tow from a safety truck. The car lost two laps but continued after repairs.

The No. 81 DragonSpeed USA ORECA, featuring IndyCar drivers Colton Herta, Pato O’Ward and Devlin DeFrancesco along with IMSA veteran Eric Lux, battled back onto the lead lap after a series of pit-lane speed violation penalties had dropped the car several laps back.
The GTD PRO class, as expected, featured tight racing and frequent lead swaps among manufacturers Mercedes-AMG, Porsche, Ferrari and Lexus.
The same occurred in GTD with McLaren, Mercedes, Ferrari, Porsche, Aston Martin and Lamborghini all duking it out on the lead lap at the halfway mark. 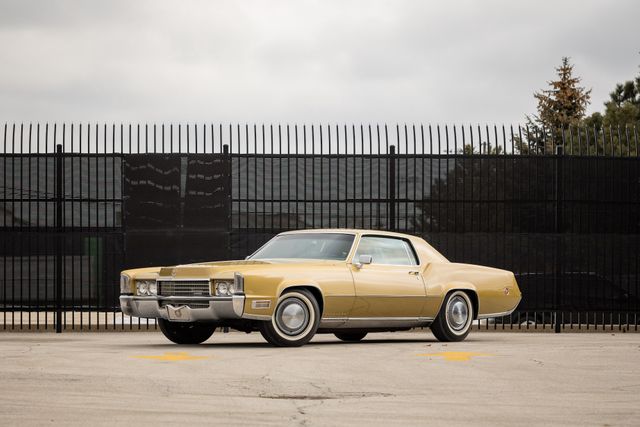