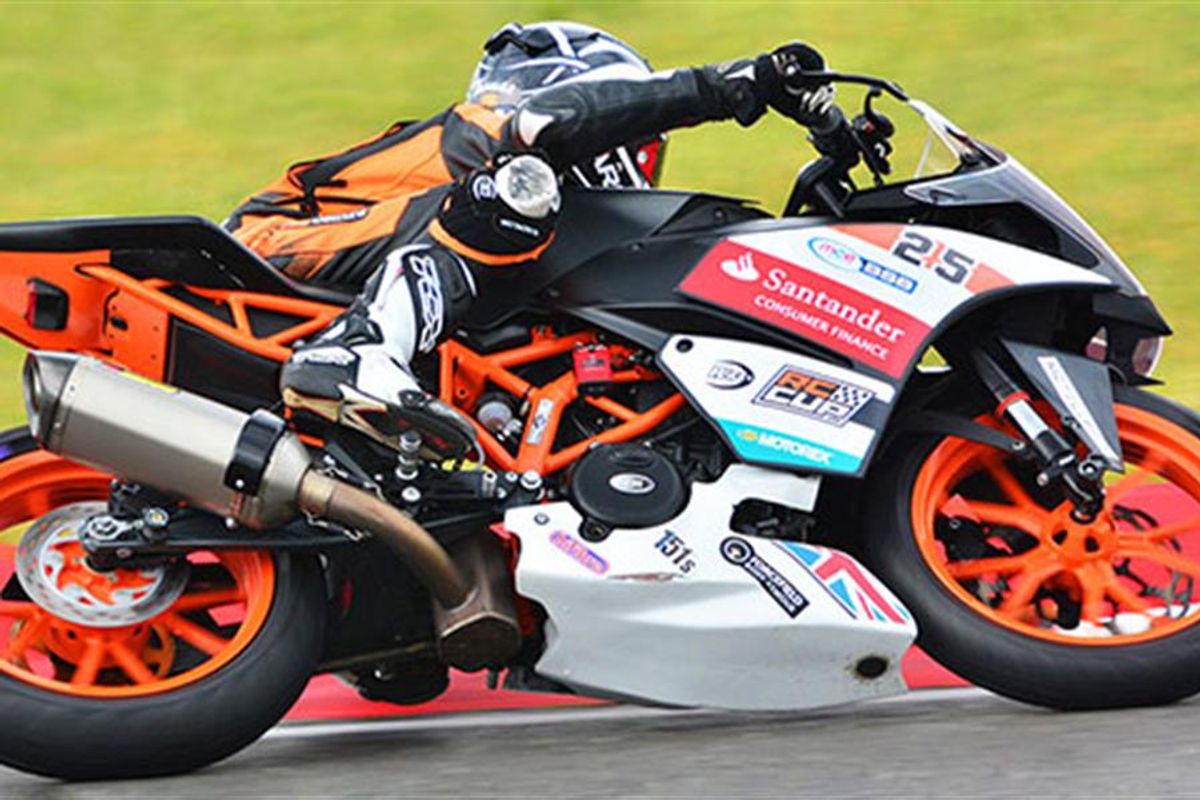 Current MiniGP 70 champion, the preciciously-talented rider has been racing motorcycles since the age of 5. His passion for motorbike racing quickly developed into his dream, and now at 13, holding the ‘Youngest National Race Winner’ record, Thomas is striving towards his goal of competing at Grand Prix Level.

Last year Thomas won the British MiniGP 70 Championship. Thomas also applied to Red Bull Rookies Cup and was invited to attend the selection event held in Spain. He rode well and got down to the last 42 riders from the top 109 young riders selected from around the world. Thomas also appeared on BT Sport "MotoGP Tonight" along with FAB-Racing.

Recently while riding a KTM 390 at Brands Hatch, Thomas got a great start and lead for 6 out of 8 laps, unfortunately on lap 9 Thomas was involved in an incident involving two other riders. Thomas broke his arm in 3 places and dislocated his wrist, which put him out for the rest of the weekend, but, true to form, he has spent his time speeding up his recovery by all means necessary! This year Thomas will be competing in The Santander Consumer Finance KTM British Junior Cup racing at British Superbike (BSB) rounds in the UK.